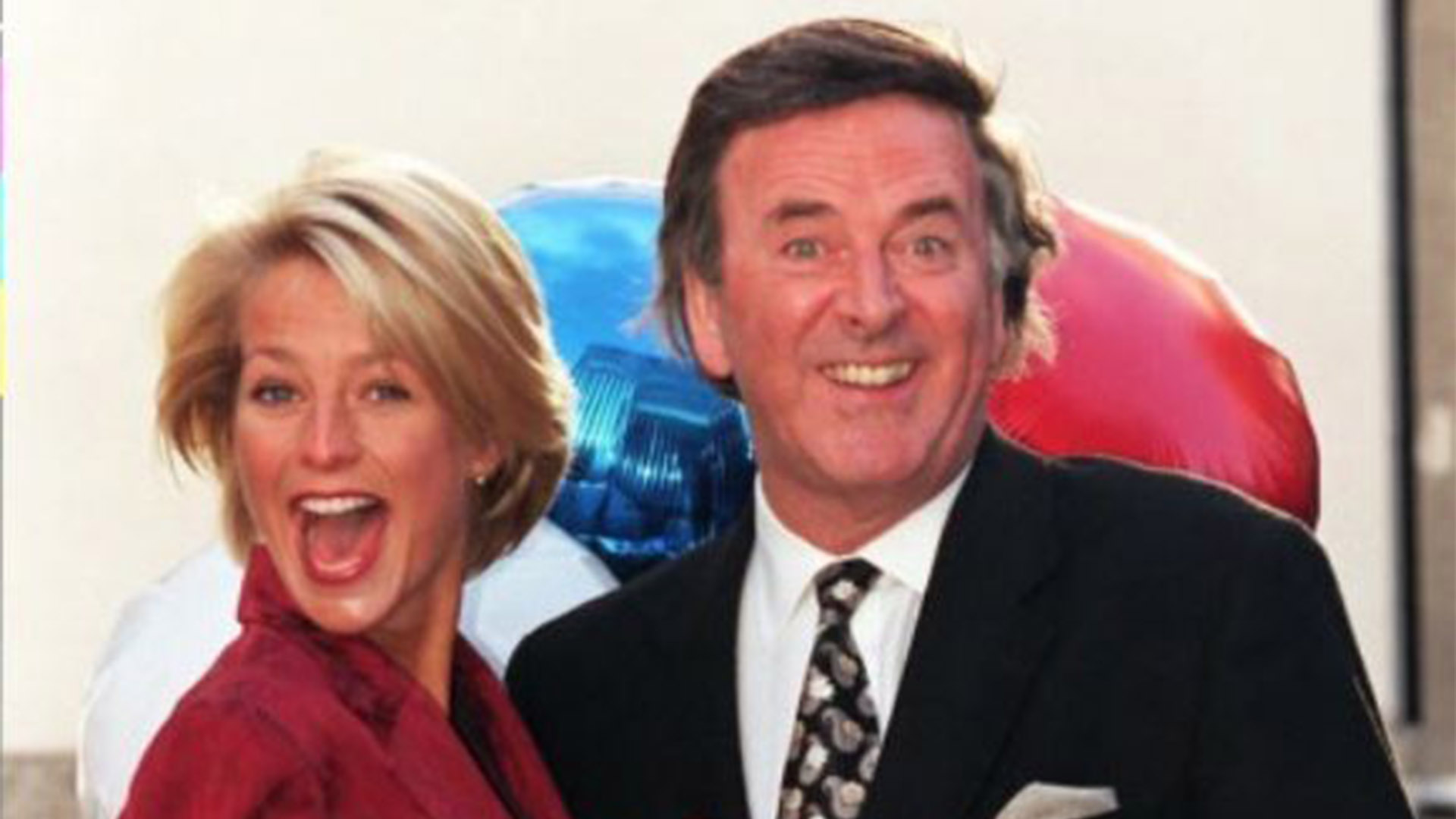 
IT is 25 years ago tonight that the UK last won the Eurovision Song Contest – with Love Shine A Light by Katrina And The Waves.

As the winning country became the venue for the following year, I got to host the bonkers extravaganza in Birmingham alongside the late, great Tel Wogan.

It was a dream come true for a Swede and an obsessive about all things Eurovision.

If you cut me in half, there would be kitsch and Waterloo running through my veins.

Since then, it has been an arduous journey for the UK, including walking away last with the dreaded “nul points”.

Naturally, hope weighs heavy on the shoulders of TikTok star Sam Ryder, who is performing our entry this year.

We already know how the majority of the voting will go, as this is also a test of geopolitical loyalty.

Greece will be giving top marks to Cyprus, which will reciprocate.

Those of the former Yugoslav republics who share alliances, history and ties will vote for each other.

It’s as cute as it is frustrating.

As the orchestra for Ukraine’s entry have been granted special dispensation to leave the country for their performance, wouldn’t it be nice if we all sent a signal of support and musical admiration to the besieged country?

I mean, of course I want Sam Ryder to win so I might be asked back to host this Eurotrashy spectacular.

But just thinking of Ukraine, wouldn’t it be lovely?

Learn the basics or we will all be in detention

IT’S that time of year again . . . except we’ve not had that time in the past couple of years due to the pandemic.

Next week sees the start of GCSEs and A-levels — a period of my life which I have long since put in a box and thrown away the key. Such was the personal trauma surrounding my exams.

Many people feel the education system, as it stands, is not preparing young people for the world of work.

In a recent survey, a third of businesses complained of a lack of basic literacy and numeracy.

That begs the question of what schools are actually equipping leavers for.

I was more than competent at school. Did very well throughout the year. Held my own, and then some. But when it came to exams, that moment they said, “Turn your papers over, you may begin” sent a shiver down my spine. This was swiftly followed by a blank mind.

Any crumbs of knowledge I’d spent months memorising were utterly wiped away. Distraction, anxiety, inability to concentrate and mind-numbing doubt would set in.

Like many, I struggled with exams. That was a great source of frustration as I felt I was only ever being assessed on my performance on a single day.

Tony Blair’s son Euan — a Yale-educated millionaire — has waded into the debate.

He firmly believes GCSEs should be scrapped because they are not a good barometer of future work performance and so could hinder social mobility.

Especially as only four per cent of those on free school meals get a place at one of the 24 leading universities in the Russell Group.

And he’s right. We do have an obsession with the path to university.

I have always been a practical gal. Algebra and I never got on but I could replace the oil in a Fiat Mirafiori from the age of nine. Lightbulbs and plugs were always changed with ease.

The functionalities of life were never an issue.

In this poll, 89 per cent of businesses said it was important for young people to be assessed on more than just academic skills. No one is arguing that we should dispense with structured academic learning — especially as the state of many people’s spelling and numeracy can be dire.

But above and beyond that, children need better, more practical skills in their armoury.

I’m appalled by my kids’ spelling, their lack of knowledge of geography and even world affairs. Perhaps I shouldn’t be.

Everything can be Googled now. It is all just a click away.

When I get on my high horse, they say: “Why does it matter?”

Of course, we cannot expect everything to be taught at school. So much of what makes a child — their hunger and ambition, the desire for attention and perfection — comes from home.

As parents, we have a responsibility to instil in them simple things about time management and teamworking; about being strong and resilient; even basic things such as interpersonal skills and interacting with others effectively.

I am no saint but I try hard to impress all of the above on my children – that sense of responsibility and ability to communicate properly.

We know not every domestic set-up will have that amount of support for every child.

Inevitably, many will fall through the gaps.

There is a shortage of basic skills that does not bode well for the nation’s future.

I can almost hear the eye-rolling among teachers and headteachers at the prospect of yet another overhaul.

But something must change or this country will fall behind.

And we don’t want to find ourselves in detention!

For those students sitting exams in the coming weeks, including my third Ungrateful — now taking A-levels, having never sat GCSEs due to Covid — remember you are more than just a grade.

You are more than a number and you are much more than an exam result.

This is just the springboard to the next stage of your life.

When you get to 54, you will have no recollection of what trigonometry is.

But it’s always nice to get your spelling right.

Putting the boot in is a waste of money

IT feels utterly disingenuous of me to be writing about the Rooney/Vardy libel case in the High Court.

Especially as I’ve lied to myself that I couldn’t give a monkey’s about two women who are willing to line the pockets of barristers to prove who said what, about who, to whom, and why.

This is not a matter of public interest.

But, boy oh boy, is it of interest to the public. The delights of the facts, gossip and revelations that will emerge over the coming week might be too much to bear.

But the hypocrite in me is galled that in the middle of a cost of living crisis, two women – who, let’s not forget, are merely wives of the famous – have more money than sense and are willing to fork out £3million on salvaging one of their reputations.

Poor Peter Andre’s has already gone down the pan with mention of his “chipolata”. And this will be an absolute banquet for fashion commentators.

As someone who has zero interest in fashion, what I loved most from the first day was the description that Rebekah Vardy wore a “trendy midi-short Edeline Lee dress”, while Coleen Rooney “opted for a £1,565 Mugler suit, which she paired with a £615 Gucci loafer”.

Poor lass. Hope she gets good wear out of the other one soon.

I’VE always had mixed feelings about the neutrality of my home country, Sweden.

As a pacifist child and teenager, I grew up in a nation that always chose conversation, compromise and negotiation when it came to political situations – and that gave me a sense of pride.

But I also grew up with the realities of airspace violations by the Russian military and knowing its submarines would, on occasion, lurk in the shallow waters of the Stockholm Archipelago – not far from where I lived.

Now, with Prime Minister Magdalena Andersson at the helm, Sweden potentially stands on the threshold of a historic move to join Nato.

At its heart, of course, it is a defensive alliance that would suit Sweden, which has, historically, not often chosen to be the aggressor.

I feel immensely proud of this fact.

More than half the population is now in favour of this move, which Finland is also considering.

Sweden has taken part in Nato missions in the past.

It has used its military for many peacekeeping missions around the world and has had mandatory conscription for men since 1901. Women have been included since 2018.

I believe, as a country, we can be a force to be reckoned with.

And I love the fact that together with Finland’s Prime Minister Sanna Marin, this definitive, momentous shift is being brought about by two women.

THERE’S been a rise in the number of discrimination claims against employers over “workplace banter”.

Like the woman in Scotland who was awarded £30,000 after colleagues referred to her as a “dinosaur” because she was going through the menopause.

Talk is now of coming down harder on offenders, which might be a good idea because some people still think that the odd joke with thinly veiled racial or homophobic undertones is acceptable.

Certainly, when I last worked in an office environment – some 35 years ago – you had to have pretty thick skin. Nowadays though, most right-minded people know where the lines are drawn because we have called people out.

But there is some truth in the old adage that offence can only be taken and not given. I sometimes worry we’ve become too thin-skinned. We are often too quick to call out bullying from a simple joke.

I work mostly from home. It’s just me and the dawg. He’s a great comfort but it’s a one-way street when it comes to banter.

There is a huge part of me which misses the nonsense workplace banter brings.

But that may just be me being desperate for human company.