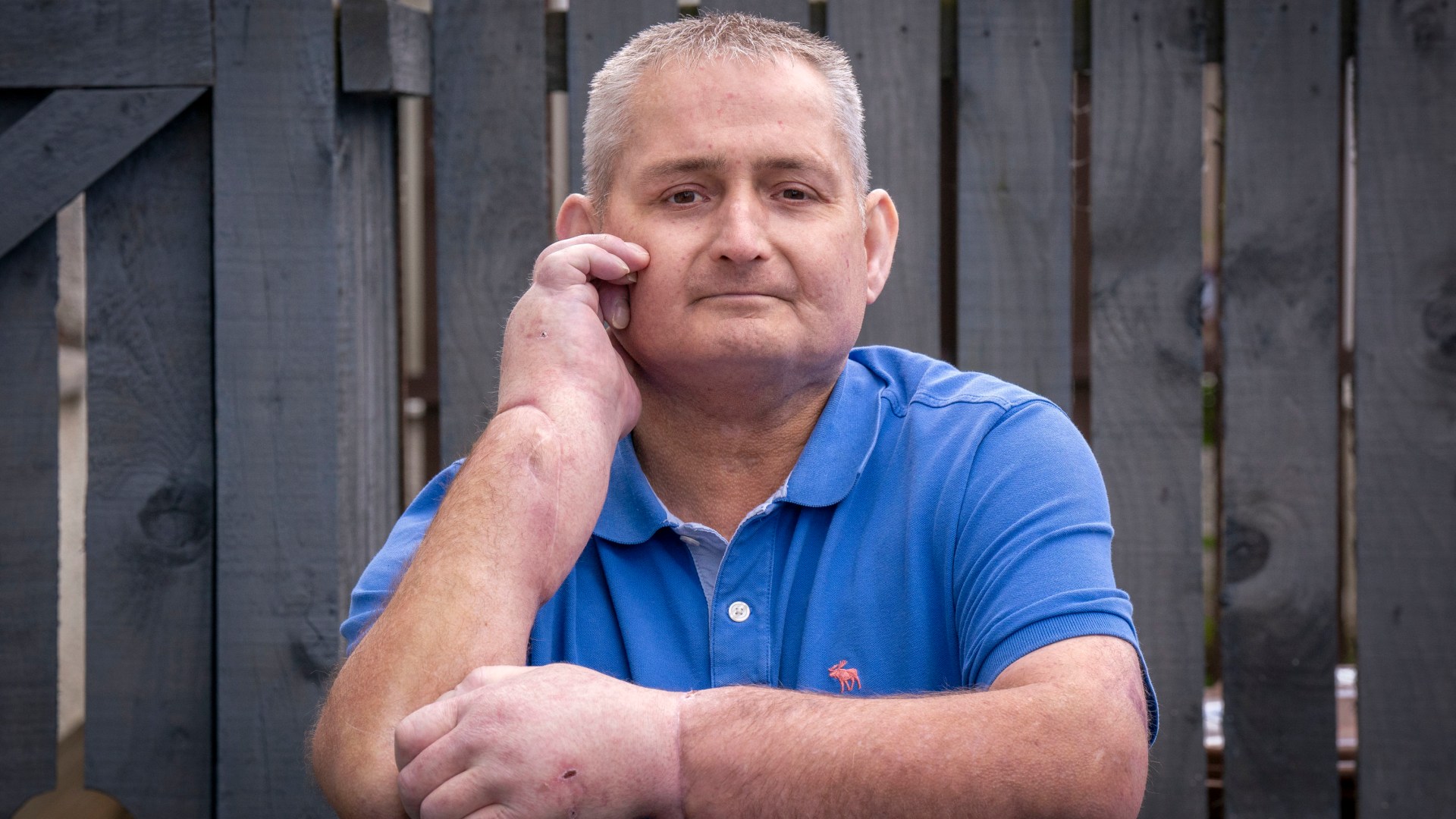 
A DAD who lost the use of his hands to a rare disease has had them replaced in a world-first operation.

Steven Gallagher, 48, suffered scleroderma, a condition where the skin hardens and tightens.

He was in horrendous pain as his fingers and hands started curling into fists, leaving him unable to pick things up or even get dressed.

After a double hand transplant in December dad-of-three Steven can now stroke his dog, turn on a tap and fill a glass of water.

Steven said: “These hands are amazing. From the moment I woke up from the operation I could move them.

“It has given me a new lease of life. The pain before the operation was horrendous, I was on so much pain relief it was unbelievable but now I’ve no pain at all.”

The Scot, of Dreghorn, North Ayrshire, was diagnosed with scleroderma 13 years ago.

The autoimmune disease causes scarring of the skin and internal organs.

The condition affected his nose, mouth and hands and seven years ago his fingers started curling in.

Steven said: “It got to the point where it was basically two fists, my hands were unusable. I couldn’t do a thing apart from lift things with two hands.

“I could not grab anything. It was a struggle to get dressed and things like that.”

After speaking to doctors Steven decided to go ahead with the op.

He said: “My wife and I came to the agreement to go for it. I could end up losing my hands anyway.”

The transplant was at Leeds Teaching Hospital NHS Trust.

Prof Simon Kay said: “This operation has been a huge team effort.”

Steven, who had to give up work as a roofer, hopes to be back on the job.

He said: “Everything is just slowly getting better.”