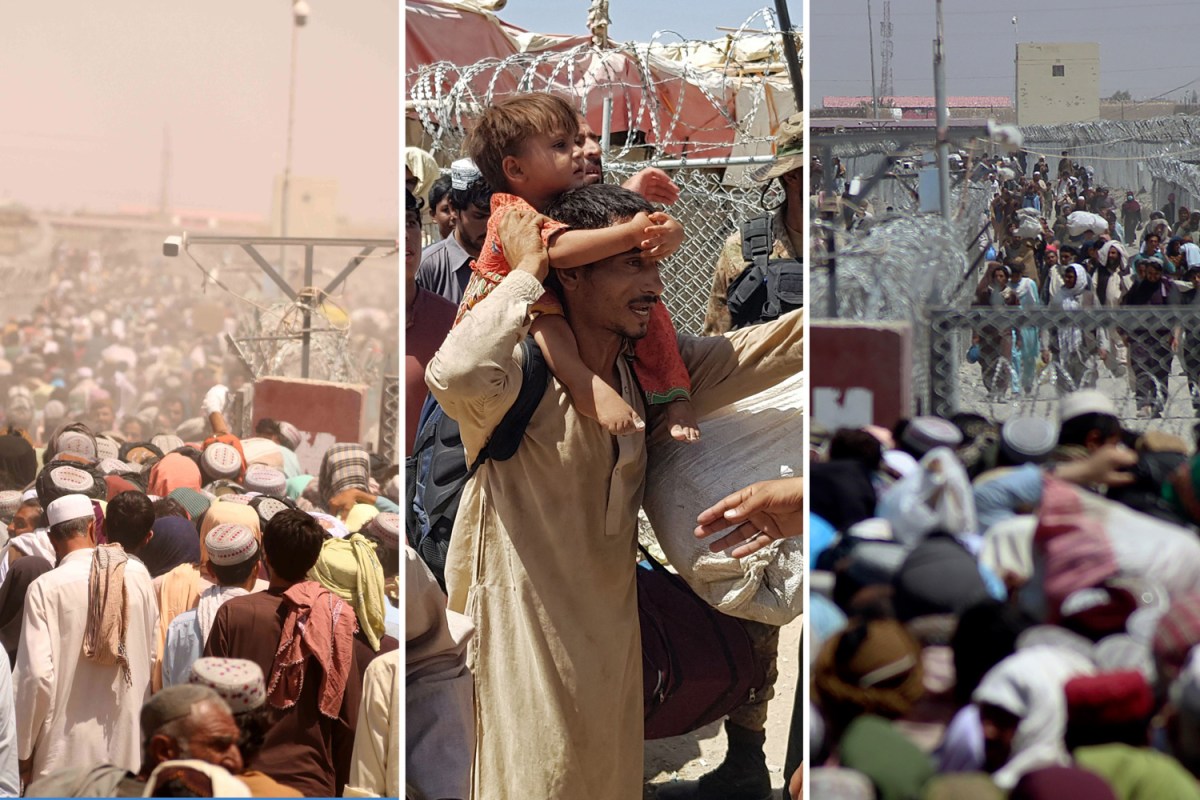 
HUNDREDS of thousands of refugees are trying to escape from rampaging Taliban fighters as the UK plans to evacuate up to 4,000 British nationals, contractors and staff.

Prime Minister Boris Johnson held an emergency Cobra meeting today as 600 UK personnel were dispatched and a new embassy is being hurriedly set up in a compound in Kabul airport for a skeleton staff.

Its fighters were marauding through the city of Herat, western Afghanistan today in a lightning offensive that is gradually encircling Kabul.

The fanatics now control two-thirds of the country, with the country’s second-largest city, Kandahar, falling to them.

Meanwhile, the UK has ordered 600 troops from 16 Air Assault Brigade to evacuate the British Embassy.

EXODUS AS CITY AFTER CITY FALLS

Only a skeleton staff of diplomats led by the ambassador Sir Laurie Bristow will remain in a temporary embassy on the Kabul airport military compound.

Denmark and Germany are also shutting their embassies.

Meanwhile, hundreds of thousands of Afghans have fled their homes amid fears the religious fanatics will again impose a brutal, repressive government, all but eliminating women’s rights.

Under the Taliban’s 1996 to 2001 rule, women could not work, girls were not allowed to attend school and women had to cover their faces.

They also had to and accompanied by a male relative if they wanted to venture out of their homes.

The United Nations begged for neighbouring countries to keep their borders open to allow people to escape.

The crossing is a major gateway between Afghanistan and Pakistan, and is reported to be under Taliban control.

It comes amid growing concern over the Taliban’s lightning offensive that is gradually encircling the capital Kabul only weeks before the full withdrawal of Allied armed forces.

US intelligence assessments concluded this week that the Taliban could isolate Kabul within 30 days and take it over in 90.

Defence Secretary Ben Wallace said he feared multinational terror network al Qaeda, the group behind atrocities such as the 9/11 attack on the World Trade Centre in New York, would “probably come back” as Afghanistan de-stabilises once again.