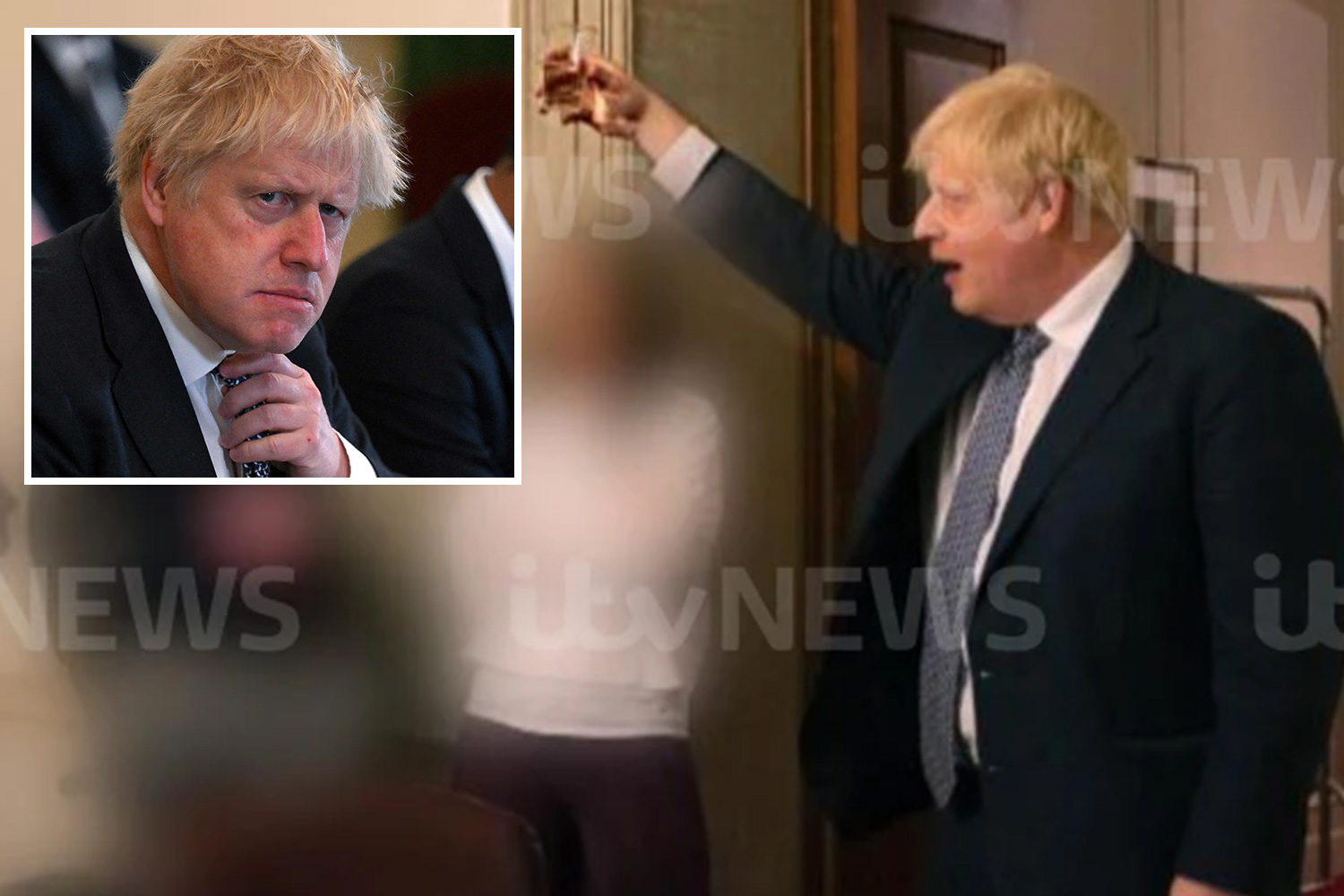 The raucous bashes in No10 and Whitehall are laid bare in the 37 page bombshell which also included nine photos of boozy bashes – with Gray ruling “many of these event should not have happened.”

Later the PM will tell MPs: “I commissioned this report to set the record straight and allow us all to move on.

“I accept full responsibility for my failings.

“I am humbled by the whole experience and have learned our lesson.”

Cabinet enforcer Gray took aim at the PM and top officials in her interim report saying: “There were failures of leadership and judgement by different parts of No 10 and the Cabinet Office at different times.”

The report will include three pictures that show the PM’s birthday bash in the Cabinet office for which he was fined, along with Chancellor Rishi Sunak.

They also show Cabinet Secretary Simon Case in the room – heaping more pressure on the Met Police to explain why the most senior civil servant was not slapped with a £50 fixed penalty notice.

There are six other pictures – all from spin doctor Lee Cain’s leaving do – four of which have already been leaked to ITV.

The PM will now face a punishing day of awkward questions over the Sue Gray report into Downing Street lockdown breaking – with an apology at PMQs expected, followed by a public address at a press conference later today.

His weekly audience with the Queen is also pencilled in for tonight as BoJo faces the music over dozens of rule-breaking breaking gatherings at the heart of government at the height of Covid.

Mr Johnson will also try to soothe baying Tory critics with a closed-door meeting of Conservative MPs later – in a packed day of Partygate pressure.

The 37 page Gray report was emailed over to Downing Street this morning and was printed off by staffer before being handed to the PM.

Just two days ago, bombshell pics showing Boris raising a toast while surrounded by bottles of booze were leaked.

The photos show the PM lifting a glass while surrounded by staff at a leaving do for his comms chief Lee Cain on November 13, 2020.

At the time meetings between people from separate households were prohibited – unless they were in an “exclusive support bubble”.

Cops did NOT fine Mr Johnson over the event and only stung him for a single birthday bash in the Cabinet Room.

This afternoon, the embattled leader is expected to grovel for forgiveness in the Commons as the full extent of Partygate is finally laid bare.

He will then seek to see off a leadership challenge with a private apology session to Tory MPs before seeing the Queen, possibly on Zoom.

Ms Gray was still tweaking the “hefty” report just a week after the Met finally finished their Partygate investigation with more than 126 fines dished out to 83 people.

As it was being finalised, tensions between Ms Gray and No10 exploded into an open briefing war – including toxic claims the PM suggested the report never see the light of day after the cops concluded their own investigation.

The accusation in The Times surfaced after a number of hostile attacks online and in newspapers against Ms Gray and the political neutrality of her team and Labour links of her family.

Downing Street formally denied putting pressure on Gray to bin her report, saying: “The Prime Minister wants the report to be published.

“He’s looking forward to the conclusion of the report and it being put in the public domain.”

Mr Johnson’s official spokesman added: “The PM did not ask for that report to be not proceeded with or to be dropped.”