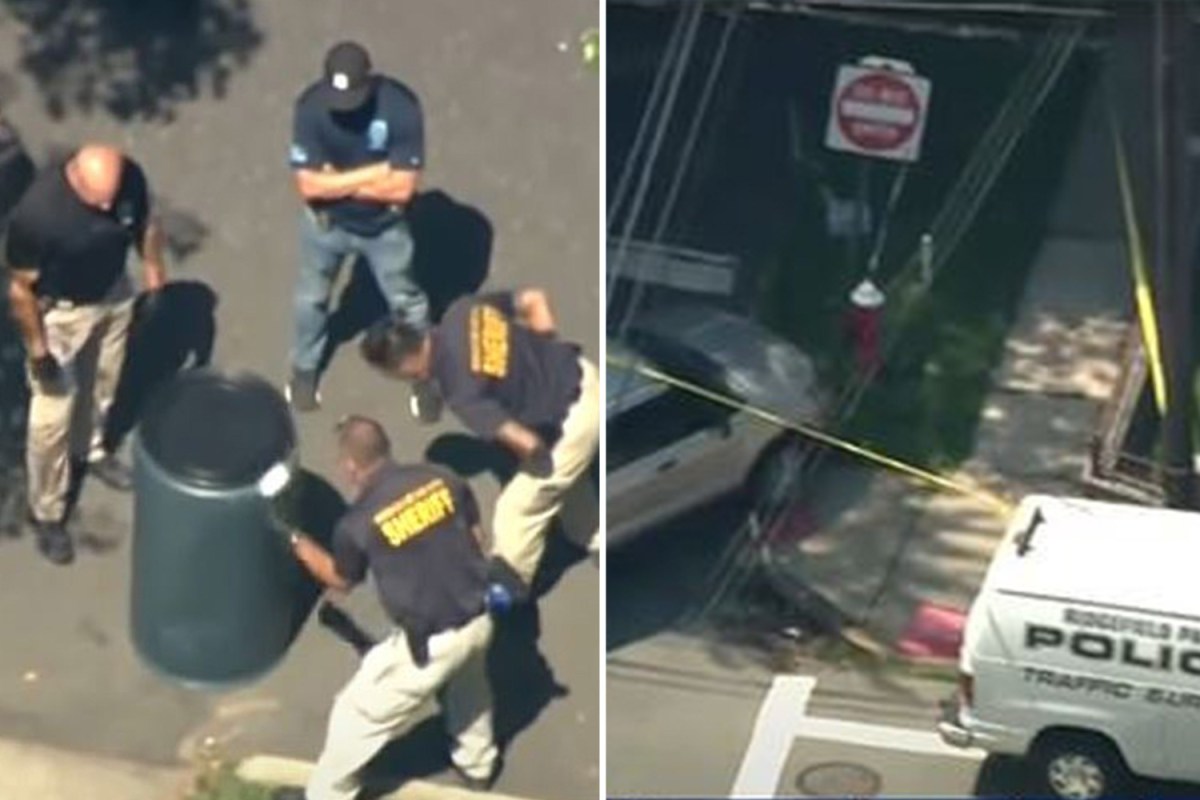 
RESIDENTS are reeling after female human remains were found dumped in a barrel in their quiet New Jersey street.

Cops attended the scene at Ridgefield Park – a quiet town of 13,000 people just across the Hudson River – at around 10.30 am on Friday.

They found a large green barrel with a lid on in the middle of the street and found a female victim’s body inside, according to local news outlet Daily Voice.

Forensic teams are working frantically to establish how she died.

“Human remains were located in the container, and the circumstances of the death and the origin of the container are being investigated,” he said.

The barrel was dusted for fingerprints and eventually put into a large black can and driven away just after 2.30pm.

It took two officers to hoist the barrel into the van.

Locals on the corner of Hobart Street and Teaneck Road, where the body was found, say the container may have been dumped overnight.

Long-time resident Jim Donohue was riding his bike when he noticed a helicopter flying overhead, and a heavy police presence in the neighborhood.

He described the areas as “quiet” with “very little crime”.

Only six homocides have taken place in Ridgefield Park since 1986, according to the FBI’s Uniform Crime Reporting Program.

Residents are still reeling from the shock, one bystander told CBS 2.

“It’s so scary to know that somebody just stuffed somebody in a barrel, like they are nothing. It’s so scary. That’s really brutal,” they said.

“I hope they caught whoever it was because I don’t want to have to look over my shoulder. I want my kids to be able to play outside.”

Garbage crews pick up rubbish on Fridays, so the barrel did not initially appear suspicious.

Bergen County prosecutor’s office is appealing for witnesses with information to come forward.

An investigation is ongoing.