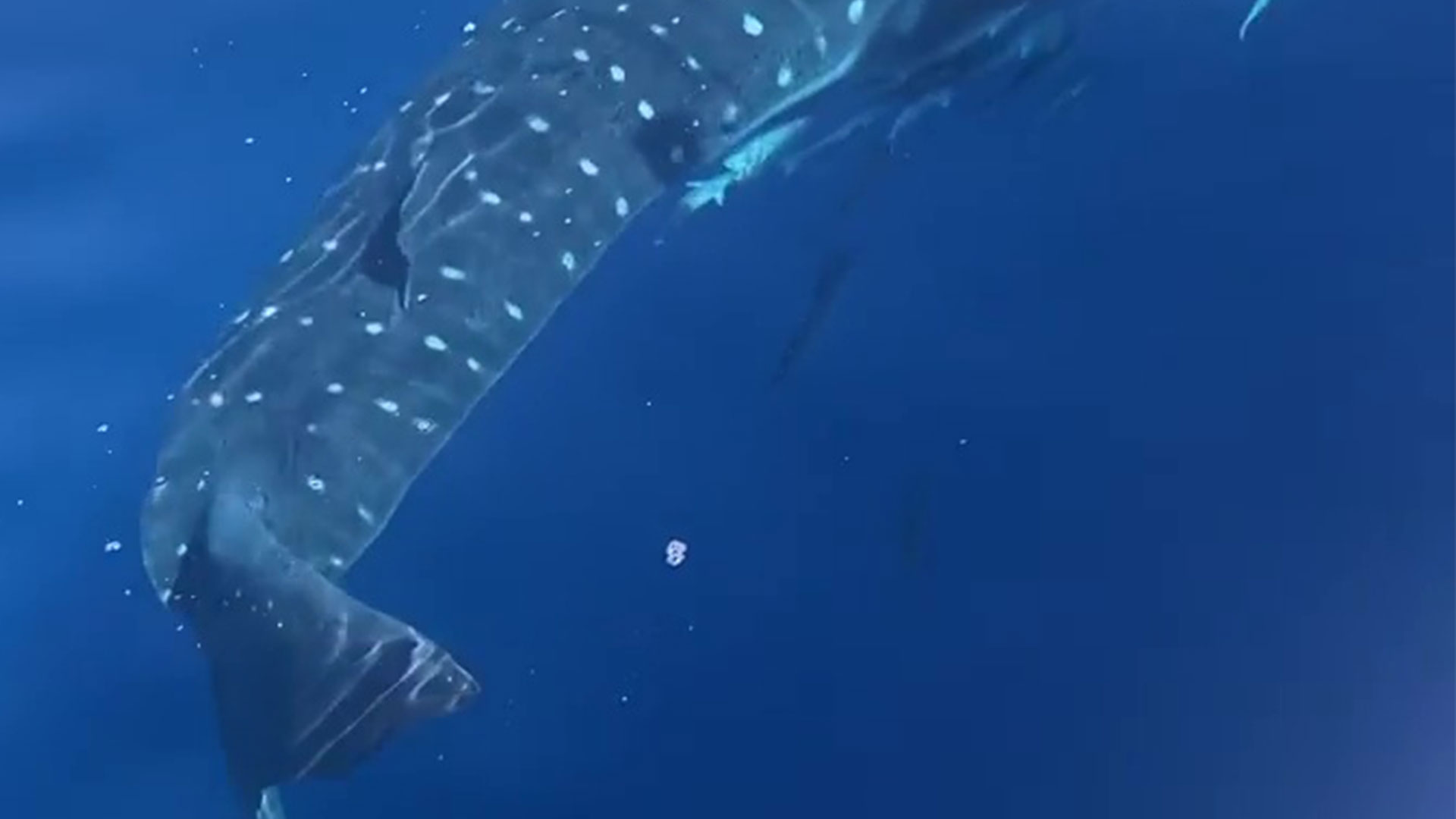 
A GROUP of huge whale sharks measuring up to 40 feet each has been spotted circling a popular beach.

Noah Gunn said he and his group spotted the whale sharks while fishing on Thursday.

Gunn, speaking to WFLA, said the sharks swam up to the boat he was fishing on with others.

He believed one shark to be between 35 and 40 feet long.

“It was wider than the boat when it swam under us,” he added.

He recorded a video of the sharks as they approached and sent it to WFLA.

Gunn had not seen whale sharks before, he told the outlet.

“How insignificant something like these animals can make you feel,” Gunn said of their massive size.

Gunn was fishing off the coast of Anna Maria Island in Florida.

Whale sharks were also spotted recently in other parts of Florida.

Two boaters from Tampa Bay had a whale shark swim alongside them at the end of May while they were on the waters in Sarasota.

About a week before that, whale sharks were spotted in Madeira Beach.

“Or, at least, we’re getting those encounters recorded more frequently because everybody’s got an iPhone or a GoPro and great ways to record.”

Whale sharks can grow to lengths of over 40 feet and weigh over a ton, according to Florida wildlife officials.

They feed primarily on microscopic plankton.