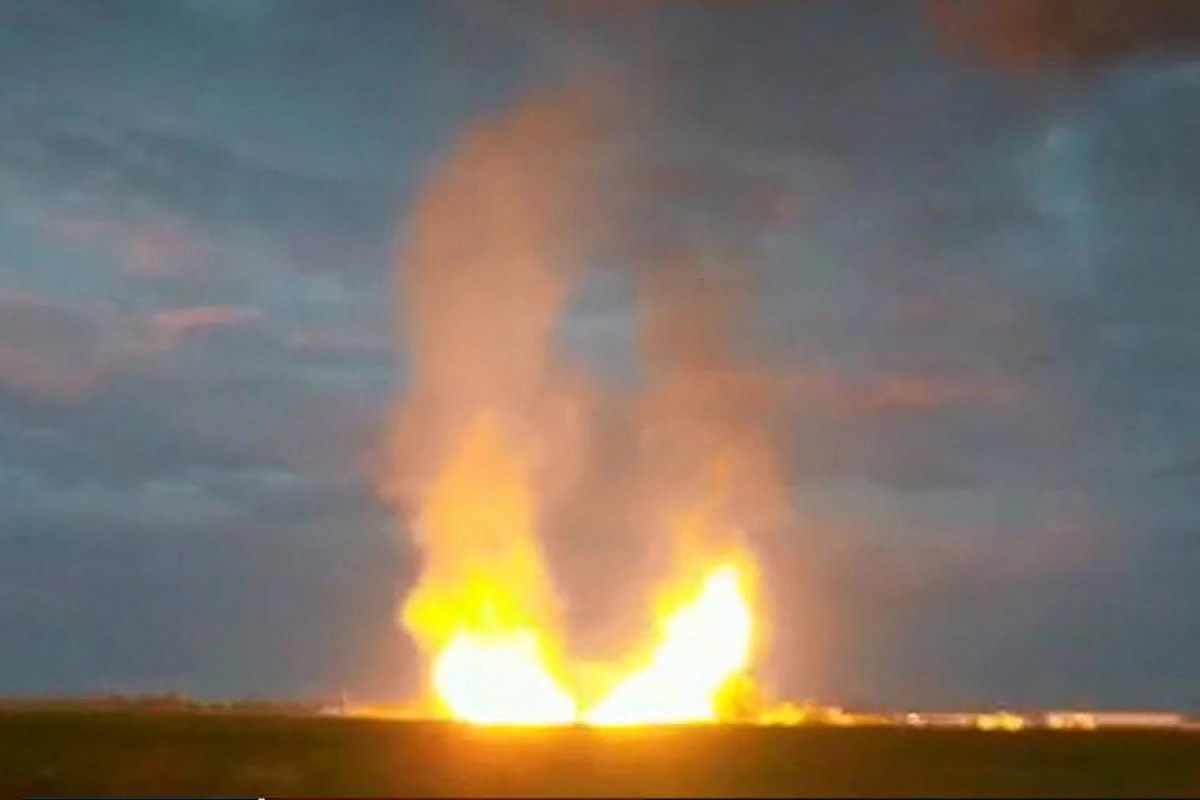 
A HUGE fire is raging in Arizona following a “loud explosion” that rattled nearby buildings and left one woman severely burned.

At least one home has also been engulfed by the fire in Coolidge as of early Sunday afternoon, the Pinal County Sheriff’s Office said.

She was airlifted to a local hospital. Her condition is not yet known.

The woman reportedly told police that there were two other people inside the ablaze home. They have not yet been accounted for, Scott said.

There is also livestock that has been injured, he added.

Officials said the explosion was likely caused by a gas line break.

Rumbling from the blast was heard as far as 25 miles away in Casa Grande, witnesses told local media.

Residents told Fox 10 they heard a “roaring” from the fire, comparing the sound to a jet or a flamethrower.

Energy company Kinder Morgan later confirmed that there was a pipeline failure at the El Paso Natural Gas Company, and that they would be investigating what caused the leak. No employees were hurt.

According to an emergency alert sent out to local residents, there are no evacuations in progress.

State Route 87 is closed in both directions at milepost 128 south of Coolidge until further notice, the Arizona Department of Traffic confirmed in a tweet.

Police say the scene remains active and crews are on-site working to contain the fire.