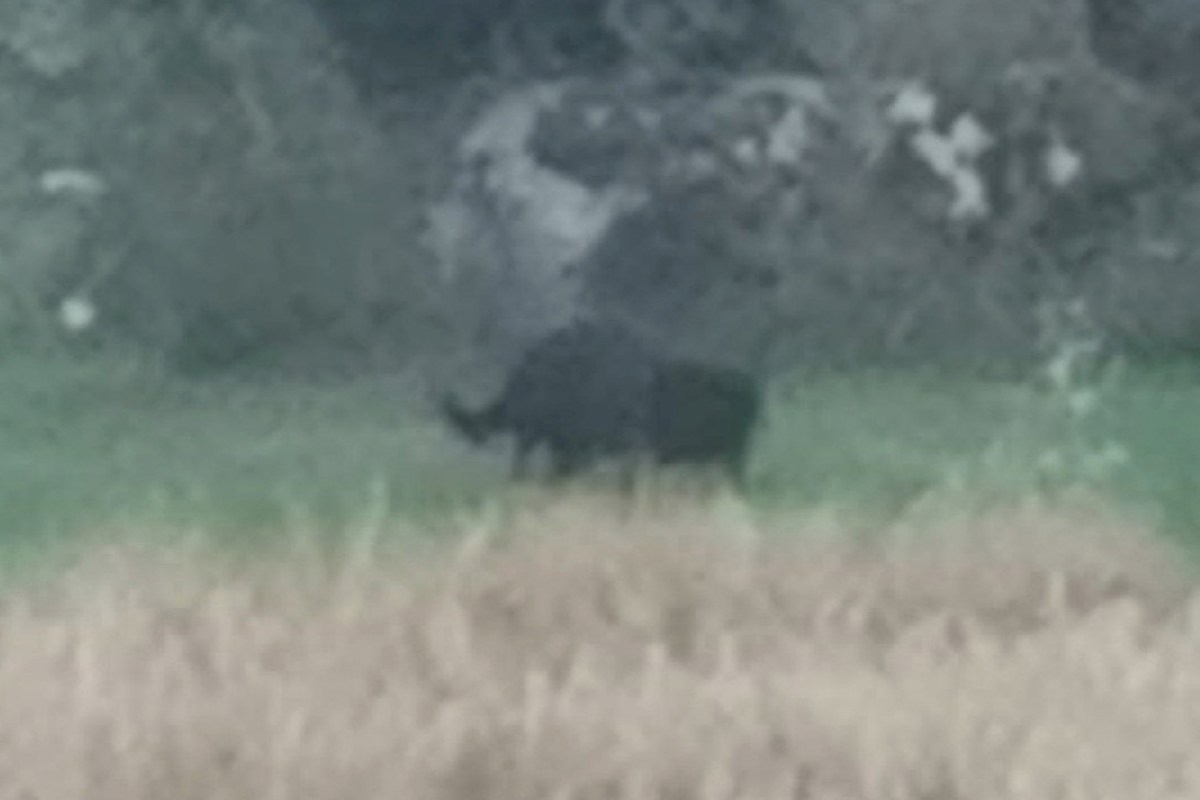 
A HUGE cat lurking in farmland near homes has been caught on film amid fears a panther could be on the loose.

Michelle Lee was ­looking out for bats on Tuesday from a bedroom window with her son Bobby, 12, when she spotted what she claims was a 5ft-long creature.

The mum of three thinks the beast may be the “Black Panther of Rutland” that she heard rumours of years ago.

Hairdresser Michelle, 36, recorded footage on her mobile of the animal in a field by her home at Empingham, Rutland.

She said: “I zoomed in and saw it was this absolutely huge cat.

“I couldn’t believe it. If it was a normal cat or a dog, I wouldn’t have spotted it.

“When I was growing up I remember hearing rumours of the Black Panther of Rutland from when I was aged about eight.

“I never dreamed in a million years I might see it from my own bedroom window.

“There have been sceptics on social media but once I shared an image of how far I zoomed in, some changed their minds.”