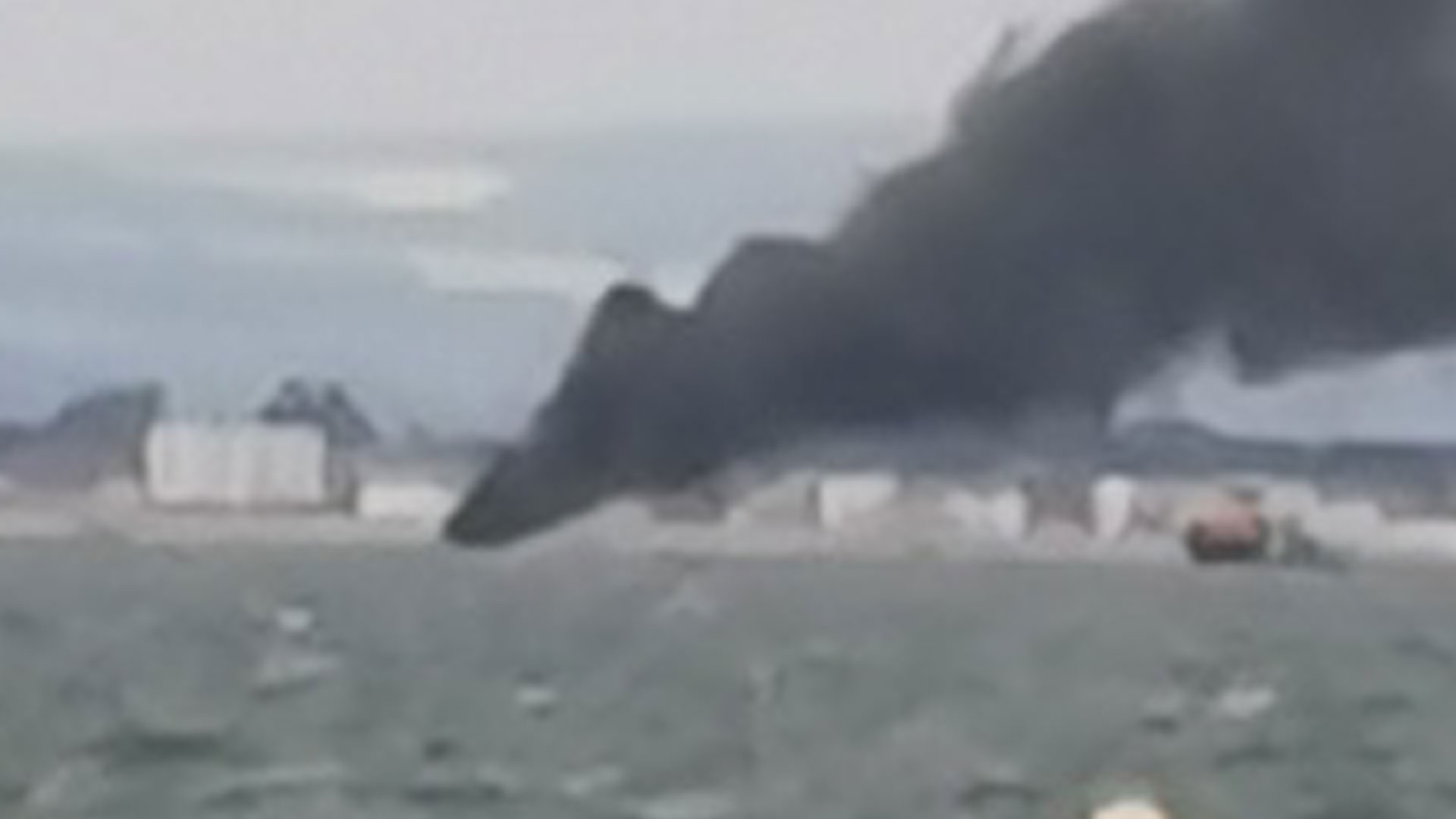 
A HUGE blaze has broken out on a ship off the Hampshire coast, triggering a mayday call.

An emergency operation was launched after the coastguard received a call at around 3.20pm with the fire having started in the 38ft vessel’s engine room.

Two people on board the ship, which was off the coast of Portsmouth, have been evacuated and both are understood to be uninjured.

By the time lifeboat teams reached the vessel it was engulfed in flames and it was deemed unsafe to attempt to put out the blaze.

The Maritime and Coastguard Agency despatched a fire tug and vessels in the surrounding area have been warned to stay away.

A spokesperson for the agency said: “At approx. 3.20pm today, HM Coastguard received a mayday alert reporting a fire in the engine room of a vessel with two people on board in the East Solent.

“Bembridge and Gosport lifeboats were sent and both people were evacuated from the vessel and the vessel was towed to an anchorage.

“Both Hampshire Fire and Rescue as well as the Isle of Wight Fire and Rescue Service are attending and a fire tug is proceeding, while all vessels have been advised to stay clear.”

A RNLI spokeswoman said: “Bembridge RNLI have responded to incident this afternoon on the Solent.

“The All-Weather lifeboat was launched to reports of a 38ft vessel on fire with two people onboard.

“First on scene was Gosport & Fareham Inshore Rescue Service (GAFIRS). The Independent lifeboat crew safely recovered the two casualties off the vessel and established a towline onto it.

“Once on scene, Bembridge RNLI took over the tow and anchored the burning vessel.

“The two people have been taken ashore by Bembridge lifeboat crew and are recovering after the incident.

“The Queen’s Harbour Master from Portsmouth has dispatched a tug who are attempting to put out the fire.”

Eyewitnesses took to social media to share photos of billowing black smoke coming from the vessel.

One Twitter user wrote: “Big fire and smoke coming from a boat off Mulberry Harbour.”

Another added: “Boat fire off Eastney. Looks like @outonashout @RNLI are on the scene”, while a third added: “Boat on fire in the Solent #Southsea #Portsmouth”.

Alan Waters from the cafe Coffee Cup Eastney said the emergency services have been tackling the blaze near the man-made island Horse Sand Fort.

He said: “There’s a boat there at the moment and they’re trying to put the flames out. There were several ships nearby. We were quite surprised.

“[The fire] was very noticeable with thick, black smoke. It was a shock.

“We could see the flames from here.”