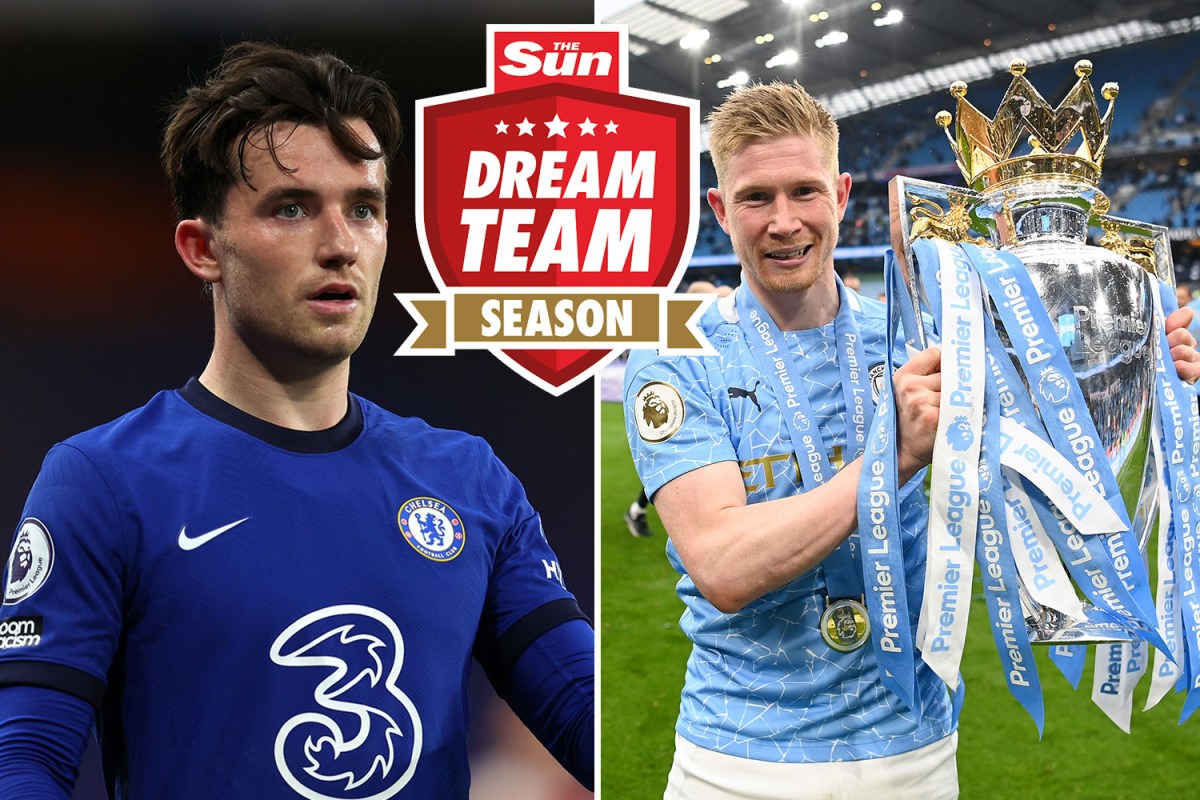 
It’s time to start thinking about the 2021/22 season and a decent first draft of your Dream Team.

In hope of giving you inspiration, let’s talk through what we think is a decent XI at this stage…

Chelsea’s first-choice keeper ended last season as the best player in his position and there’s seemingly no reason the Blues can’t contend for the title under Thomas Tuchel.

Defensive solidity has been a key element of Chelsea’s play since their most recent managerial change so backing Mendy to keep clean sheets from the get-go feels sensible.

We’ve gone for a trio of full-backs capable of providing clean sheet points while also chipping in with odd attacking return.

Robertson in particular has proved himself to be one of the most regular assist-providing defenders in recent seasons.

Chilwell may be down England’s pecking order currently but he’s a key player for Chelsea – he was brilliant in the Champions League final.

Lamptey may raise a few eyebrows but he’s a talented lad and many wise observers think Brighton might start registering results in accordance with their underlying numbers.

The 20-year-old is very cheap and has the attributes to provide a respectable number of assists.

No justification needed for Man City’s playmaker extraordinaire, De Bruyne is the world’s best midfielder when fit and he gets ample opportunity to flex his muscles at the Etihad.

And a similar thing applies to Man United’s talisman as Fernandes was by far and away the best Dream Team midfielder in 2020/21.

The 26-year-old has scored 18 goals and provided 12 assists in the Premier League alone last season.

Leeds finished 2020/21 as the Premier League’s most in-form team and most neutrals will be looking forward to seeing Raphinha take to the pitch again after his skills provided suitable entertainment during the Brazilian’s first term in England.

He averaged a goal or assist every 158 minutes in the league last season so he could be a midfielder to back before the European competitions get underway.

Mount will continue as Chelsea’s dynamic midfielder having proven himself to Tuchel in the final third of last term.

How can you not start by picking last season’s Golden Boot winner and top assist provider? Kane is almost a must-have.

To afford the big names you need to cut costs elsewhere and so we’re willing to give Toney a run from the off.

Brentford play good football and potentially have it in them to emulate the likes of Wolves, Sheffield United and Leeds with an impressive top-flight campaign following a promotion.

Toney scored 33 goals in the Championship last season and will hope to emulate Ollie Watkins and Patrick Bamford’s successful progression.

Liverpool will have sorted themselves out over the summer, won’t they?

It’s hard to imagine the Reds struggling (relatively speaking) for a second successive season and Salah has been arguably the most consistently reliable Dream Team performer since he rejoined the Premier League.

That’s our first draft XI, it’ll probably change at least a dozen times before the season gets underway but that’s all part of the fun.

Many of you will almost certainly be able to create a better XI than us so sign-up for Dream Team now and unleash your inner Pep Guardiola – just don’t overthink it!