How PSG could line up next season with Cristiano Ronaldo, Lionel Messi, Neymar and Pogba forming all-star side 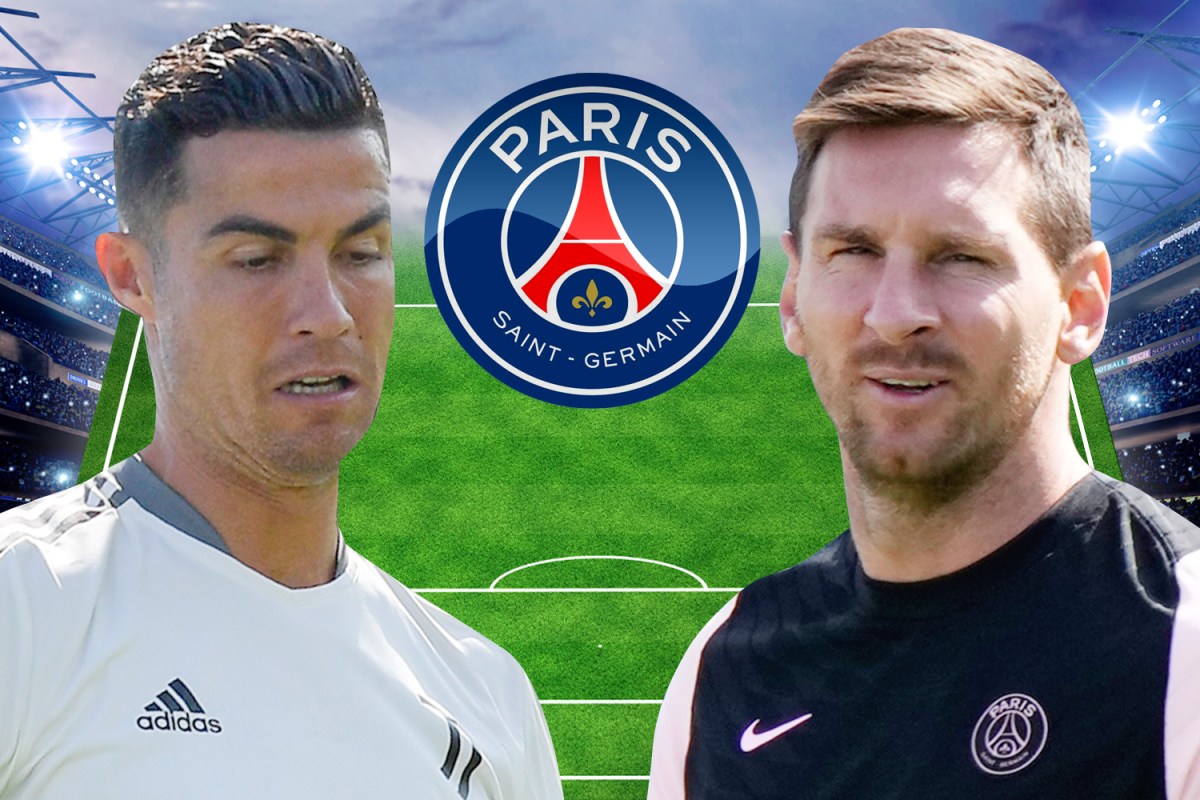 
PSG proved kings of free transfers this summer after bringing in a wealth of talent on the cheap.

Sergio Ramos, Gianluigi Donnarumma, Georginio Wijnaldum and Lionel Messi were sensationally all signed for nothing, bar their wages and any other bonuses.

Messi, 34, adds to an already lethal attack of Kylian Mbappe, 22, and Neymar, 29, who the Argentine played with at Barcelona.

And you can add his countryman Angel Di Maria, 33, and Mauro Icardi, 28, to that list too.

But apparently that is not enough for PSG.

According to AS, the French giants will eye Cristiano Ronaldo, 36, if superstar Mbappe is to leave the club.

And Ronaldo has only a year left on his current Juventus deal, leaving PSG monitoring his situation.

A potential move could finally see long-standing friendly rivals Messi and Ronaldo play in the same side.

And put Neymar into that mix as well, it becomes possibly the most iconic attacking line up of all time.

All three players are both equally comfortable out wide or centrally.

Messi could play as a false nine or on the right, with Neymar preferred on the left.

Ronaldo is traditionally a left winger, but could play as a striker, with Messi and Neymar occupying the wings.

Also in the final year of his contract is Manchester United midfielder Paul Pogba.

Pogba, 28, is yet to renew his Old Trafford deal and his future in Manchester has long been up in the air.

PSG are known admirers, but appear to have ruled out a move this summer after signing Messi to reported wages of £650,000-per-week.

Having already signed Wijnaldum, 30, from Liverpool on a free, the Ligue 1 favourites could look to do the same with unsettled Pogba.

It would also make a terrifying midfield, made up of the Frenchman, Wijnaldum and Marco Verratti, 28.