How Messi could live in Paris, from dining on Michelin-star cuisine to shopping at Dior and starring at fashion week 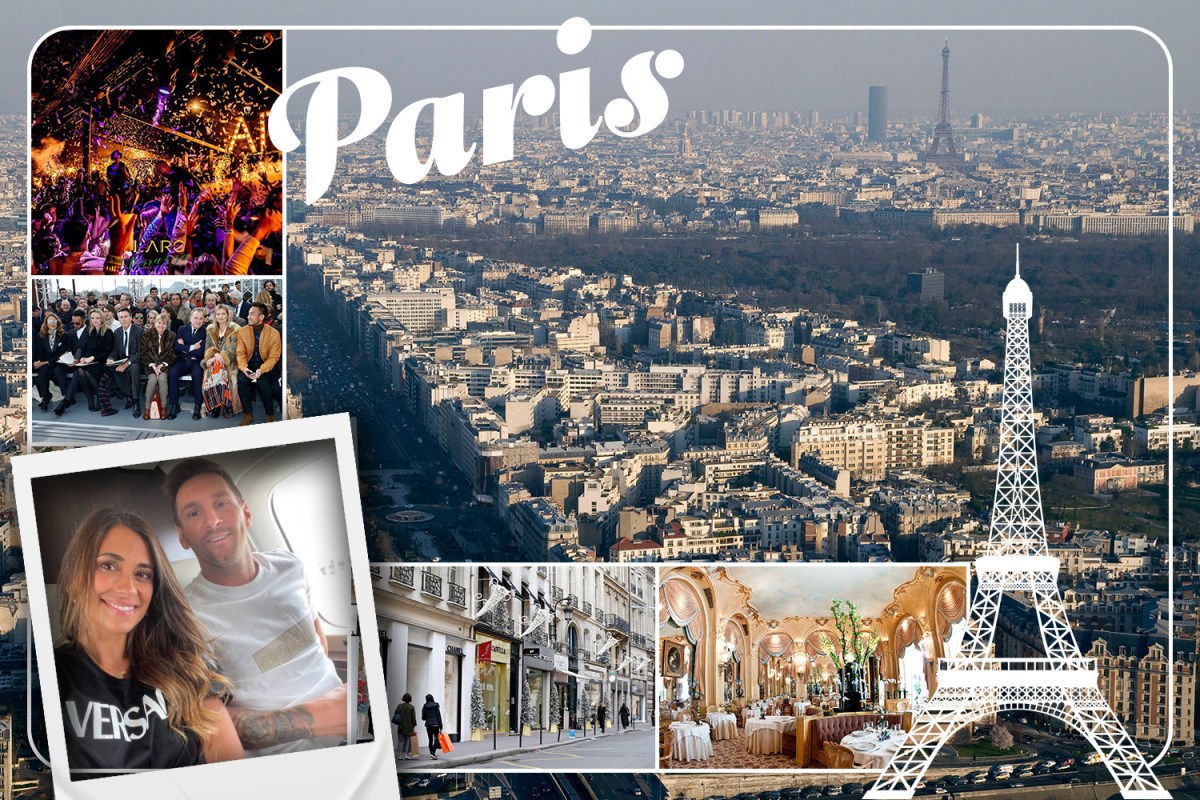 
LIONEL Messi finally said ‘Oui’ to PSG on Tuesday, and is set for a huge cash windfall.

The 34-year-old ex-Barcelona star has inked a two-year-deal worth £50million-per-season, which will serve him well for the incredible Paris lifestyle he’s set to lead.

The six-time Ballon d’Or winner, who already led the high-life in Catalonia and has amassed a net worth of around £300million, could dine at the finest Michelin-star restaurants and shop at the most exclusive designer boutiques.

There’s also the annual Paris Fashion Week, that is usually attended by pal Neymar and other PSG stars.

This is how Messi could live his life in the French capital.

Currently, Lionel is staying at the five-star Royal Monceau, a favourite of the likes of Robert De Niro, Madonna and Kim Kardashian.

But he’s currently house-hunting, and will look at the exclusive suburbs of Paris.

There’s Bougival, where Brazilian superstar Neymar has a mansion and French movie star Gerard Depardieu called home for years before emigrating to Russia.

While Argentinian winger Angel Di Maria has settled in posh Neuilly-sur-Seine, although his family was targeted by robbers while he was playing at the Parc des Princes.

Either area offers close proximity to the club’s training ground in Saint-Germain-en-Laye.

Both Neuilly-sur-Seine and Bougival offer sizeable multi-million homes big enough to house the Messi-clan, including wife Antonela and their sons Thiago, Ciro, and Mateo.

Only the best food will do for Messi, who is a lover of seafood.

Lucky for the foodie, who had to cut down on his love of Argentinian beef for a more rigid diet to stay the world’s best footballer, he has the pick of some the finest restaurants around.

Paris boasts nine three Michelin-star restaurants, including the exclusive Alain Ducasse restaurant in the Hotel Plaza Athénée, L’Espadon at The Ritz, and the healthy-eaters’ choice, Arpege.

Set menus that can cost around £500-per-person at those places.

But there’s other delights too, that are often frequented by celebs and the fashion conscious.

Girafe offers amazing food that can be chowed down on while sitting on a beautiful terrace with the Eiffel Tower in full view.

While trendy Loulou is always packed during Paris Fashion Week.

Fashionable Messi loves designer threads from the likes of Balenciaga, Gucci and more.

Lucky for him, and missus Antonela, Paris has the pick of the best fashion boutiques you’ll find.

Dior, Givenchy, Hermes and Chanel all have shops there.

Should Messi want to do his shopping all under one roof, the newly renovated La Samaritaine offers retail for more affluent customers, restaurants, as well as a boutique hotel.

Messi isn’t known for being a party animal. But should he wish to let his hair down, Paris offers amazing nightlife.

Neymar famously had his 28th birthday party at the super club Yoyo, where the best house DJs play.

PSG’s players have had a reputation of being serial clubbers, with former manager Thomas Tuchel once revealing he had numbers for all the club owners to keep a check on his stars.

L’Arc is another hotspot that is a celeb haven, with a suitable A-list guestlist.

Come September 2022, expect Lionel and Antonela to be sitting front row at one of the many Paris Fashion Week shows the designers throw.

And if he follows Neymar’s lead, he could be a regular. The most expensive player in the world was seen at last year’s Balmain event.

While in previous years, he’s been in attendance at the Louis Vuitton catwalk show alongside David Beckham, as well as the Off White show with ex-team-mate Dani Alves.

PSG have always had an association with Paris Fashion Week, which has helped them become the pioneers of football streetwear – partnering with the likes of Levis, Air Jordan and Hugo Boss.

Who knows… you might just see Messi walking down that runway too.