How Man Utd could line up against Leeds with Jadon Sancho making debut, Martial leading line and Lindelof in defence 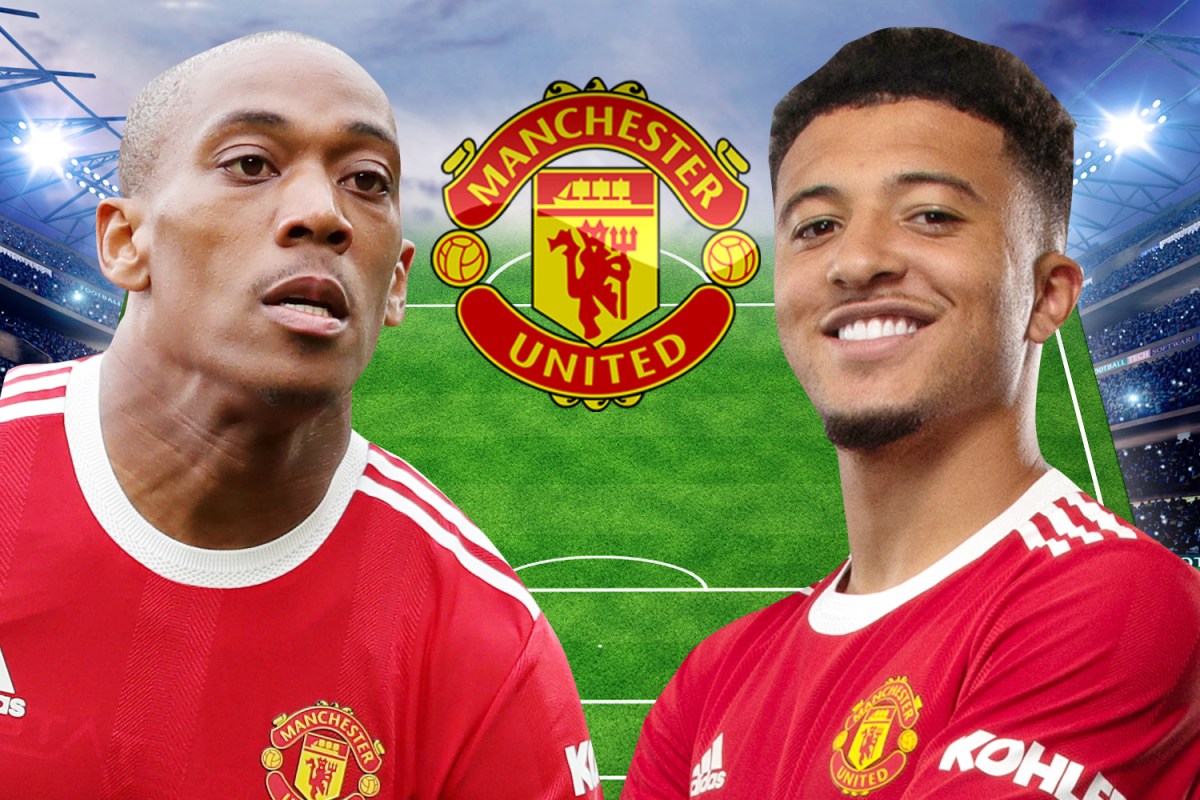 The Premier League welcomes the return of full capacity crowds for the first time since the pandemic began and it promises to be an electric atmosphere at the Theatre of Dreams.

United will be aiming to get off to a winning start as they begin their bid to better the second-place finish they achieved last season.

Bruno Fernandes led by example in a 4-0 win over Everton in United’s last pre-season friendly last week, and Ole Gunnar Solskajer could name a similar line-up.

David De Gea is expected to start with Dean Henderson having recently struggled with COVID-19.

And there could be an unchanged back four in front of the Spaniard, with last season’s regulars Aaron Wan Bissaka, Victor Lindelof, Harry Maguire and Luke Shaw all expected to start.

Raphael Varane has finalised his move to the Red Devils but Saturday’s fixture will come too soon for the Frenchman.

Midfield provides Solskjaer with a bit more of a selection headache, though Fernandes is almost a certainty to start.

Paul Pogba could also start and is likely to be joined by one of Donny van de Beek, Scott McTominay or Fred.

Jadon Sancho could also make his United debut on the right flank, with Antony Martial and Mason Greenwood joining the England star in attack after both scored against Everton last Saturday.

But if Sancho starts on the bench, Anthony Elanga or Dan James could be named in attack instead.

The Leeds game could come too soon for Edinson Cavani, with Solskjaer providing an update on the striker.

He told Manutd.com: “Edi (Cavani) is in the country. He’s just finishing off his isolation period. He’s had a little bit of extra time for personal reasons.

“Eric (Bailly) and Amadn (Diallo) are also in the country waiting to get the all-clear to join the team again. They’ve had a very exciting summer of course, been in the Olympics (and) played games before that as well, so they should be fit before they come.”