How does the Taliban treat women in Afghanistan? 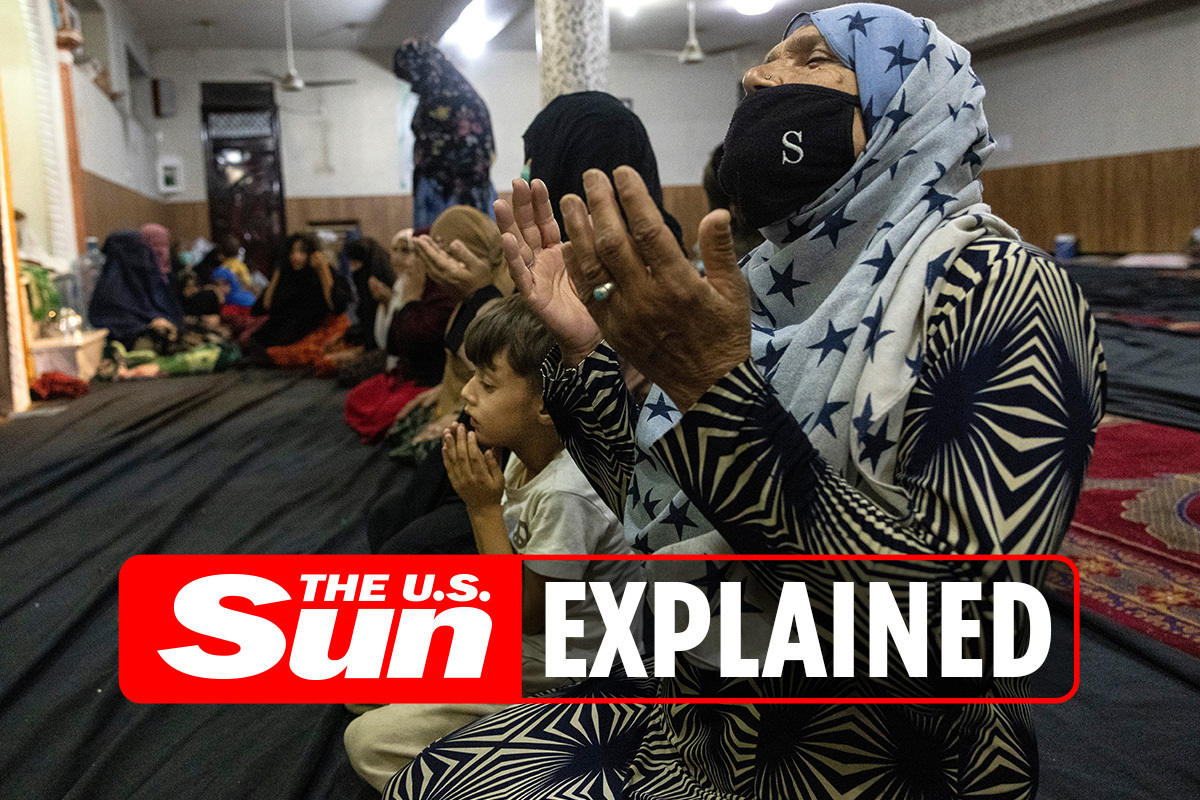 
TALIBAN militants are reportedly targeting children as young as 12 as sex slaves after conquering Afghanistan.

The Taliban – who seized control of Kabul on Sunday, August 15, 2021 – brutalised and oppressed women when they ruled in the 1990s.

What are the reports?

Afghans pouring into Kabul as refugees fleeing the march of the militants told stories of how commanders demanded they turn over women and girls to become their “wives” and be raped.

They also told of how civilians and captured soldiers were murdered by the Taliban, reported the Wall Street Journal.

Taliban officials have denied the group is enforcing sexual slavery – and claims that such actions are against the rules of Islam.

However, such practices were rampant the last time that the Taliban ruled Afghanistan.

And in July 2021 it was revealed Taliban officials had published a decree ordering local leaders to turn over lists of young girls and widows under 45.

Other reports of the new oppression of women in Afghanistan includes pictures of females in shop fronts in Kabul being painted over by terrified shop keepers.

And there have been reports of women-centric shops having notices pasted on them by the Taliban warning them not to enter or they would “face the consequences”.

One Kabul resident said her university was being evacuated because the Taliban were beating women without a burqa, according to the Guardian.

One called out: “Men standing around were making fun of girls and women, laughing at our terror. ‘Go and put on your chadari [burqa]’.”

Another said: “It is your last days of being out on the streets.

A third said: “I will marry four of you in one day.”

According to the paper, the Taliban are already banning women from attending school or leaving home without a male escort in already-captured provinces.

And now it appears the militant group is bringing back their vile ways amid reports they are forcing marriages and demanding lists of women and girls.

What is happening in Kabul?

Shukria Barakzai, an Afghan politician and journalist, revealed some of the horrors which she has heard occurring as the Taliban bore down on Kabul.

She wrote for The Daily Mail: “The gouging of a woman’s eyes in front of her terrified family; girls as young as 12 wrenched from the arms of their weeping mothers to become sex slaves for Taliban ‘warriors’; men punished or even killed for ‘offences’ as simple as listening to the ‘wrong’ music, or for daring to be ‘educated’.”

She added: “In some villages, Taliban recruits are going door-to-door looking for young girls to marry against their will, forcing them into a life of sexual servitude.

“So determined are they that no virgin will escape their clutches that they check drawers, wardrobes and even suitcases in homes where desperate mothers deny they have young daughters to ensure they are telling the truth.”

Taliban fighters have already reportedly shot dead a woman wearing “tight clothes” and some areas women have been told they cannot leave home without a male chaperone.

There are unverified reports a woman has been sentenced to be stoned to death in Samangan.

How has the Taliban treated women in the past?

The Taliban’s atrocities against women are well documented.

Militants in 2016 beheaded a woman who went shopping on her own and a woman in 2015 was stoned to death in a shallow grave for having sex with her boyfriend.

Video captured earlier in 2021 showed an unnamed woman screaming as she was whipped by a Taliban fighter accused of talking to a man on the phone.

And in one of the most infamous pictures ever captured of Taliban brutality, a woman named Zarmina, a mum-of-five, was executed in the middle of a football stadium in Kabul in 1999.

According to a 2001 report from the US State Department, the Taliban of the 1990s required the following:

Rule-breakers were punished with beatings, and death by stoning, according to reports in the Business Insider.

The Taliban claimed to be protecting women’s right at the time but subjected many to rape, abduction, and forced marriage.

Why is this happening?

The jihadi army have seized the Afghan capital – bringing an end to a rampage which has humiliated US President Joe Biden and much of the West.

The Taliban are now free to impose their own laws across the country and have already vowed to ensure the country observes Sharia law – a religious law forming part of the Islamic tradition and coming from the Quran.

They’ve even pledged to change the country’s name to the Islamic Emirate of Afghanistan.

The militants are also rumoured to be amputating limbs of people caught stealing and stoning rule-breakers.

George W. Bush calls Biden’s US troop withdrawal from Afghanistan a ‘mistake’ and fears for safety of women left behind