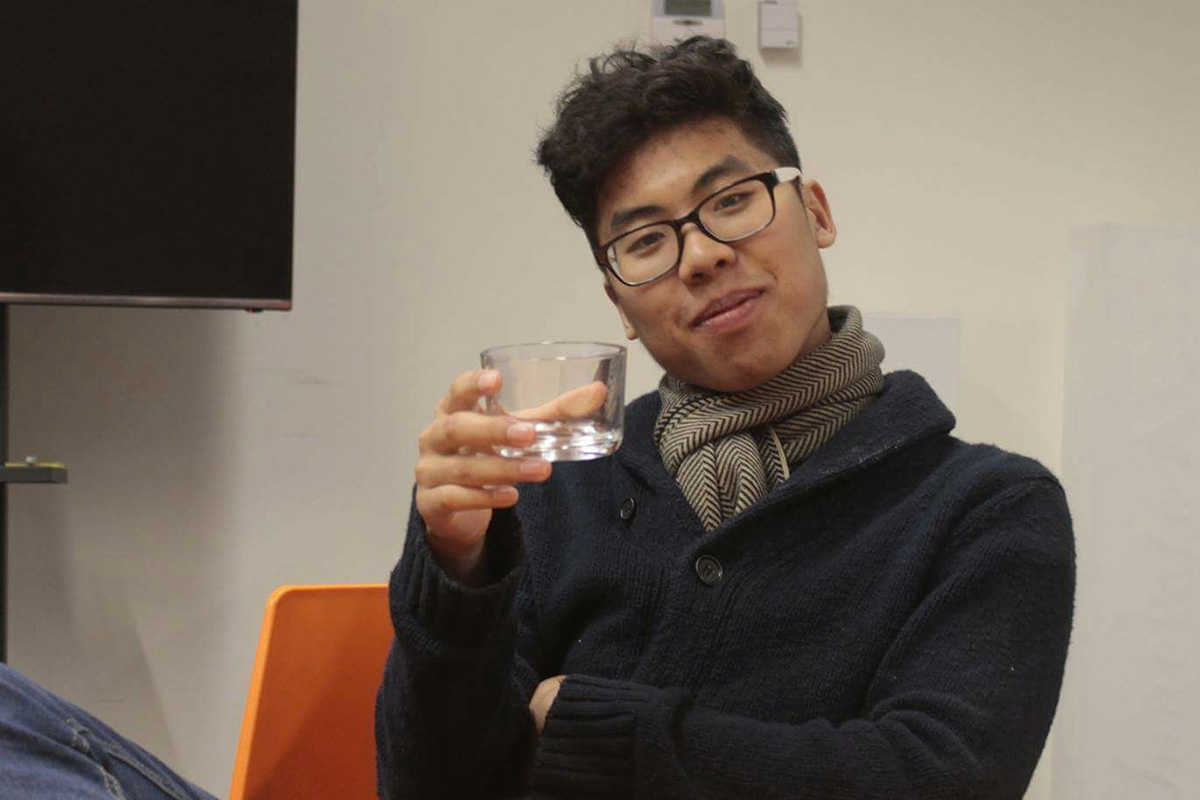 
DROPPING out of college to pursue a dream is something countless teens do every year – but for one it has resulted in a potential 20-year jail sentence.

At the tender age of 19, self-proclaimed math prodigy Stefan Qin claimed to have cracked cryptocurrency trading and decided to leave his studies in Australia and begin a hedge fund in New York.

When he started his two cryptocurrency investment funds, Virgil Sigma and VQR, he got clients on board by telling them he had developed an algorithm called Tenjin to monitor crypto globally to exploit price fluctuations.

And he claimed within a year the fund had returned 500 per cent – prompting another flurry of investors forking over their cash.

Qin lived the high life – even featuring as a Bitcoin expert on Fast Money on CNBC in 2018, boasting he had figured out how to beat crypto’s prince fluctuations.

He wrote on his LinkedIn profile: “I’m a quant with a deep interest and understanding in blockchain technology.

“I’m using this knowledge to build the next generation of financial services.

“My day-to-day is managing a cryptocurrency hedge fund with a focus on high-frequency quant strategies.”

But the scheme was fake and Qin ended up stealing around $90million from more than 100 investors to fund his lavish lifestyle.

“Qin orchestrated this reprehensible criminal scheme for many years, making misrepresentations and false promises that coaxed investors into pouring millions of dollars into fraudulent cryptocurrency firms, all the while stealing the hard-earned money of his investors.

“Furthermore, Qin mastered the art of trickery by representing these firms as profitable investment strategies so more victims fell to his tactics and were defrauded of nearly $100 million.”

By 2019, the youngster’s plot had become so successful he opted to sign a lease for a $23,000-a-month apartment in 50 West, a 64-story luxury condo building in the financial district of New York, reports the Economic Times.

It also had a pool, a sauna, a team room, a hot tub and a golf simulator along with with expansive views of lower Manhattan.

His obsession with cryptocurrencies began during an internship with a Chinese firm he told DigFin in a profile published about him.

After founding his hedge fund, Qin assured clients he would be “market neutral” so that funds wouldn’t be exposed to price fluctuation and that management fees would not be taken – only a cut based on the firm’s performance.

He was touted as a teenage genius and a crypto whizkid – but it didn’t take long for his emprie to come crashing down.

It got off to a flying start, claiming 500 per cent returns in 2017, which brought with it a flurry of new investors.

But by summer 2020, suspicions grew as clients noticed missing assets and incomplete transfers.

Court documents revealed a message penned by one disgruntled investor, which read: “It is now mid-December and my million dollars is nowhere to be seen.

“It’s a disgrace the way you guys are treating one of your earliest and largest investors”.

Panicked, Qin pointed the finger at “poor cash flow management” and even claimed he needed the money to repay “loan sharks in China” that he had borrowed from to start his business.

A statement from the US Justice Department said: “In the course of stealing assets from Virgil Sigma, Qin regularly lied to the fund’s investors about the value, location, and status of their investment capital.

“These lies included an array of investor and public communications.”

But in reality, he had spent cash from investors on his luxury lifestyle and personal expenses, as well as to invest in other high-risk investments.

Qin’s deceit had finally caught up with him, and when he learned of the investigation into his hedge fund, he flew back to the US and surrendered to authorities.

Aged 24, Qin pleaded guilty to a single count of securities fraud at a federal court in Manhattan in February as he expressed remorse for his actions.

“Stefan He Qin drained almost all of the assets from the $90 million cryptocurrency fund he owned, stealing investors’ money, spending it on indulgences and speculative personal investments, and lying to investors about the performance of the fund and what he had done with their money,” US Attorney Audrey Strauss said in a statement.

“Then, as he further admitted today, Qin attempted to steal money from another fund he controlled to meet redemption demands of the defrauded investors in the former fund.

“The whole house of cards has been revealed, and Qin now awaits sentencing for his brazen thievery.”

Qin, who faces up to 20 years in jail, told US District Judge Valerie E Caproni he “knew” what he was doing was “wrong and illegal”.

“I deeply regret my actions and will spend the rest of my life atoning for what I did,” he said.

“I am profoundly sorry for the harm my selfish behaviour has caused to my investors who trusted in me, my employees and my family.”