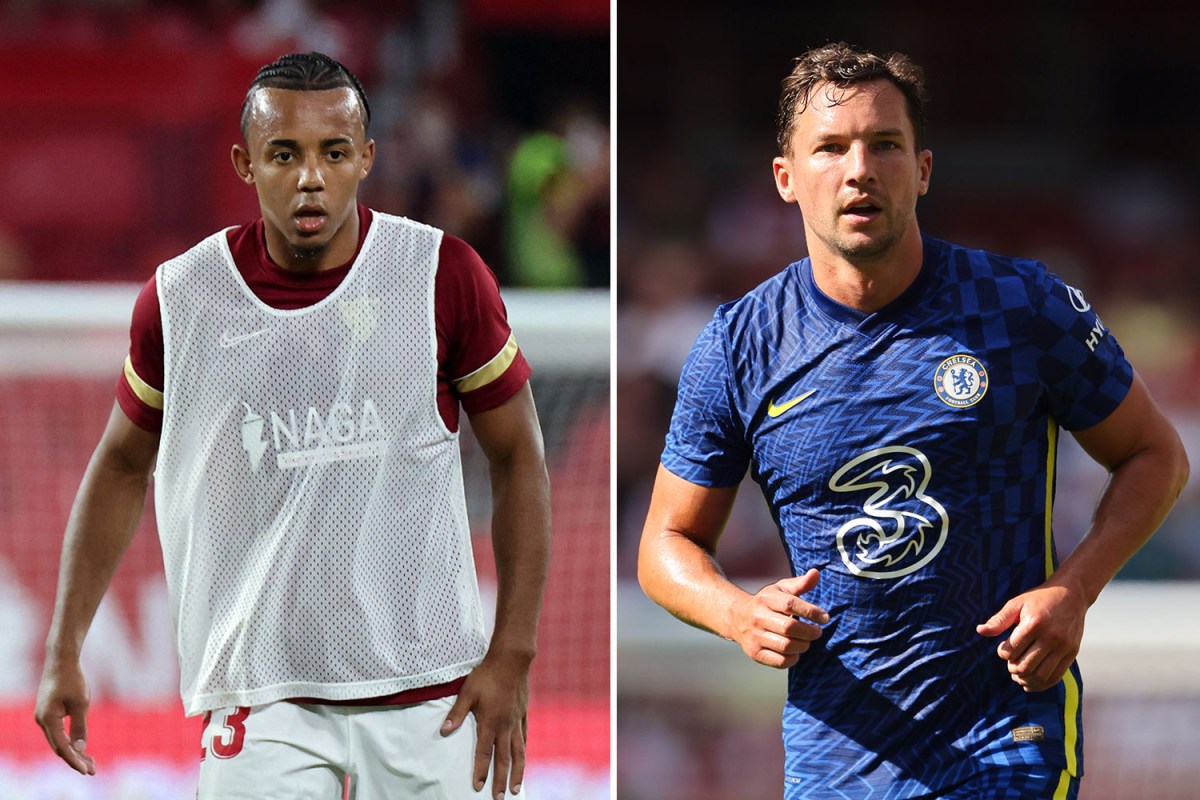 The 22-year-old is understood to be a serious target for Thomas Tuchel as he looks to bolster his backline.

But having forked out £97.5million to bring Romelu Lukaku back to West London, the Blues may need to offload players in order to sign the French defender.

According to transfermarkt, the Champions League holders could rake in as much as £88million by offloading six fringe players who are not in Tuchel’s plans.

But that is only if Chelsea sell them at their current transfer value.

Here SunSport takes a look at the six players that could be sold in order to fund a move to sign Kounde.

Valued at £29m, the French centre-back, 26, chipped in with five goals in 36 games for Chelsea last season.

But he has been deemed as surplus to requirements by Tuchel, with the club now looking to offload him seven years after he was signed.

West Ham were understood to be keen to secure his services, but have been put off by his £120,000-a-week wage demands.

The former Everton playmaker has reportedly been told to find a new club by Chelsea after being stripped of his squad number.

Barkley, 27, spent last campaign on loan at Aston Villa where he scored three goals in 24 games.

He appeared in Chelsea’s 13-0 friendly win against National League side Weymouth on Sunday where he grabbed himself a hat-trick.

The French defensive midfielder hasn’t featured in an official game for Chelsea since the 2017-18 season.

He has spent the last three years on loan at AC Milan, Monaco and Napoli.

And following his impressive performances in Naples last season, Lyon are claimed to be ready to bring the player back to Ligue 1.

The Italy international is behind Ben Chilwell and Marcos Alonso in the pecking order at Chelsea.

And the left-back has hinted he could soon be on his way out after declaring he wishes to play regular football.

He told ESPN Brasil: “I know it’s not easy, but I’m hungry to play. I want to play, I know I can be out on the pitch, I’ve proved that.”

Before adding: “I will really choose the best option. If it’s to stay at Chelsea, if it happens to Napoli or another team.”

The Italian right-back has spent the last two seasons on loan at Roma and Genoa respectively.

And it has been claimed that he is nearing another exit away from Chelsea with Serie A clubs keen to sign him.

He impressed at Genoa last term, where he chipped in with four goals and two assists from his 25 outings.

The 31-year-old was signed for a whopping £35million from Leicester in 2017, but he has been limited to just 23 games in all competitions.

His last appearance came in the 2018 Community Shield defeat against Manchester City.

And after failed loan spells as Burnley, Villa and Turkish outfit Kasimpasa, it remains to be seen if he will finally depart Chelsea on a permanent deal.