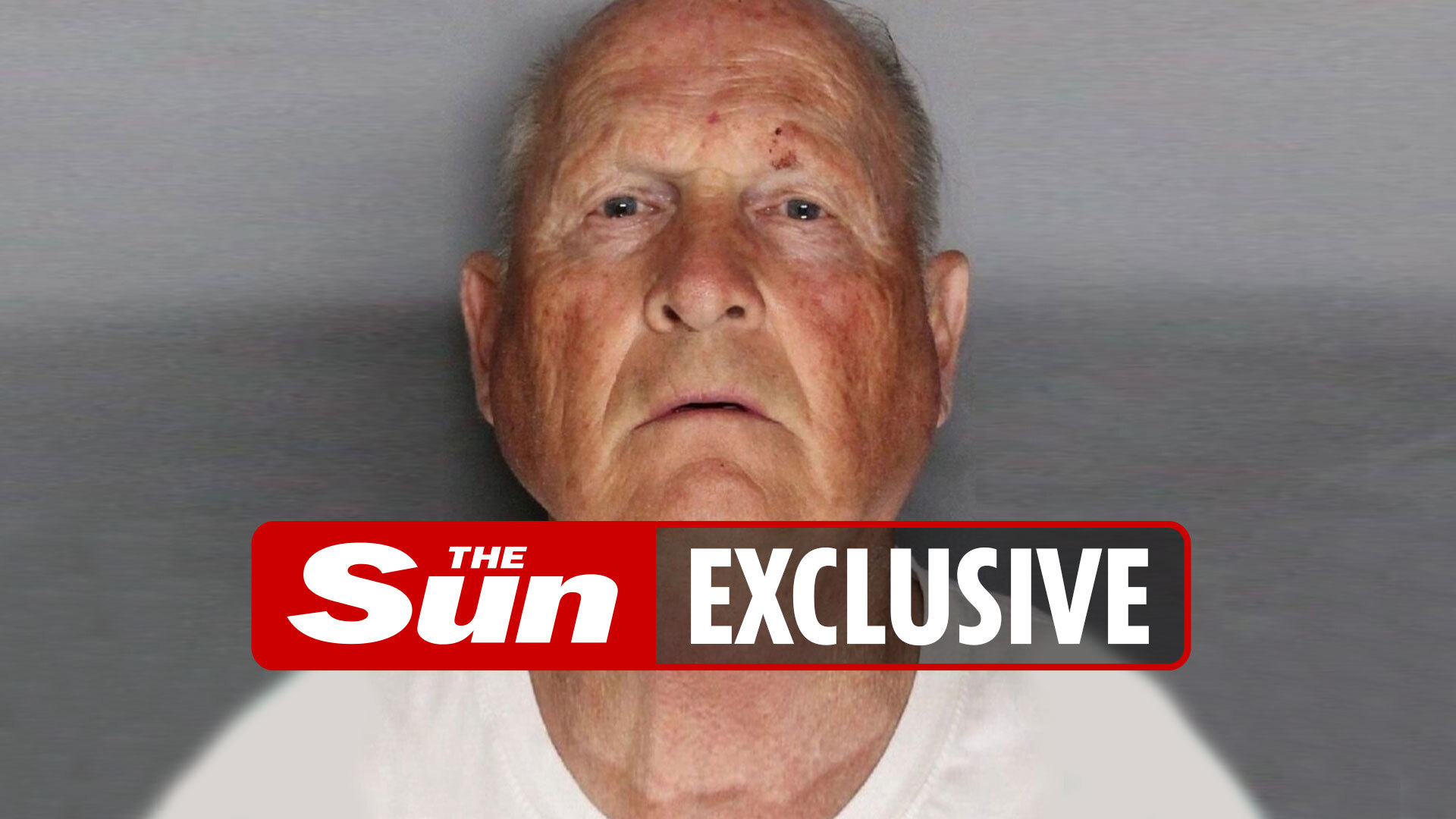 
KILLING, raping, and brutalizing his victims – The Golden State Killer is one of America’s most sadistic criminals as he attacked more than 100 people in his twisted crime spree.

He terrorised the state of California for more than two decades – earning other monikers such as The Night Stalker, The Visalia Ransacker, and The East Area Rapist.

Starting his spree of rape, murder, and burglary in the 1970s – it was not until 2018 that he was finally caught by the cops.

Cold case investigator Paul Holes has now told UK Times Online about the twists and turns of the decades-long hunt for the Golden State Killer.

DeAngelo had avoided capture for over 45 years after he is believed to have committed at least 13 murders, 50 rapes, and 120 burglaries across California.

He was initially known as Visalia Ransacker but later became the East Area Rapist when he moved to Sacramento in 1976.

His usual method was to break into his victims’ homes, usually couples and play sickening torture games.

The twisted killer would tie up the man using shoelaces and pile dishes on his back.

He would then rape the woman, often repeatedly while threatening to kill them both if the dishes fell and cracked.

The predator would also steal souvenirs from the homes of his victims such as coins and jewellery and would even help himself to snacks and drinks.

DeAngelo would later become the Golden State killer and change his behaviour in a bid to mislead authorities- which he succeeded for years.

Holes, the investigator who devoted his career to catching him, told UK Times Online the killer was a “psychological sadist” who enjoyed “instilling fear” in his victims.

He says he had correctly predicted that De Angelo was going to be different to what they were expecting.

He compared him with BTK Dennis Radar who brutally murdered 10 people and turned out to be married, President of his church, and active in his son’s Boys scout activities.

Paul told UK Times Online: “That’s what DeAngelo did – after he stopped offending, he held a full-time job, he was no longer law enforcement, he was a grandfather, he took his grandkids trick or treating, he would go fishing with his friends.”

“The vicious serial rapist and killer was a father and grandfather with a fishing boat in the driveway and a Volvo in the garage,” he wrote in his memoir, Unmasked.

“A ‘regular guy’ who passed the time building model airplanes, a proud homeowner who liked his grass nice and short.”

The retired investigator explained how DeAngelo was purposely changing habits, and appearance to send cops on a wild goose chase.

He told UK Times Online: “As I was investigating that case my perspective of who I was looking for, really changed as I got to know him better.

“Back in the day a lot of focus was what I call a troll under the bridge type of suspect- a young sex deviant male roving around the countryside breaking into houses and raping women.

“But no- that’s what he wanted us to think he was. He would do this staging to throw law enforcement off.

“He would act a certain way and say certain things- he would also act like a drug addict.

“He purposely lost weight, he changed his appearance, he was always wearing the mask, shining the flashlight in people’s eyes saying ‘if you look at me I’ll kill you’  because he knew he had been seen so many times.

“He purposely disguised himself and changed his MO in order to throw us off.”

“The first impression of him was not what I was expecting.

“He was the East Area, Rapist, very fit, very athletic looking as well as very domineering in his attacks.

“And then this heavy-set old man was arrested and that was not the vision I had of him.

DeAngelo was caught thanks to a complex genealogy process that is now used across the US.

Holes explains that the process involves building a special type of DNA called SNPs and then searching databases trying to find potential relatives- essentially building a DNA family tree and trying to find the common ancestor.

In DeAngelo’s case, investigators were able to narrow down their search thanks to a third cousin.

Police already had the offender’s DNA- the tricky part was getting DeAngelo’s sample to compare.

Paul said: “There are cases where you go directly to that person but often you just get that sample they discard in public- and that’s what we did with DeAngelo.

“He drove his car to a hobby store and an undercovered agent went up and swabbed his car door handle.

“He never knew he was being investigated up until he was arrested.”

“I got a call from a lieutenant from Sac DA’s office who was part of the genealogy team.

“He told me ‘you can’t tell anybody but the lab results are back and they look promising.

“The car door handle matched the GSK across 21 markers – up until a few years prior the FBI’s database had been built on 15 markers.

“ I thought ‘It’s him.’ The hairs on my arm were standing up.

While presenting the case in CrimeCon that was held in London earlier this month, Holes described how the officers needed to be extra careful when arresting DeAngelo as he had “more guns registers than the California firearms agency could print out”.

Once arrested and handcuffed the 76-year-old bizarrely exclaimed: I have a roast in the oven. Cooking”.

Paul said the “monster who had savaged so many lives” was old, overweight and looked like your “average Joe”.

He said at the time, before the sentencing: “I have listened to all your statements, each one of them. And I’m truly sorry to everyone I’ve hurt.”

Although he pleaded guilty to the crimes and even admitted the ones he could not be charged with, he has never said a word about his motive.

For Paul, this is his next challenge- to find out the reasons behind the terrifying crime spree.

He concluded: “He never said a word about the cases, How he’s choosing his victims, what tactics he’s using. We don’t know anything about why he’s committed these crimes, we can only speculate.

“From my perspective, that’s the next step.

“Once he recognises that he is in prison for the rest of his life, to think about doing the right thing and give us the details so we can learn to help other cases and even to give his victims understanding to why they were chosen.

“Was it random or was there something else going on?”

The next CrimeCon events, in partnership with CBS Reality will be held in Glasgow on September 10.

The official list of cases linked to The Original Night Stalker