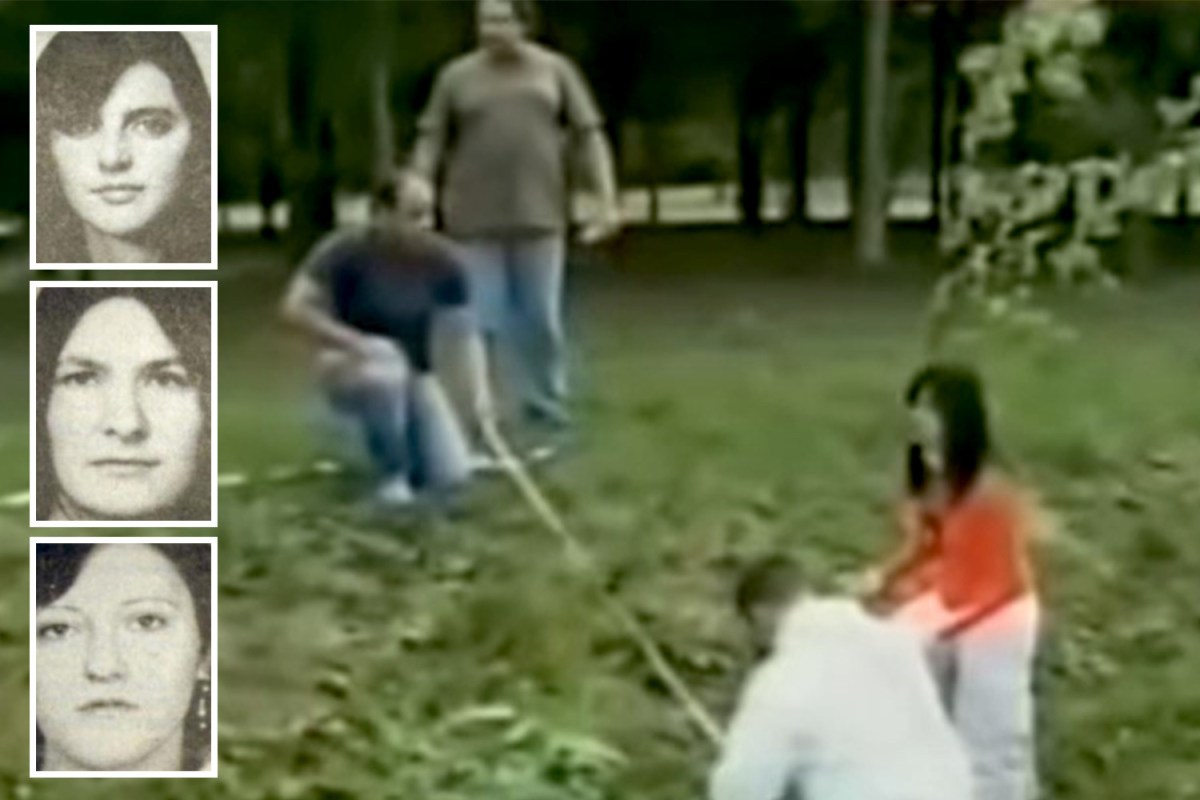 
COPS have new DNA evidence that could finally identify the “Monster of Udine”, one of Italy’s most prolific serial killer who killed and dismembered 18 women.

They say new evidence has emerged during the filming of a documentary on the serial killer that identifies four new suspects.

Cops also uncovered four more victims, bringing the death total to 14 women over an 18-year-period between 1971 and 1989.

The first victim was identified as Irene Belletti, a 35-year-old prostitute from Trevi, who was found dead in her car near the Udine railway station on September 19, 1979.

Although the woman was stabbed seven times, the murder did not attract much attention because everyone thought the sex worker was murdered by a client.

The next victim was another prostitute, 19-year-old Maria Carla Bellone, who was found dead under a row of mulberry trees in the countryside near Pradamano in February, 1980.

One of the distinctive traits was that her neck was slashed from ear to ear.

Another one, which would later become the symbol of the serial killer, was also detected on the young woman’s body.

The murderer slashed the letter ‘S’ along the victim’s chest, from the sternum to the pubis, delicately avoiding the navel.

Another victim found dead with similar wounds was Luana Giamporcaro, who was a prostitute.

Another found the distinctive stomach wound was 42-year-old Aurelia Januschewitz, who was discovered dead in March 1985.

The psycho killer, known as Italy’s own “Jack the Ripper”, was renowned for mutilating his victims – mostly female prostitutes – in the sleepy north Italian town of Udine.

Carabinieri expert Edi Sanson, who discovered one of the victims, explained in the documentary why it was so hard to find the killer.

He said: “The story of the ‘Monster of Udine’ is very complex because we have few elements to be able to ascertain a serial murder dynamic for all the women involved in the case.

“The victims are 14, four of which have evident characteristics, probably attributable to the same person. In the other cases, however, it is a hypothesis that can be prosecuted but not taken for granted.”

She was unfamiliar with the world of prostitution but was going through a dark period in her life. She visited clubs, drank a lot, and used to hitchhike home, which is how she probably met the suspect.

Her lifeless body, dismembered with a longitudinal gash on the abdomen, was found on the banks of Torre River by police officer Edi Sanson and colleagues.

The police explained that the incision in the abdomen was very precise and that the person expertly knew how to use a scalpel, much like the unidentified serial killer ‘Jack the Ripper’, believed to have been a surgeon.

ON THE HUNT FOR A KILLER

In the documentary series, Sanson explained that the main suspect in the case was a middle-aged gynaecologist from the area who never practiced his medical profession.

Sanson explained that he saw the elderly man in a car, parked in the same spot where the last victim was killed, the morning after the police found the body.

The police followed the man into an abandoned church where he reportedly started uttering strange incantations.

Although the police obtained a search warrant for the apartment the gynaecologist shared with his brother, no evidence was found except for a case of surgical instruments missing a scalpel.

The court closed the investigation on the gynaecologist due to lack of evidence.

Sanson explained: “It was very difficult to even reconstruct the last hours of the victims’ lives. Among other things, in those years there were no CCTV cameras, no wiretapping or telephones.

“In the investigation, we did what could with the means of the time. What is certain is that, if such circumstances occurred now, we would have a good chance of finding the killer.”

Criminologist Rosa Francesca Capozza described the serial killer as “a misogynist, a man moved by a hatred of women”.

“The number of stab wounds inflicted as well as the presence of ‘over killing’ them communicate the sadistic pleasure of inflicting suffering on them.

“He is a ‘local’ and stable killer who commits his crimes in a defined geographical area that he knows well because he resides there. He is also an ‘organised’ killer who plans his criminal actions.”

Regarding the famous abdominal wound, coroner Maurizio Saliva, who had access to the investigation files, explained that the ‘signature’ cut was inflicted on victims post-mortem.

The latest findings recovered during the production of the documentary series should help reveal the serial killer’s identity.

The findings include a used condom in the car of one of the victims, some brown and blonde hair on a sweater on the back shelf, and a cannabis joint recovered from another victim.

Although the analysis results of the latest findings have not been made public yet, there are reportedly four suspects, two men and two women, that the Scientific Investigations Department have identified.

The investigation is ongoing.