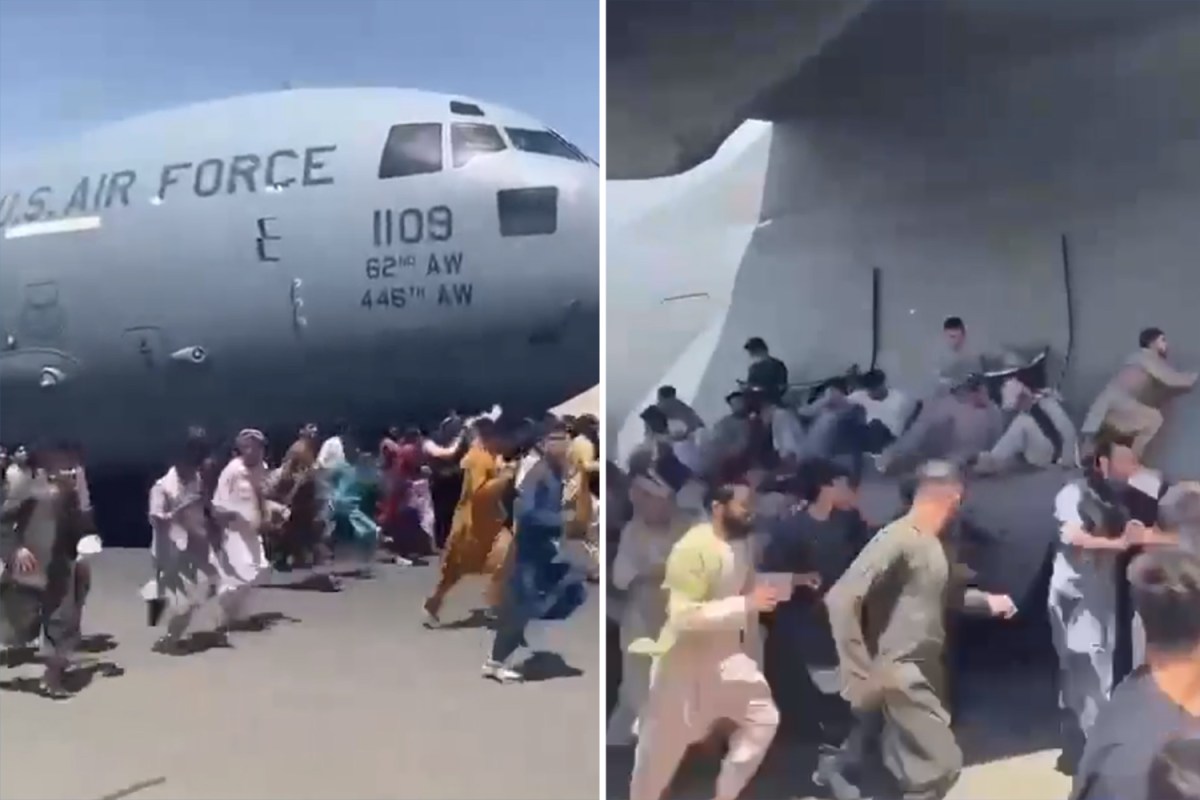 
HORROR footage appears to show stowaways fleeing the Taliban falling to their deaths from a plane taking off from Kabul airport.

Thousands of desperate Afghan have massed at the airport in frantic bid to get out of Afghanistan after the fanatics stormed the capital.

The stampede at Kabul Airport has left five people dead as thousands storm planes in a desperate bid to flee Afghanistan.

Harrowing video shows two stowaways falling several hundred feet to their deaths after being thrown from a C-17 transport aircraft taking off from Kabul airport.

Separate footage shows Afghans running alongside C-17 transport as it prepares to take off with around a dozen holding on to the wheel wheel bay.

At one stage US Apache helicopter gunships were brought in to clear a path for the transport planes, swooping low to disperse people massed on the runway.

Desperate people were also filmed trying climb up a ladder to get on a plane while others were seen being pulled on board another aircraft.

US troops guarding the airport were forced to fire shots into the air but it’s unclear if those who died were hit by bullets or crushed in the stampede.

Another clip showed what were apparently US embassy staff attempting to flee by pulling each other into a plane while the ramp was being raised.

And a third video showed over a thousand citizens attempting to board a KamAir flight to Istanbul which can only carry 300 passengers.

Footage showed people pushing and shoving as they make their way through the overpacked aisle of the plane which is already over capacity.