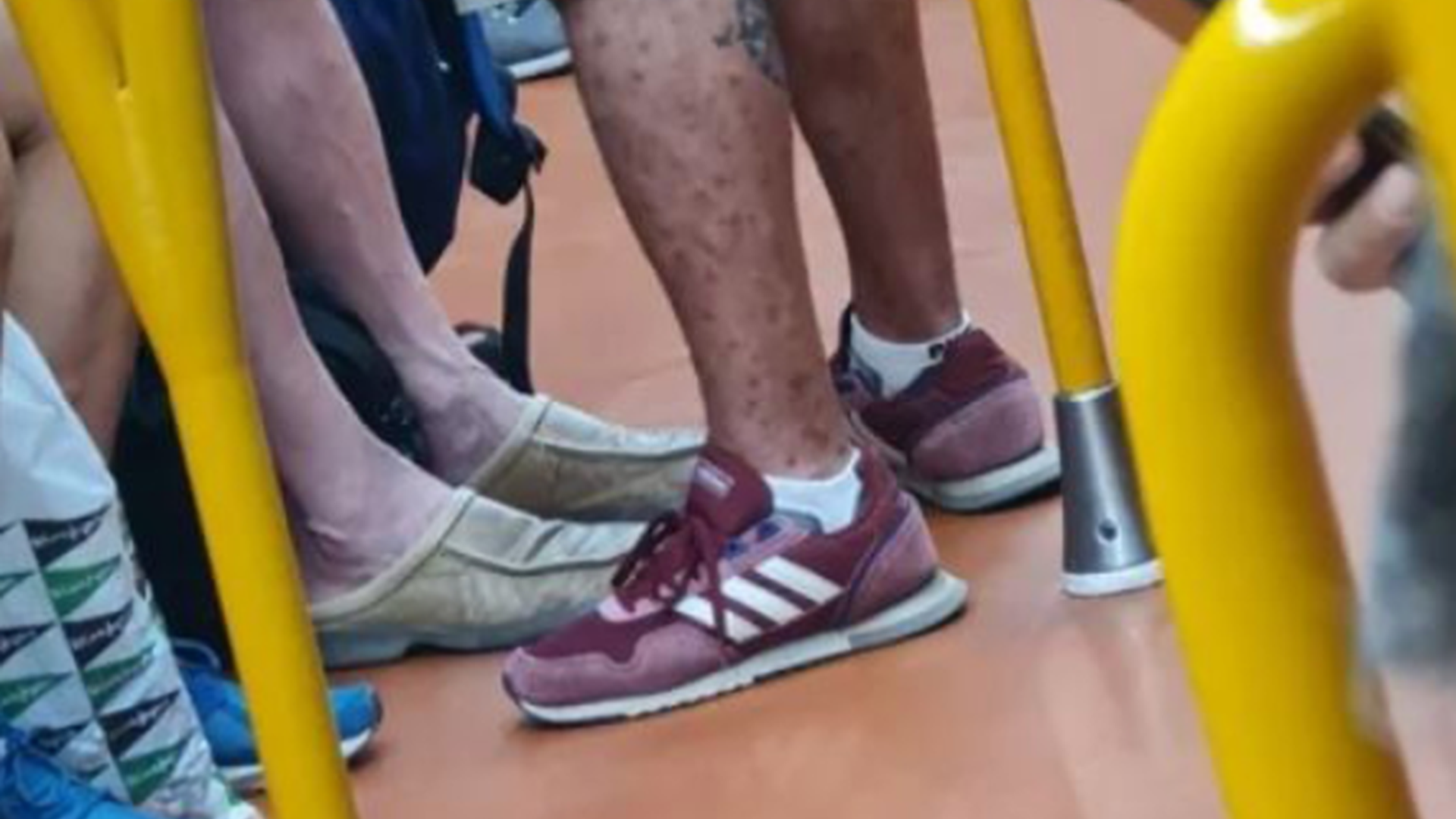 
HORRIFYING images show a tube passenger “riddled with monkeypox” without a care for others.

The photos come as the bug continues to rip through Europe in an unprecedented outbreak.

Anyone can be infected with monkeypox, regardless of their age, gender, ethnicity or sexuality.

But currently, it is spreading among the gay community.

Spain has been particularly badly-hit by the disease, where health chiefs have recorded 4,298 cases so far, and two deaths.

A shocked doctor posted a photo of a man covered in the tell-tale monkeypox rash while on a packed Madrid Metro, surrounded by passengers.

Venezuelan surgeon Arturo Henriques, 32, wrote on 30th July: “15th July, 6.20am. The gentleman gets on the train at Legazpi station. Completely full of wounds from head to toe, including his hands.

“I see the situation and I also see people around him as if nothing will happen to them.”

Dr Henriques couldn’t hold back from approaching the man, saying he “turned into a Karen”.

He said: “I went up to the gentleman prudently and asked him what he was doing on the metro if he has monkeypox.

“His response: yes, I have it, but my doctor did not tell me I had to stay home. He only told me to use a mask.”

The medic continued: “I tell him the wounds he has all over his body are what are most infectious.

“I’m a doctor and he possibly did not understand all of his GP’s advice. To which he replied that I stop bothering him.

“I speak to the lady sat next to him.

“Me: Miss, are you not worried you’ll get sick? Lady: How am I going to catch it if I’m not gay? A woman from the government said it was gays who have to watch out.

“I arrived at my stop and stopped arguing.”

Dr Henriques’ thread has racked up tens of thousands of likes on Twitter.

The NHS website says monkeypox can be passed on from person to person through any close physical contact with blisters or scabs.

It can spread up until the rash has completely healed – when all scabs have fallen off and a new layer of skin has formed.

The rash tends to start on the face and hands before spreading to the limbs. It may also appear on the genitals.

Monkeypox can also be transmitted through touching clothing, bedding or towels used by someone with the virus.

And even the coughs or sneezes of a person with monkeypox can be infectious.

But the NHS adds: “Anyone can get monkeypox. Though currently most cases have been in men who are gay, bisexual or have sex with other men.”

The virus is generally passing between people during sexual activity.

It has led health chiefs to warn men at risk of catching monkeypox to momentarily limit sexual partners.

However, it does not mean it cannot spread to anyone outside the gay community, and it is not officially known as an STI.