Holidaymaker, 28, dies after ‘getting into difficulty’ as he swam at popular waterfall beauty spot 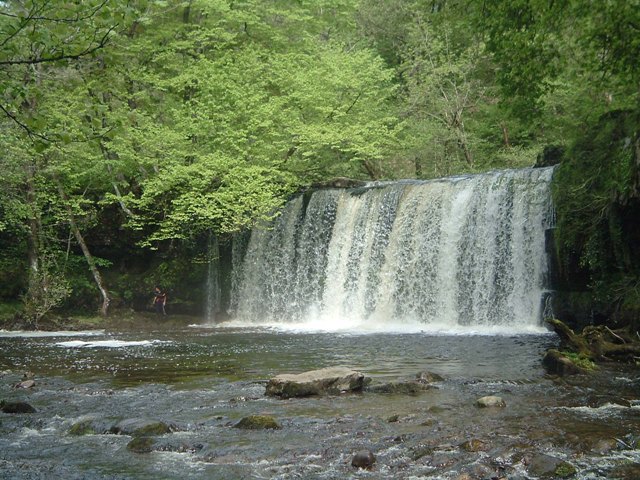 
A HOLIDAYMAKER has died after “getting into difficulty” while swimming in a popular beauty spot.

The 28-year-old sunseeker – who has not been named – was seen struggling in the water at Pontneddfechan in the Brecon Beacons.

He had travelled almost 200 miles from Hampshire to visit the Welsh falls yesterday when he got into trouble around 1.20pm.

Police, the fire and rescue service and an ambulance desperately tried to save the man, but he tragically died at the scene.

The area – also known as Pontneathvaughan – is popular with day-trippers who find the picture-perfect falls at the end of a gruelling walk.

A spokesman for Dyfed Powys Police said: “We were called to Pontneathvaughan waterfalls by colleagues from South Wales Police at around 1.20pm on Monday, 16 August, to reports of a male who had got into difficulties in the water.

“Officers attended, along with colleagues from South Wales Police, the fire and rescue service and ambulance, however, despite the efforts of all involved, a 28-year-old man from the Hampshire area, died at the scene.

“Next of kin have been informed of the incident, as well as HM Coroner.”

Police said there were guides to staying safe in the water were available online.