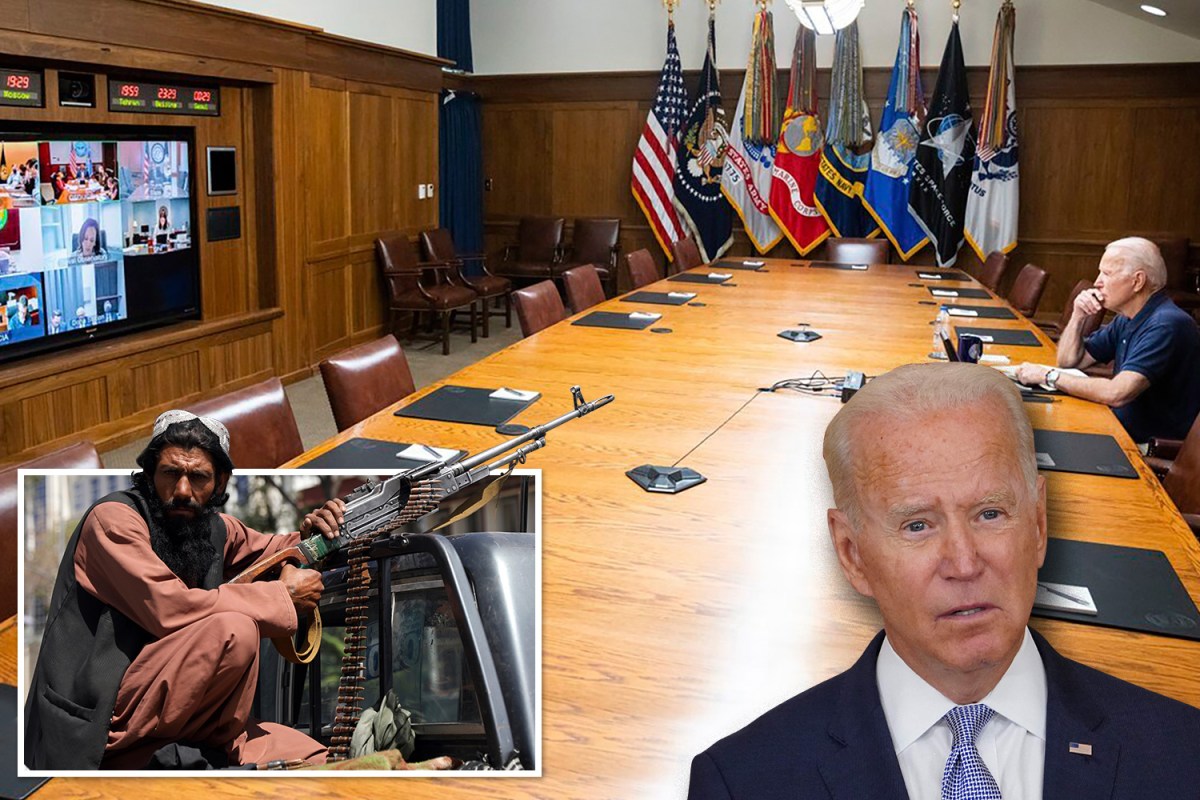 
US President Joe Biden faced a global backlash yesterday over his handling of the Afghan crisis — its biggest foreign humiliation in almost 50 years.

Mr Biden, 78, finally dashed back to Washington DC last night — after being accused of hiding at Camp David as the crisis unfolded.

In a speech to the nation he admitted being taken by surprise at the speed of the Taliban’s takeover.

Meanwhile, the UK pledged to give sanctuary to thousands of Afghan refugees fleeing the chaotic scenes in the country.

In his TV address from the White House last night, Mr Biden admitted: “The truth is, this did unfold more quickly than we had anticipated.”

But he added: “I stand squarely behind my decision.

After 20 years I’ve learned the hard way there was never a good time to withdraw US forces.

“We will end America’s longest war after 20 long years of bloodshed.”

The hasty pullout was branded the largest foreign humiliation for the US since the end of the Vietnam War in 1975.

A picture released by the White House showed Mr Biden talking to generals from an empty war room over the weekend, isolated and alone.

He was criticised for “going into hiding” by travelling to Camp David with wife Jill on Friday, as the Taliban advanced.

Republican lawmaker Jim Jordan said yesterday: “Why is Joe Biden on vacation? Why hasn’t his administration taken a single question? This is an embarrassment.”

The pullout was negotiated by his predecessor Donald Trump. But critics said Mr Biden had reversed other Trump policies.

I’m left with some grave questions about his ability to lead our nation.

Ryan Crocker, former US Ambassador to Afghanistan, said: “What President Biden has done is to embrace the Afghan policy of President Trump, and this is the outcome.

“I’m left with some grave questions about his ability to lead our nation.”

Democrat lawmaker Debbie Dingell, a Biden ally, said: “It does feel like the fall of Saigon.”