‘Hero’ ambassador to stay in Kabul ‘for as long as possible’ to help evacuate 4,000 stranded Brits & Afghan staff 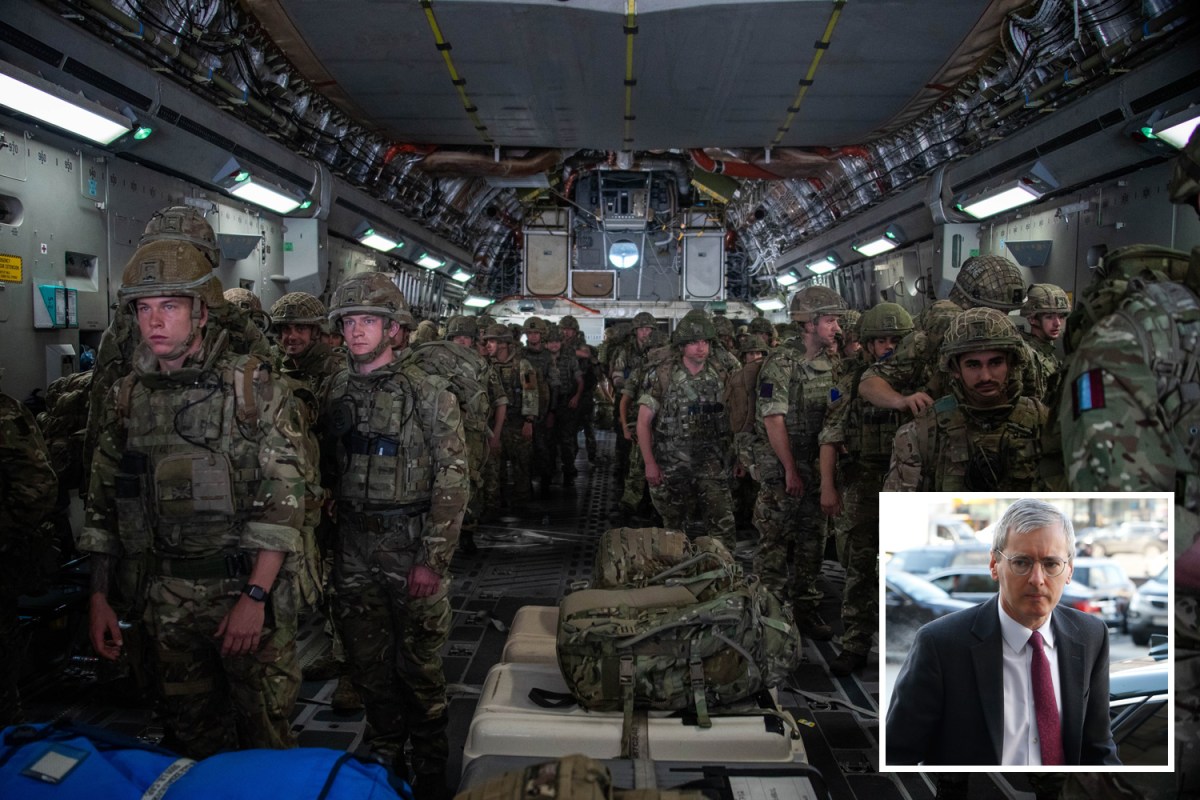 
THE UK’S ambassador to Afghanistan has been hailed a “hero” after vowing to stay in Kabul “for as long as possible” to lead efforts to evacuate 4,000 stranded Brits and Afghan staff.

After the Taliban seized control of the Afghan capital, hundreds are trying to flee the war-torn country – and Sir Laurie Bristow and a team of diplomats have set up an emergency consul operation at Kabul airport to help Brits.

The UK is sending 200 more troops out to Afghanistan to evacuate Brits who are stuck at the airport, the Ministry of Defence today confirmed.

Some 600 paratroopers from 16 Air Assault Brigade arrived on scene on Saturday to assist with security – with the first flight carrying 200 Brits departing today.

Leading the operation – which could be in place until the end of the month – is Mr Bristow, who has been commended for pledging to stay as long it takes to personally process visa applications.

A diplomatic source confirmed to the Telegraph: “Laurie Bristow remains in Kabul and is leading efforts to get UK nationals and those who worked for the UK out.

“Our focus is on being able to be there to help get people out as long as possible.”

Mr Bristow has been applauded for remaining the country, with his actions labelled a “remarkable act of bravery”.

One person wrote on Twitter: “Shout out to Sir Laurie Bristow, the UK’s ambassador to Afghanistan, who is still in Kabul processing Visa applications and doesn’t intend to leave until the very end.

“This is a remarkable act of bravery that will save many lives.

“Sir Laurie is a true hero.”

While another added: “Sir Laurie Bristow stayed behind in Kabul to help a small team of diplomats process visa applications. A true hero of this horrendous crisis.”

Another tweet read: “I have nothing but respect for UK Ambassador to Afghanistan Laurie Bristow for staying to process visa applications.”

With the Taliban yet to interfere with evacuation flights, defence Secretary Ben Wallace said he hoped to evacuate 1,000 per day, withdrawing all those who had already passed security checks by the end of August.

Dominic Raab today vowed Britain will go all-out to ensure the past two decades of fighting in Afghanistan weren’t in vain.

“We need to consolidate and try and stabilise the gains which we’ve made with so much blood, sweat, tears and loss of life over 20 years,” he said.

This is a remarkable act of bravery that will save many lives.

Mr Raab added the UK will “use every means at our disposal” to rally international allies to help “rein in” the Taliban’s worst atrocities.

It comes after harrowing video appeared to show stowaways falling to their deaths from a transport aircraft taking off from Kabul airport.

The three apparently fell hundreds feet from the C-17 transport plane as thousands of desperate Afghans try get out of the country after the Taliban victory.

The two who died are believed to aged 16 and 17 and video posted later appeared to show residents collecting their bodies.

The chaos at Kabul Airport has already seen seven people dead with more people clambering over walls to get in.