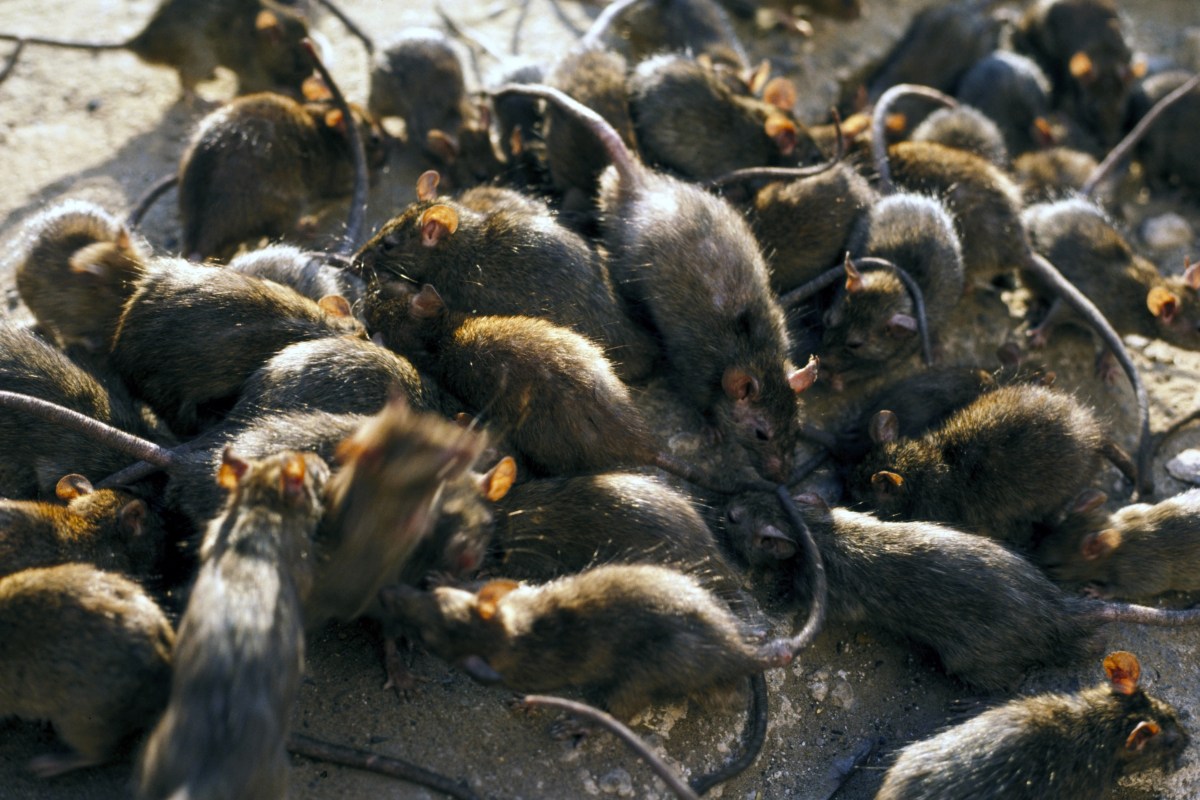 
RAT callouts have surged to record numbers as the heatwave and floods create a “perfect storm” for rodent invasions.

Pest control firms have seen a huge spike in calls and online searches this summer as Brits battle vermin infestations.

It comes after last year’s lockdown led to an explosion in Britain’s rat population, with numbers rocketing to 150 million.

A rise in takeaway meals, back garden BBQs, fortnightly bin collections and a boom in home composting have been blamed for the surge in rat numbers.

Callouts were up 10 per cent rise on the same period last year, and 50 per cent on 2019’s pre-lockdown figures.

Paul told The Sun Online said: “Because of flooding where we have had such heavy rains the rat burrows get flooded and that forces them above ground.

“Where there are heavy rains people do tend to see rats a lot more because the burrows get flooded which forces the rats above ground.

“When there is wet weather the number of calls we get does go up for dealing with rats in domestic properties.

“The warm weather is ideal for the rats because it brings on things like flowers and seeds that they can eat.

Where we have had such heavy rains the rat burrows get flooded and that forces them above ground.

He added: “Last year where people were having takeaways, lots of food was going into compost bins and people were seeing them around their own houses. That was a result of lockdown.

“There were two or three cases where we had to go and clear out restaurants that had gone bust because of the lockdown and the food stuff had just been left out.

“The fridges had been opened and not emptied and rats were running rampant.”

Data from Rentokil Pest Control’s website saw a 52 per cent leap in traffic on their rats page from May to July compared to the same period last year.

There was an almost 40 per cent rise in traffic to Rentokil’s Rats v Mice page.

Paul Blackhurst, head of technical academy at Rentokil, warned floods, heatwaves and lockdowns have created a “perfect storm for rodents to migrate indoors in larger numbers”.

He added: “Floods destroy and displace nests and forces rodents to relocate to new areas in search of shelter, food and water.

“Rats are also very resourceful and can use damaged sewer pipework, plumbing, or other cracks in the fabrication to enter properties.

“We could see more rodents around homes and businesses.”

Brits have endured stomach-churning encounters with rats in recent months.

Iceland shoppers nearly lost their appetite after a plague of rats scurried across their path in Wolverhampton.

Horrifying video footage showed huge dead rats floating in bins in Glasgow as binmen slammed the horrific conditions they have to deal with.

And a mum spoke of her terror after she was swarmed by a plague of rats in Ealing, West London.

Susan Treftub, 43, said a “sea” of rats moving through the grass attacked her while she was walking through Blondin Park.

The mum-of-one said: “It was disgusting. I can’t be sure but I thought there were easily over 100. I felt like I was going to be sick.

“They were crawling on my legs and I had to kick them off. It was just getting dark so it was hard to see where they were coming from.”

Rat-bite fever can cause fever, vomiting, joint pain and a rash, with symptoms last 10 days.

Rats also carry Leptospiris, which can lead to Weil’s disease in people who suffer rat bites or come into contact with rat urine