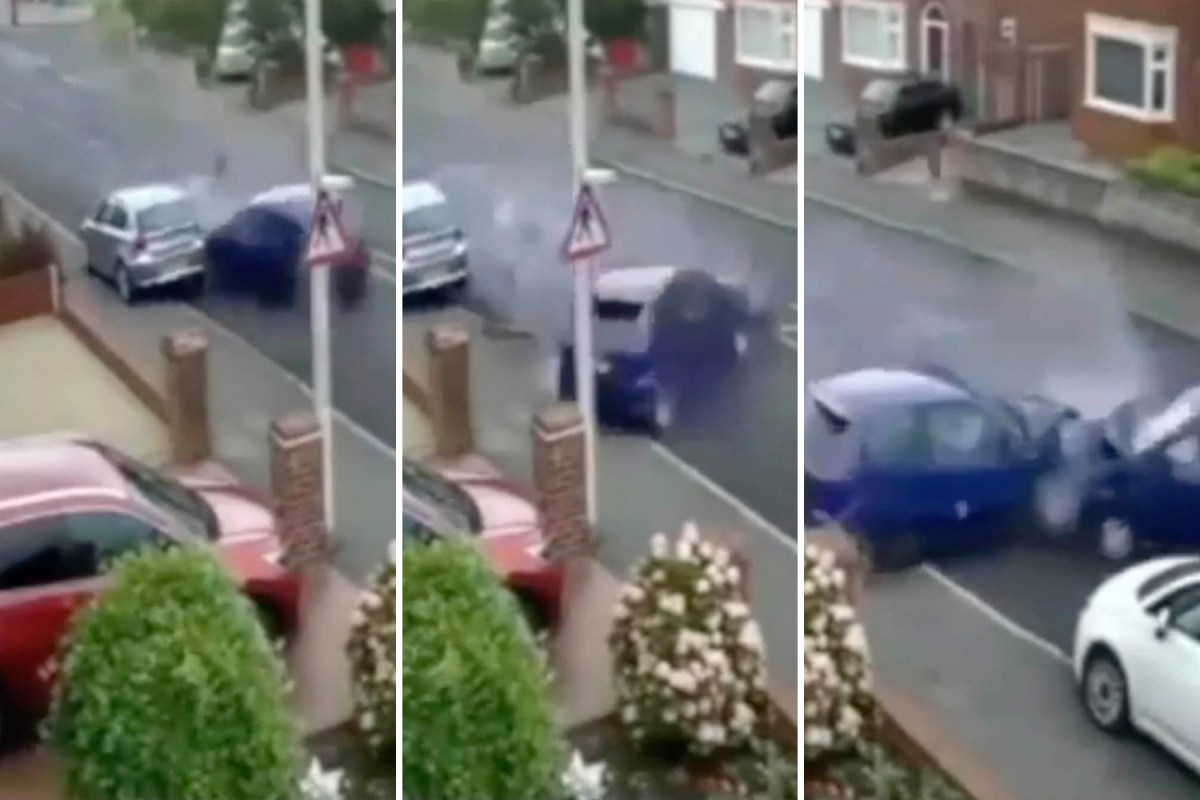 
THIS is the shocking moment a speeding car was tagged by another vehicle and lost control – sending it spinning into three other vehicles.

One person was hospitalised and a man and a woman suffered chest injuries in the multi-vehicle crash that took place in Blackpool on Thursday July 29.

The viral video has now sparked controversy as commentators blame different parties for the incident.

In the footage, a white car is preparing to turn right into a side road. As it begins to move, another car can be seen quickly approaching from the other direction.

The white car continues with the manoeuvre, clipping the oncoming blue vehicle and sends it tailsliding.

The car slides into a parked vehicle whipping it round even more violently which sends it careering into another parked car as well as hitting a vehicle on the other side of the road.

It is not clear how fast the oncoming car – which appears to be a blue Ford Fiesta – was travelling, but judging by the distance it skidded, it is suggested they were travelling over the 30mph road speed limit.

As the smashed-up car comes to a halt we see the driver climbing out of the vehicle with the airbag having been deployed.

He then drops to his knees to rest on a neighbour’s front garden wall.

A spokesperson for Lancashire Police said: “We were called around 12.55pm to a report of a four vehicle collision in Ashfield Road, Blackpool.

“Emergency services attended the scene with a man and a woman suffering chest injuries.

“The road was closed and reopened around 4.15pm.”

It is understood that no arrests have been made, which enraged some on social-media.

Kev Malone wrote: “No arrests? How? The lad was doing about double the limit.”

Some speculated that the driver of the Ford Fiesta was travelling closer to 70mph than 30mph, but others pointed out that this can’t be proved but the white car was incorrectly placed on the road.

Samantha Payne said: “Both to blame, blue was going too fast and the white car turning into the junction shouldn’t have pulled out in front of him.”