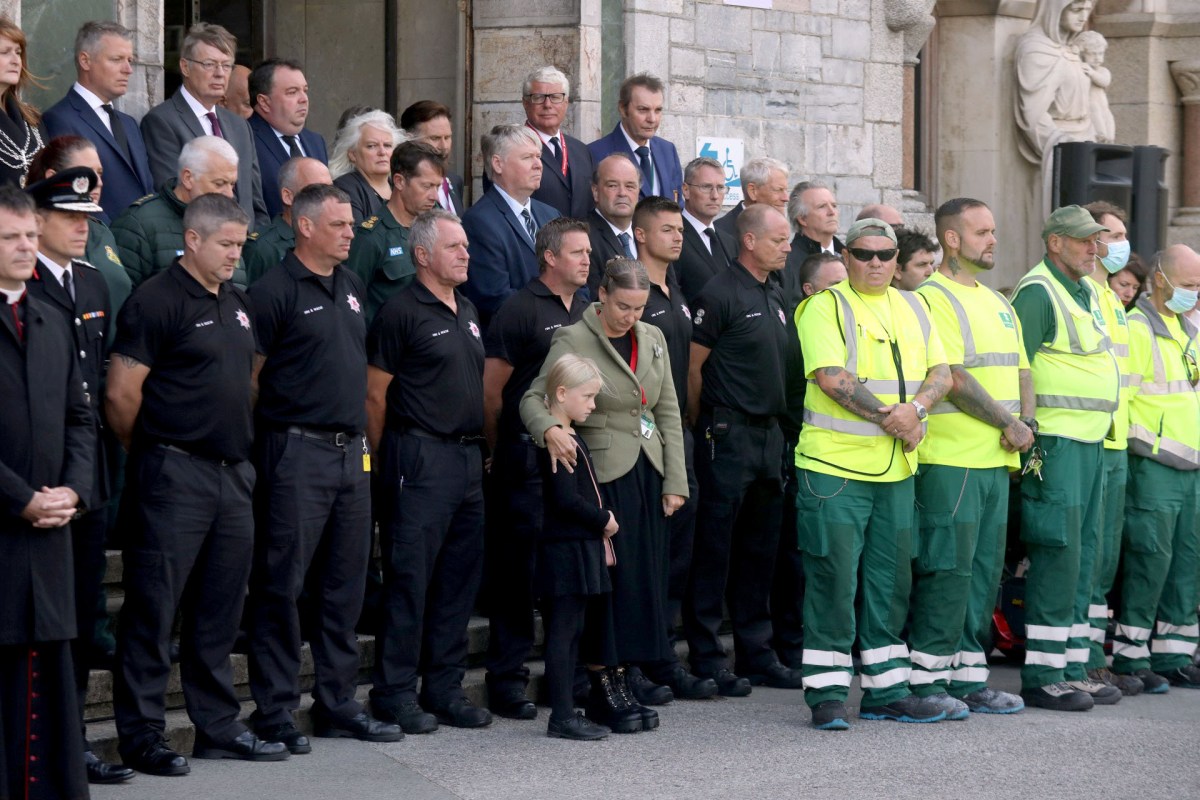 Jake Davison, 22, shot his own mum Maxine, 51, before opening fire on innocent strangers he roamed the streets brandishing a shotgun.

Sophie Martyn, three, and her adoptive dad Lee, 43, were killed as they walked home together in Thursday’s horror.

After also wounding two other people, the monster then shot himself dead – bringing the six-minute rampage to an end.

A one-minute silence was held at 11am in today led by Boris Johnson to remember the five tragic victims.

Civic leaders, locals and council staff also marked the sombre occasion outside the Guildhall in Plymouth.

Books of condolence have been set up at various locations in Plymouth for people to pay their respects.

Plymouth officials also invited mourners across the UK to join in with the minute’s silence to pay tribute.

Lord Mayor of Plymouth Terri Beer said: “The outpouring of love and kindness for Keyham over the past 48 hours has been overwhelming. Across the country we have seen how everyone is distraught by what has happened.

“To show the families of the victims and the wider community that we all stand with them at this difficult time, I invite everyone in the UK to join us in a minute’s silence.

“We all need to come together and support Keyham to recover from this tragedy. This will be a moment for us to unite, reflect and remember those we have lost.”

Tributes have flooded in for the five victims – including Lee who fiercely tried protecting his daughter as the mass killer opened fire.

Cousin Jess Morcom, a journalist at PlymouthLive, said: “He had the kindest heart, would do anything for anybody and you only had to take one look at him to see how much he loved and adored his family, Bex [his wife Becky] and his children.

“I was always so proud to be able to say you were my cousin. The world is going to be a much darker place without you in it.”

She added: “Beautiful little Soph my darling, how truly blessed we all were to have seen you grow into such a beautiful funny and clever girl for the three years that we had with you.

“My heart hurts so much thinking about how it should have been so many more. I will miss your cheekiness and your dancing the most.

“I will think of you both every single day for the rest of my life. Our family will never be the same.”

And Kate Shepherd’s family revealed how the mum-of-two had been looking forward to a belated birthday party before her tragic death.

Brother-in-law Richard Ford, 75, said: “Kate was loved by all the family.

“They were excited to get together to celebrate finally. No one can believe it.”