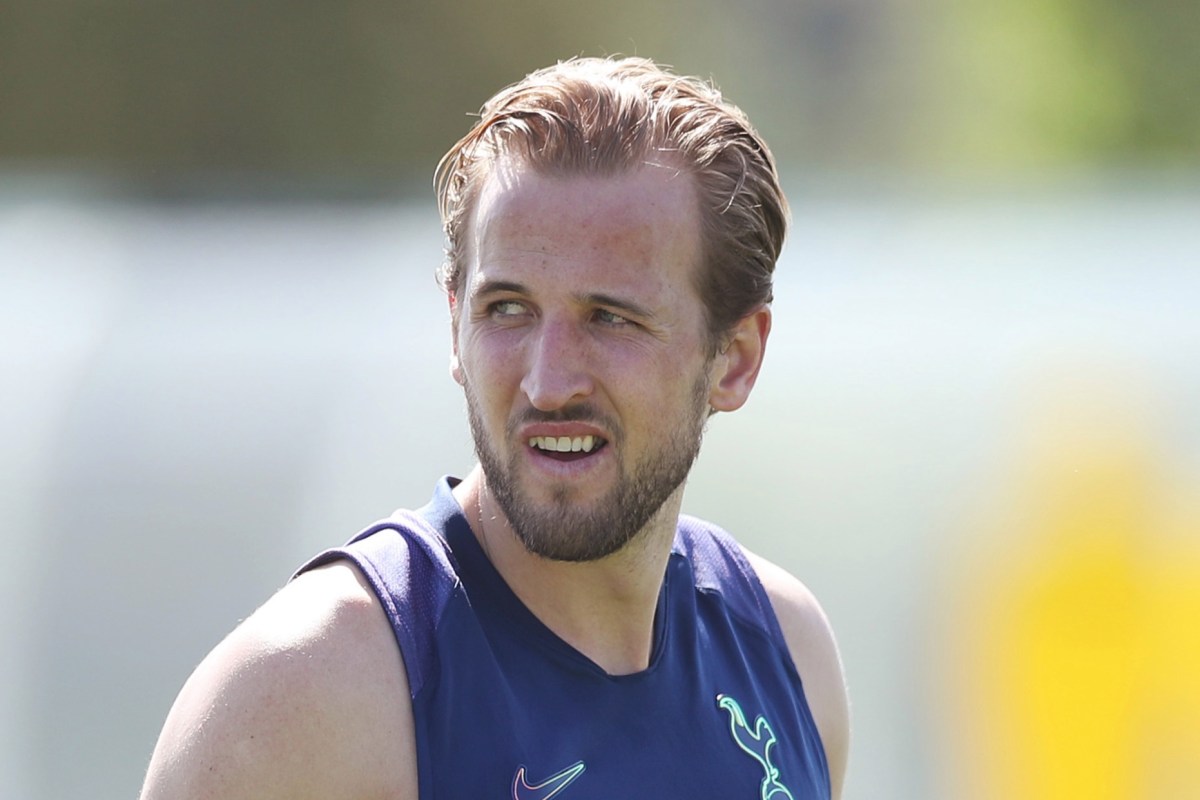 
HARRY KANE has NOT travelled with the Tottenham squad for Sunday’s game with Manchester City.

Nuno Espirito Santo was faced with a huge decision over whether to include the 28-year-old in his line-up after a late return to training.

But Kane did not even travel to the game with his team-mates amid speculation over a potential move to City.

As the squad got off the team bus at Tottenham Stadium ahead of the match, the striker was not among his colleagues.

Instead, it was Son Heung-min, Lucas Moura and Steven Bergwijn named in the starting XI with Bryan Gil and 17-year-old Dane Scarlett on the bench.

Ahead of the match, manager Nuno said: “He’s just continuing his preparations.

“The delay, all these things, I think Harry needs to work, he worked today.

“He’ll keep working until he is ready to help the team.”

Quizzed further whether Kane had travelled to watch the game, Nuno said: “He worked in the morning. I don’t know what he’s going to do.”

Kane only returned to Tottenham training on Friday after his post-Euro 2020 holiday in the Bahamas and Florida.

Spurs had hoped to welcome their star forward back earlier but he chose to extend his stay, which was followed by mandatory self-isolation at the club’s training ground.

City have pressed ahead with their interest in the meantime and Pep Guardiola outlined how the club ‘will try’ to do a deal.

SunSport revealed during the week that the defending champions want to re-open talks over a £120m transfer after their meeting.

But Tottenham continue to put up stout resistance to ensure the England hero, under contract until 2024, stays.

It had been reported that Kane wanted to play on Sunday despite his lack of a pre-season.

Tottenham fans reacted negatively to a club tweet on Sunday that declared ‘Whatever happens, we’ll give it absolutely everything’, alongside an illustration of players – but no Kane – leaving the tunnel.

Tottenham coach Nuno said in his Friday press conference that the player’s mental and physical condition needed to be assessed.

Nuno stated on Friday: “We are going to take the decision about Harry tomorrow, and with the other players who joined us later — Bryan Gil and Cristian Romero.

“The decisions are not only based on fitness. It’s based on many, many aspects.

“Harry joined the group today. He trained. We had a talk. Of course it’s a private conversation but everything is OK.”