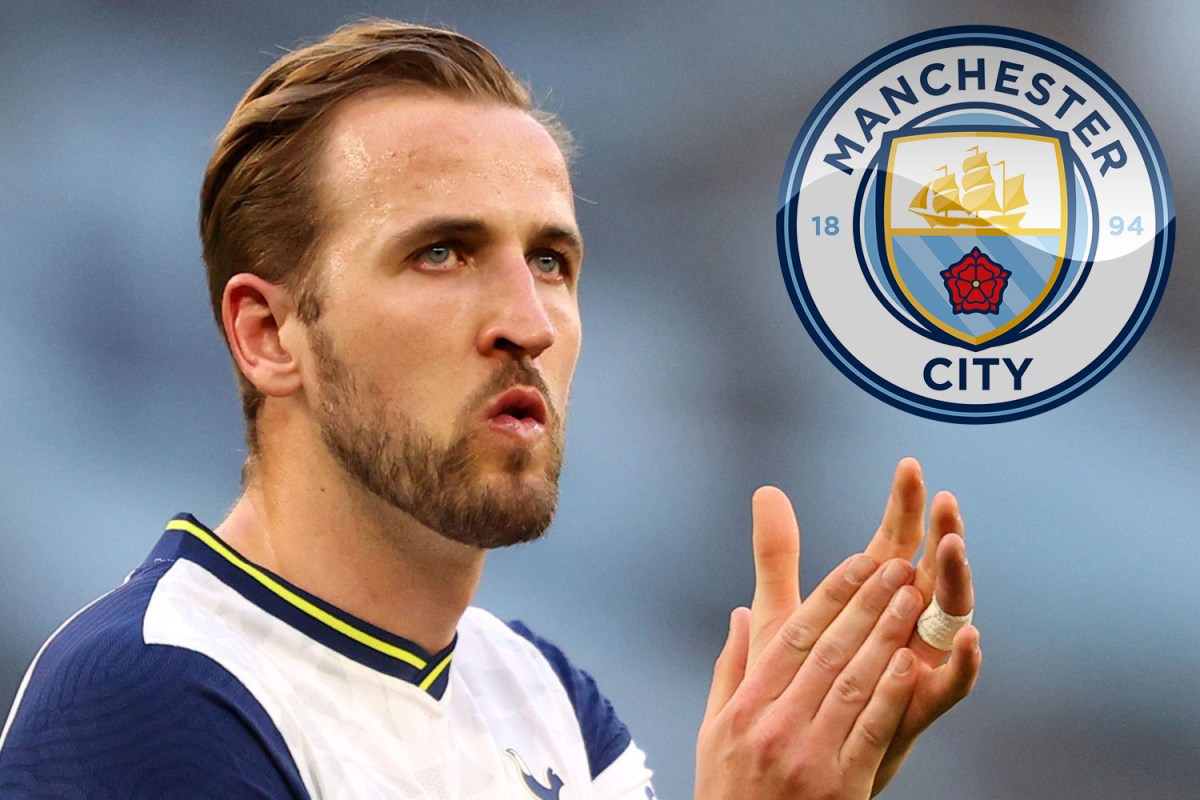 
HARRY KANE is reportedly hoping Manchester City will launch a record transfer bid for him after he was axed by Tottenham yesterday.

The striker was left out of the squad for the meeting in North London on Sunday – although Spurs boss Nuno Espirito Santo continues to insist that the star will remain at the club.

He added that Kane, who returned to full training on Friday, will play once he has proven his fitness.

Despite all the pre-game furore over their talisman’s future amid interest from City, Son Heung-min scored the only goal as Spurs beat the champions 1-0.

However, The Telegraph claims Kane is still hoping Pep Guardiola’s side will push ahead and make a record bid for him before the window closes on August 31.

They state there has been ‘a sense that City had to get this fixture out of the way before they could make a concerted attempt’ to try and sign Kane.

And the report also adds that there are ‘indications’ the Cityzens will offer £120million plus add-ons – although SunSport believe it will be closer to £160m – eclipsing the record £100m outlay they forked out for Jack Grealish.

Spurs fans even delivered their own angry verdict regarding his desire to leave the Tottenham Stadium yesterday as they sang: “Are you watching Harry Kane?”

Kane trained separately from the rest of the Spurs team on Sunday and did not travel with the matchday squad to the ground for the clash.

Regarding his absence, Nuno said: “He is continuing his preparation. The delay [in returning], all these things, I think Harry needs to work, he worked today and he will keep on working until he is ready for the team.

“Players who have had not too many sessions need more work with us, need to be fit.

“Different cases with [new signings] Bryan [Gil], because he came from the Olympic Games, and also [Cristian] Romero. I think for them it’s important to be here, to feel the stadium, feel the hotel, the meeting, all the processes that we have, it’s important.”

When he was asked directly whether Kane was in the stadium, Nuno replied: “He worked in the morning, I don’t know what he is going to do [to watch the game].

“He is preparing himself for when he is ready to join the group and help the team.

“Look, Harry Kane is one of the best players in the world, honestly. We are very lucky to have him. He has to get ready and help the team.”