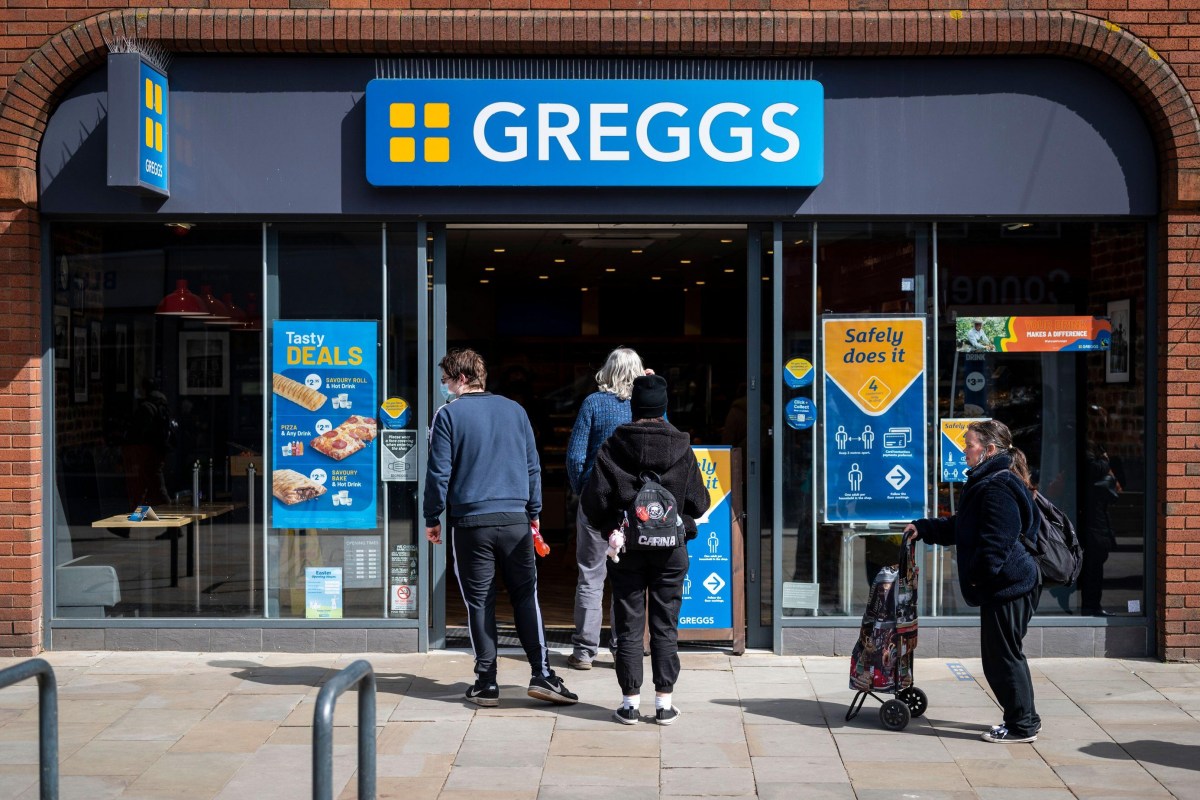 
GREGGS plans to open around 100 new stores by the end of the year in a move that will create 500 extra jobs.

The bakery chain has already opened 48 new shops in the first half of the year, of which the remaining stores will open in the next six months.

Revealed in its half-year results this morning, Greggs also shut 11 branches in the first six months of 2021.

At the start of July, the bakery chain had 2,115 locations across the UK but it plans to expand this to “at least 3,000” in future.

Of the most recent shop openings, 70% were in car-accessed locations such as roadsides, petrol stations, retail parks and supermarkets.

Half of the new branches are expected to be with franchise partners, creating around 500 new jobs in the second half of 2021.

Where are the new Greggs branches located?

GREGGS has only shared where a few of the new branches are going to be located. These are:

Greggs declined to share the full list of locations, but told The Sun the branches are located across the UK. We’ve listed a few above.

The growth plans come as Greggs told investors that the recovery in trade in recent months following Covid was “stronger than anticipated”.

The group has also boosted its delivery and drive-thru services, with home delivery now available from 837 branches.

The Newcastle-based business said it now expects full-year profits to be “slightly ahead” of previous predictions.

Roger Whiteside, chief executive of Greggs, said: “Greggs once again showed its resilience in a challenging first half, emerging from the lockdown months in a strong position and rebuilding sales as social restrictions were progressively relaxed.

“Whilst there continue to be general uncertainties in the market, given our recent performance we now expect full-year profit to be slightly ahead of our previous expectation.”

In March, Greggs confirmed it permanently closed 56 stores last year as it reported its first loss in 36 years due to Covid.

It comes as all Greggs stores closed on March 23 last year due to the first lockdown, even though it was allowed to stay open for takeaway orders.

On Thursday, Greggs is launching a vegan sausage, bean and cheeze melt.