Gran, 72, faces having both legs amputated after being mauled by pit bull while babysitting in hour-long ‘carnage’ 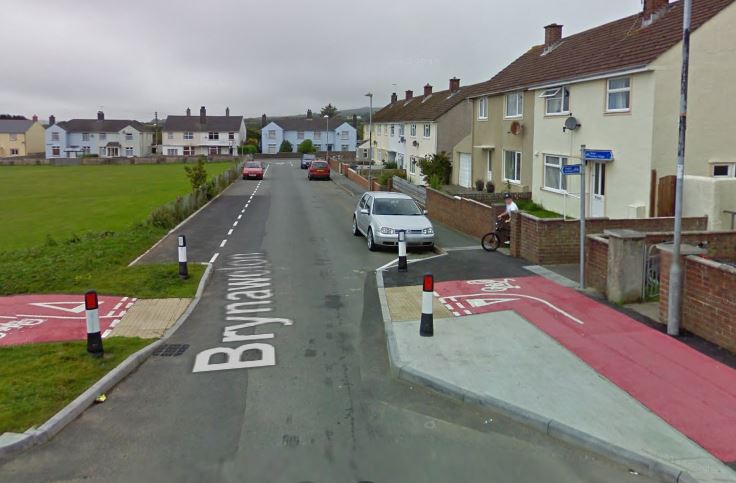 
A GRAN faces having both legs amputated after she suffered a horrific attack by an American pit bull-type dog which lasted for an hour.

The OAP, 72, lost part of an arm after she was mauled by the family pet while babysitting in Goodwick, West Wales, according to a friend.

And she faces further surgery after being placed in an induced coma as medics battle to save her legs.

She had been babysitting for her eight-year-old granddaughter while her daughter and son-in-law were out.

The youngster had popped to a local play area when the 12-stone dog called Rex, one of five owned by the couple, cornered her in the kitchen.

She fled to the back yard but the dog followed and launched itself at her.

She slumped to the ground in agony as the dog tore at her body inflicting horrified injuries.

The gran was discovered lying in a pool of blood an hour later when her son-in-law returned home from work.

Four police cars and an ambulance raced to the scene but the retired cleaner was so badly-injured she was taken to hospital by air ambulance.

The police and her son-in-law secured the dog and took him to a nearby vet to be put down.

A friend said: “It was carnage. There was blood everywhere.

“The poor woman is in a shocking state. She was air-lifted to hospital, but they couldn’t save her arm and they had to put her into a coma.

“Now they’re talking about amputating both her legs as well. The doctors say it’s 50-50. It is utterly heart-breaking.

“She’s in a truly terrible way and her injuries are clearly going to be life-changing if she recovers.”

The friend claimed the same dog had attacked family members twice in recent months including a carer.

Several neighbours in the street where the attack took place said they live in fear of the family’s dogs.

One, who asked not to be named, said: “We’re all terrified of them.

“They very rarely leave the house. Instead, they’re shut up indoors or in the backyard snarling and barking.

“This dog Rex looked like an American pit bull but it can’t actually have been one because they’ve been banned in the UK.

“They’ve got two more that look similar and might be the offspring of Rex, and a couple of dogs that look like Staffies.

“I don’t know how this poor woman survived. It was bound to happen sooner or later.

“The only blessing was that the girl was out playing.”

It was the second near-fatal dog attack in recent days.

A woman was left with life-changing injuries after being attacked by her own American bulldog when she stepped in to protect a child at a house in Nottingham on Saturday.

The dog was stabbed by another occupant of the house and secured in the garden as they called 999.

The dog – which is not a banned breed – was destroyed by a vet.

It is thought that DNA tests will now be done on the body of the destroyed dog in West Wales to check if it was banned breed.

Pit bulls were banned in the UK by the Dangerous Dogs Act in 1991. Since then the breed has continued to maim and kill huge numbers of people in America and Canada.

In the 13 years to 2017 pit bulls killed 283 people in America and maimed thousands more. The breed is responsible for 80% of those killed in the US.

“The woman was taken to hospital with what were described as serious injuries.

“In accordance with the wishes of the family the dog was taken to a vet and put down.”

The police have not yet commented on claims that Rex had been “booked in” to be destroyed following the two recent attacks.