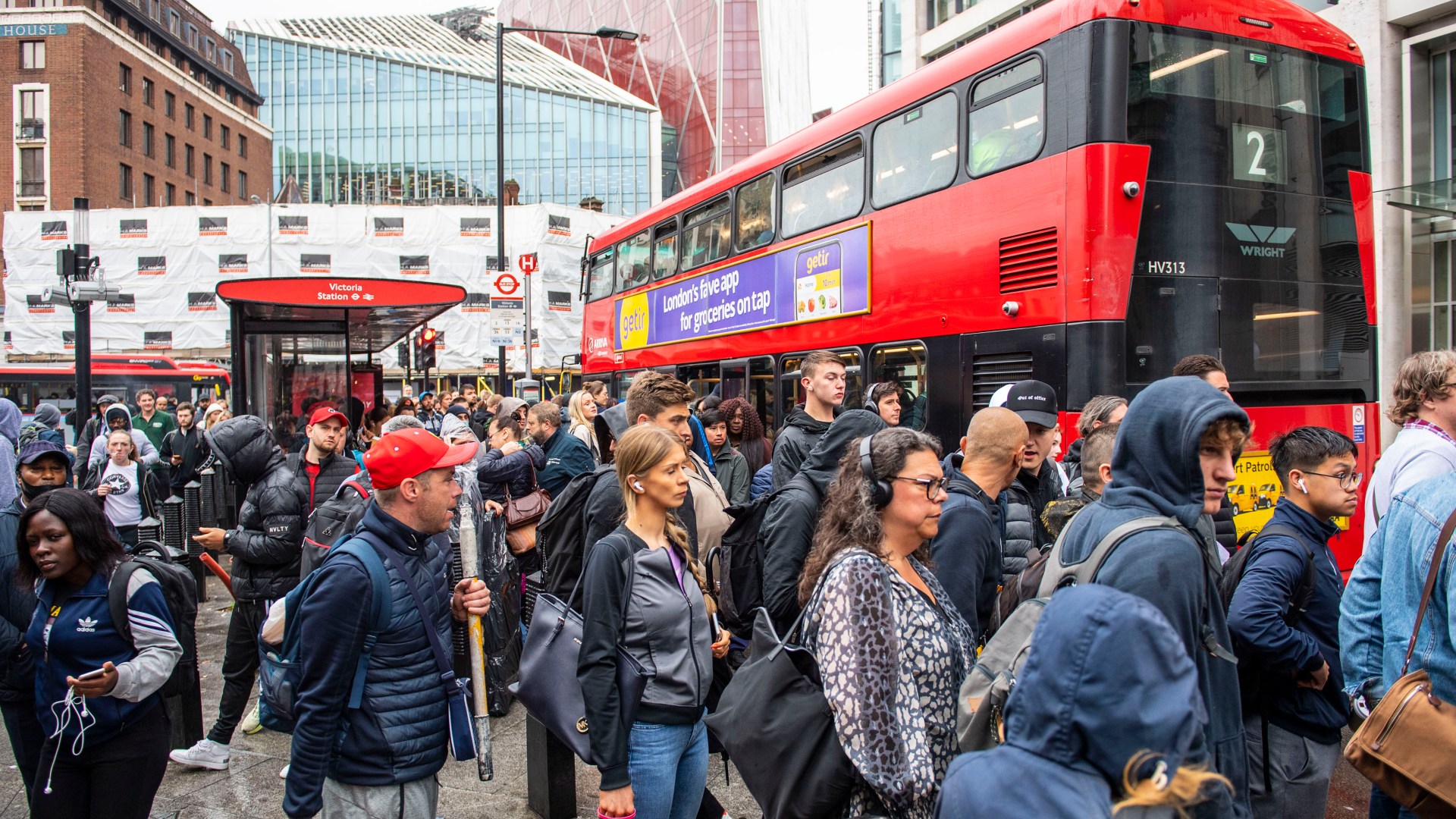 WORKERS restarting breaks from scratch if a manager so much as says hello; all Sunday shifts to count as overtime; refusal to use automated scanners to check railway tracks are in safe condition.

Anyone sane would get shot of these risible, arcane practices in an instant but not RMT rail union chief Mick Lynch.

Instead this acolyte of Arthur Scargill chooses them as his hill to die on by proceeding with mass walkouts that will wreak havoc on the nation this week.

Several of Militant Mick’s grievances masquerade as safety concerns that mysteriously melt away whenever a few extra bob is proffered to his members.

Transport Secretary Grant Shapps is right that Lynch and his bully-boy cronies have been “gunning” for these strikes, out of anti-Tory spite.

Meanwhile Labour offer only banalities about being on everyone’s side or getting round the table and listening. The reality is they have nothing to say — at least nothing they’d like the public to hear.

With crazed fervour for strikes spreading like wildfire to other parts of the public sector, it’s imperative the Government show some spine on this one.

Not only must they not bow to the RMT, they must enact strike-busting legislation to protect the public from future chaos.

THE latest deluded Remaniac to emerge blinking into the sunlight convinced there is still a Brexit war to be fought is Labour’s Stella Creasy, who urges the UK to rejoin the single market and customs union.

Castigating her own party for its failure to keep flogging a dead horse, she claims “such reticence does not honour those who voted Leave — or Remain”.

Well, at least the notion of Ms Creasy giving a damn about honouring Brexit supporters gave us a chuckle.

The pretext for her latest outburst is the UK’s economic woe, which she blames squarely on Brexit. On Planet Creasy, it’s as if the pandemic never existed.

For crushing Remoaner bores like this, there is no question to which the answer is not “More EU”.

How much better off we might be if they diverted a fraction of their energies to making Brexit Britain a success.

ONCE upon a time, there was a legend about a brave hero who fought a dragon.

Students are now thought so soft that a university has slapped a trigger warning on England’s patron saint.

These young adults should be insulted that their emotional capacity is deemed so stunted that even a medieval folk story might prove too much to handle.

If only St George would come back and slay the insidious dragon of wokery.