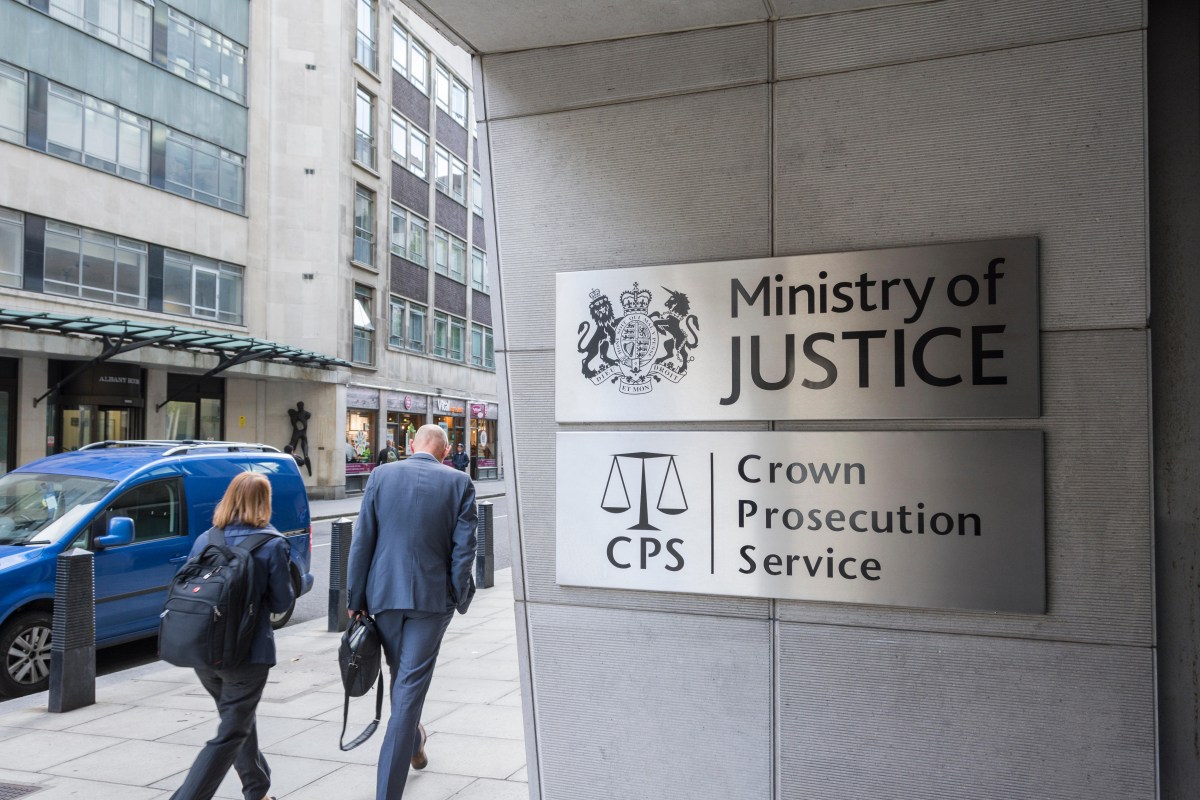 
A GOVERNMENT legal adviser who was fired after developing PTSD while debriefing a “dangerous and violent” terrorist has won a £100,000 payout.

Wendy Lewis, who was a legal adviser for the Ministry of Justice, was made to carry out nearly 1,000 interviews with the twisted serial killer.

She later developed Post Traumatic Stress Disorder and had to take sick leave before being sacked.

A tribunal heard the condition left her a prisoner in her own home and too terrified to see friends or use the telephone.

Ms Lewis was tasked with giving legal advice to the killer, known only as ‘client X’, who was also a police informant.

Client X was being being quizzed over more than 500 serious crimes and had been involved terrorism offences including murder.

The assignment was only supposed to last six months, but ended up dragging on for three years between 2010 and 2013.

During that time Ms Lewis had to travel away from home to the North of England for weeks at a time, working 12 hour days.

And she was made to sign the Official Secrets Act meaning she couldn’t discuss the case with friends or colleagues.

The legal eagle worked as a police station representative for the Public Defender Service run by the MoJ.

She developed psychiatric symptoms as a result of her meetings with the “dangerous and violent” criminal.

The tribunal in Cardiff heard how Ms Lewis was diagnosed with PTSD, and can’t watch TV or read a book because her attention span is so short.

In a written statement she told the hearing: “On a day-to-day basis I am isolated and lack trust even in my closest friends and family at times.

“I do not like to go out places with which I’m not familiar or where there are crowds of people.

“I have suffered panic attacks when I do go out and so avoid this at all costs.

“I always check for an escape route wherever I am and cannot sit with my back towards a door.”

She added: “I feel unsafe even though I don’t know that what I am fearful of is going to happen. The only time I feel safe is at home.

“I feel frightened all the time. I am on medication to control my heart rate but this does not seem to help all the time.

The tribunal heard that Ms Lewis “had no support from the MOJ despite working excessive hours in extremely challenging conditions”.

It was told during interviews with the killer she was “locked in a confined space with a dangerous individual” for more than 10 hours a day.

After the assignment she returned to her office in Pontypridd, South Wales, in summer 2013 but went on sick leave the following May.

She was sent to counselling which determined she was too distressed to go back to work and agreed with her GP’s diagnosis of PTSD.

Ms Lewis was further isolated from ex colleagues when she started raising allegations of misconduct among co-workers.

The tribunal heard she was then moved into a new role carrying out billing work from home.

During this time she claimed an anonymous letter was sent accusing her of breaching the Official Secrets Act by talking about her former assignment.

In 2015 she asked to be considered for ill-health early retirement so she could quit her job.

But it was deemed she didn’t meet the criteria and instead she was placed on two registers for redeployment.

A year later there was a formal meeting about her absences, and afterwards the decision was taken to sack her.

She was tasked with a difficult and isolating assignment, spending prolonged periods in close proximity with a dangerous and violent criminal

Ms Lewis remained on sick leave until her termination took effect and did not appeal the decision.

At the tribunal the MoJ accepted that her PTSD was a disability. A judge ruled she was also a victim of disability discrimination.

The rest was made up of a basic award, financial loss and interest.

In a written ruling, employment judge Sian Davies said: “We have great sympathy with the Claimant.

“She was tasked with a difficult and isolating assignment, spending prolonged periods in close proximity with a dangerous and violent criminal.

“The Respondent’s failure to allow the Claimant to work from home instead of dismissing her was a failure to make a reasonable adjustment.”

She added: “The complaint of ‘ordinary’ unfair dismissal is upheld. The Claimant’s dismissal was an act of discrimination arising from disability.”

Other claims of whistleblowing, automatic unfair dismissal, victimisation, unauthorised deduction from wages and extending time for a recovery were dismissed.

Claims for aggravated damages and medical expenses were also dismissed.