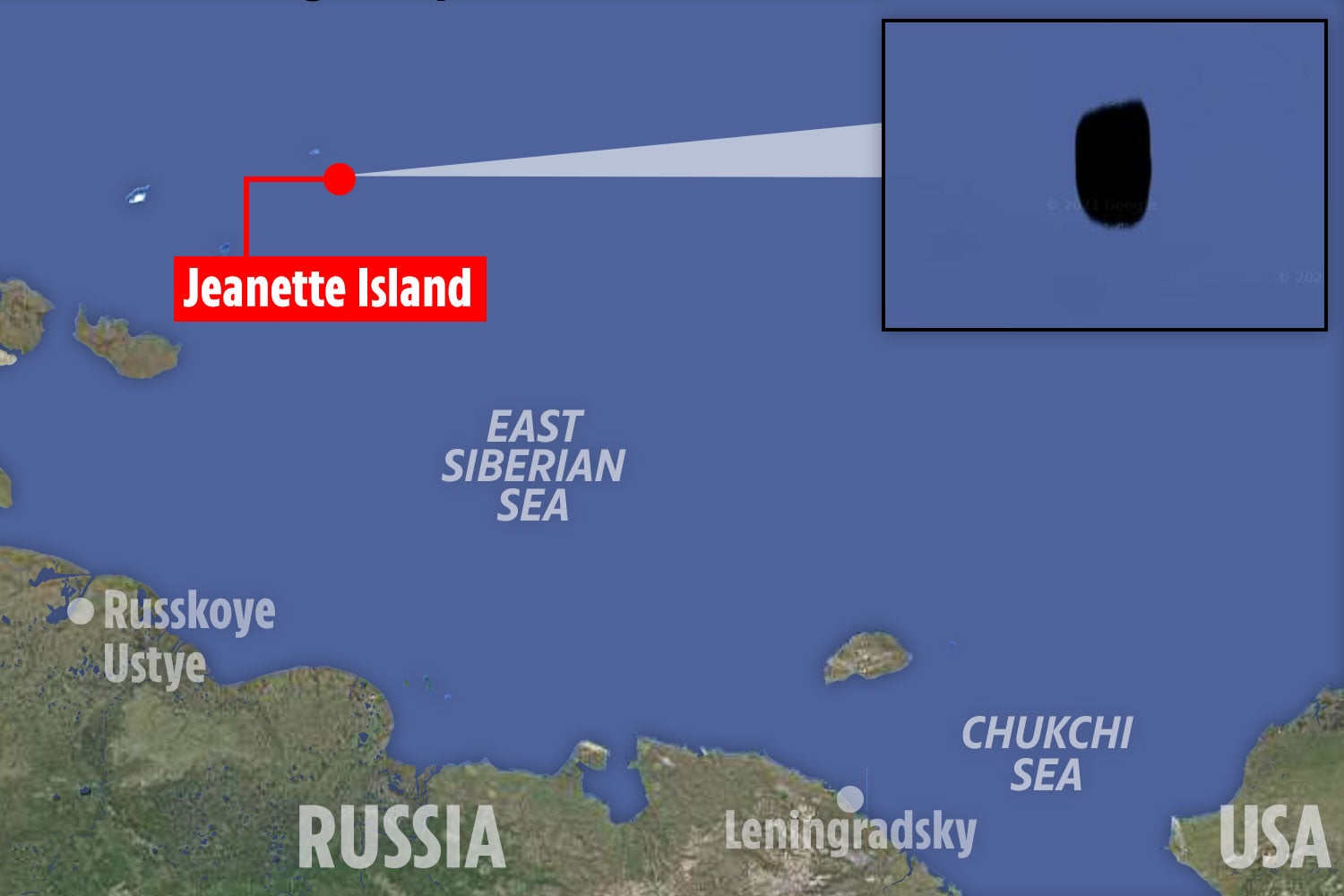 
A REMOTE Russian island has sparked mystery after users discovered it is censored on Google Maps.

Jeannette Island, in the East Siberian Sea, appears as a black smudge on the search giant’s digital map tool.

The company has kept tight lipped over why it obscures the icy landmass from afar.

However, some details can be resolved if you zoom in close enough.

It’s unclear why the island is blurred, although there are long-standing issues around whether the territory belongs to Russia or the USA.

Some conspiracy theorists suggest the spot is an ideal location for a secret Russian military base, as it is relatively close to the US and Canada.

Google often blocks out military locations on its Maps tool, including air bases in Germany, missile silos in Russia and bases in Afghanistan.

Images of the island were provided to Google by the The International Bathymetric Chart of the Arctic Ocean, a project to map the Arctic Ocean initiated in Saint Petersburg, Russia.

Most read in Phones &amp; Gadgets

Jeannette Island, which sits north of Russia, was discovered in 1881 during an expedition led by American Navy officer and explorer George E. De Long.

It covers an area measuring just 1.2 square miles, making it smaller than the site used by Glastonbury festival.

De Long hoped to find open waters in the Arctic Ocean around the North Pole, but was trapped in thick ice near Herald Island in September 1879, drifting hundreds of miles before approaching Jeanette Island around May 1881.

The explorer and his crew took shelter on the island, taking possession of the landmass in the name of the United States and naming after their ship, the USS Jeanette.

However, following the Imperial Russian Arctic Ocean Hydrographic Expedition of 1910–1915, Russia publicly announced that Jeanette, along with other Arctic islands, was part of the Russian Federation.

Administratively, the island now belongs to the Sakha Republic of the Russian Federation, a claim that has never been disputed by the United States, which today recognises it as Russian territory.

It is likely that issues over who Jeanette Island belongs to drove the decision to block it on Google Maps, but that hasn’t stopped conspiracy theorists from chipping in with their own ideas.

On Reddit, user exoplanetaryscience wrote: “Google rarely blacks out without reason. A search through google earth shows that this has been permanently blurred out- even in images dating back to the 1980s.

“But what really gets me is that Jeannette Island is completely non-notable… or at least supposedly.

“I’m going to guess there’s a concealed Russian military base located there, and possibly quite a substantial one at that.”