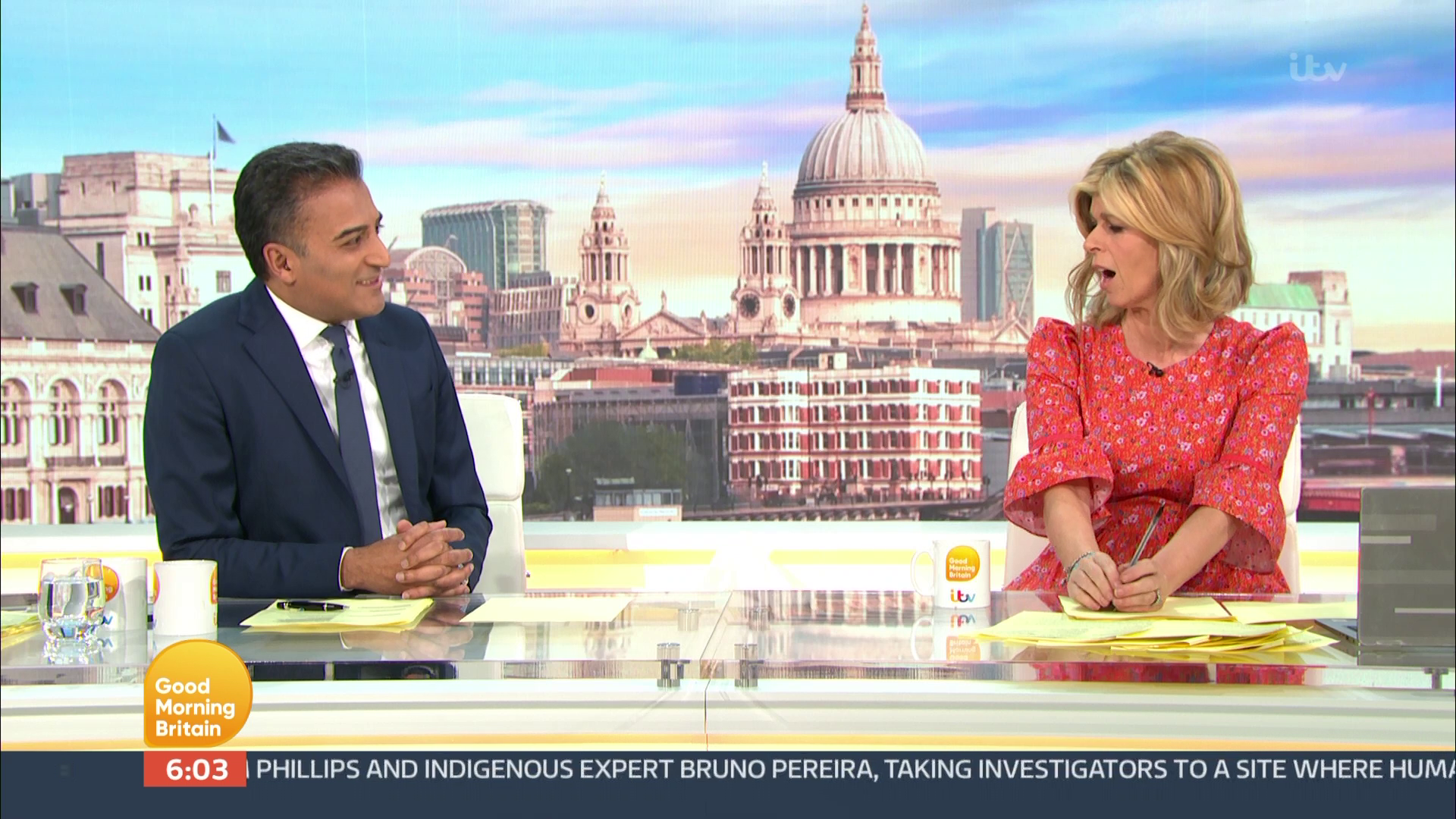 The host stepped in as Richard Madeley finished his stint from Monday to Wednesday.

Another added: “We love our Adil.”

Someone else said: “I’ll say it again Adil Ray is in a different class than Richard Madeley.”

Others weren’t so impressed, with one saying: “this is exactly why adil shouldn’t be doing political interviews coz he’s so biased about everything but his own beliefs? He’s really bad with anything political.”

It’s not yet been confirmed if Adil will be the one to replace Richard when he takes a lengthy break from Good Morning Britain this summer.

He told Sunday Brunch hosts Simon Rimmer and Tim Lovejoy that he’ll be absent from the hotseat in the coming months.

Speaking about filling the void left by Piers Morgan after his exit from the show last year, he said: “Since Piers left, as you know, his chair has been a kind of rotating gig and all sorts of presenters have come in and done it.

“It is true that of late I’ve kind of risen to the top of that pile I suppose.

“But I don’t know for how long as I’m on quite a short contract.”

Richard continued: “I don’t know what’s going to happen. I’ve got quite a big break in the summer, I’m going to France and then I’ll be back quite a lot in the autumn.

“But as for next year I have no idea and that’s fine for me. I’m not chasing it, you know.

“If they turn around and say ‘We’re relaunching the programme and thanks Richard for all the fish but we’re going to use so and so,’ that would be fine with me.”

Richard admitted he takes on projects for fun these days as he’s reached state pension age, and isn’t looking to strategically move forward his career.