Girl, 3, born with her stomach, liver and bowel OUTSIDE her body is home after lifesaving op 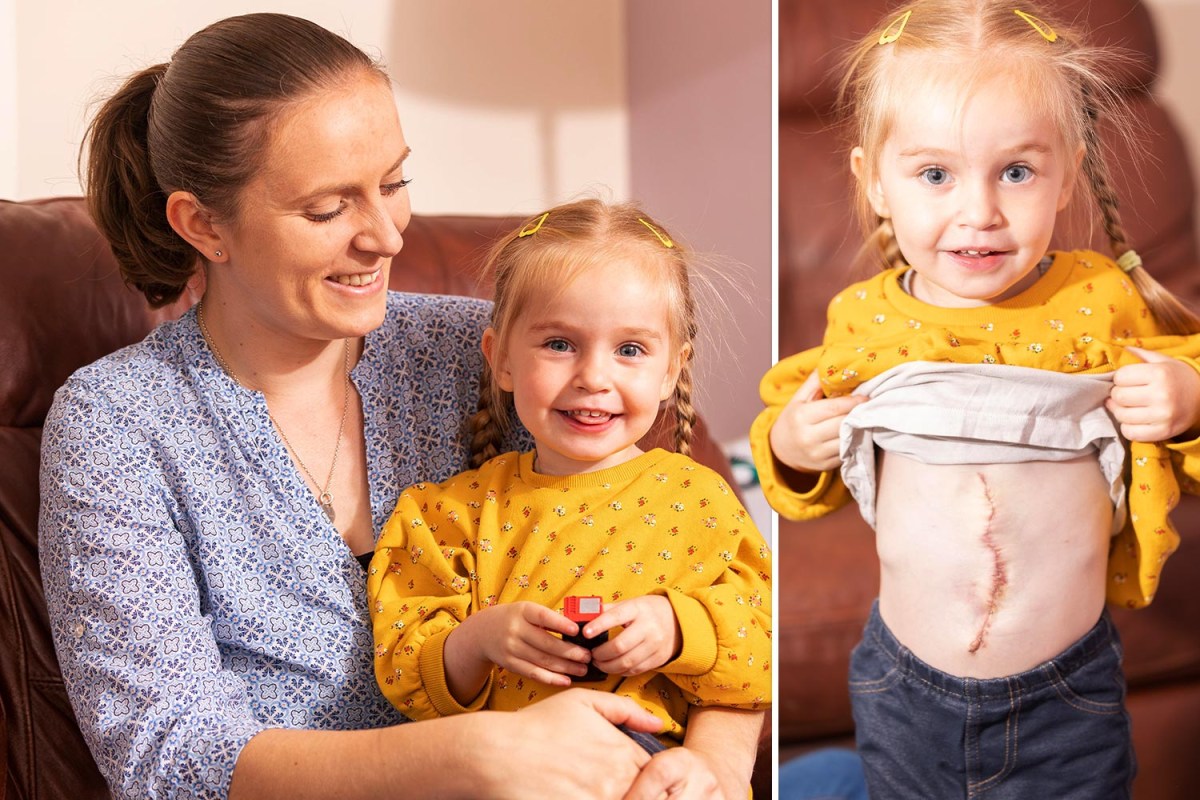 The three-year-old is well and active but scarred from being born with her stomach, liver and bowel outside her body.

The condition — exomphalos — is usually treated at birth but medics at King’s College, London, held off surgery until last month because hers was so serious.

Mum Kelly, of Kennett, Cambridge, said: “There was a stage when we first came home from hospital that you wonder if you will ever be able to live a more normal life,”

But after multiple operations, Kelly said: “Laurel’s back to her normal self.

“All her organs were completely in the wrong place inside, so the surgeon had to reset her, take everything out, put it in the right place and sew her up,”

Doctors said Laurel would have to stay in hospital for six to eight weeks after the operation, but she was back home in just a week.

Kelly added: “To be home so quickly, you sometimes worry it’s too good to be true.

“We were having to remind her when we got home that she’s had a major operation and needs to calm down!

“Now, she’s getting to the stage where she likes to show off her new tummy!”

My baby was born the size of a toddler, I knew he was massive when I felt him wriggling inside me but I swore when I saw him