Girl, 16, arrested after three loaded guns and more than 200 bullets were seized by police 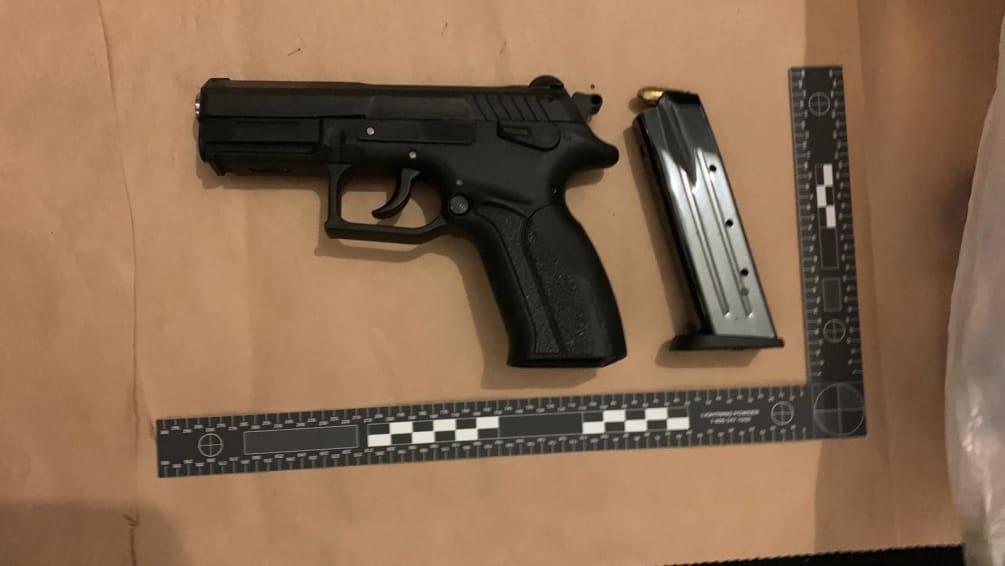 
A 16-YEAR-OLD girl has been arrested after three loaded guns and more than 200 bullets were seized by police.

The weapons and ammunition were found when cops conducted a search warrant at an address in Willesden, North West London, yesterday.

The teen and a 38-year-old man were arrested at the property on suspicion of various firearms-related offences.

They remain in custody at a North London police station.

The raid was the latest in a string of weapon seizures made by the Met a week after Commissioner Cressida Dick joined Mayor Sadiq Khan on an operation targeting gun crime and gang activity in East London.

The operation, part of ongoing work across the capital, followed the recovery of three firearms, ammunition and drugs in Chigwell, East London, and a loaded shotgun, ammunition and four knives in Harlesden, North West London.

A total of 98 firearms have already been seized in the first three months of the current financial year – compared to 92 for the same period in 2020 to 2021.

Detective Chief Inspector Rick Sewart said: “This seizure of three loaded and dangerous firearms, the latest in a string of successes, reflects the dedication of officers across the Met to tackling gun crime.

“The Met remains committed in its fight against violence, removing offensive weapons from our streets, bearing down on those involved and bringing them to justice.”

“We know that we are most effective when we police with the support of the public, working together to tackle those causing the most harm.”