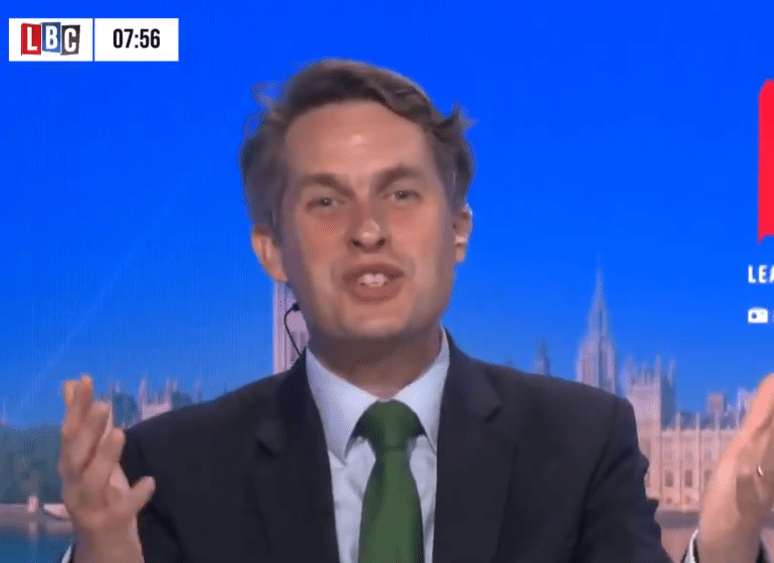 As thousands of pupils found out their marks, the Education Secretary would not spill what he scored in his exams three decades ago.

During a toe-curling exchange on LBC he insisted: “I have forgotten, it is so long ago. It is 27 years ago.”

Moments before the Minister remembered his “absolute delight” when he discovered he had won a place at Bradford University to study social sciences.

Mr Williamson recounted: “For a lad growing up in Scarborough, Bradford was the most exotic and exciting place in the whole world.”

“It opened up the pathway to those next steps and I was absolutely delighted.”

Although he wriggled when pressed about his grades, he admitted it was not “three A*s”.

Viewers raised eyebrows that he could describe the event in detail but his actual results slipped his mind.

One observed: “Amazing he can remember how exotic Bradford felt, how he walked through his old 6th form corridor, how he opened the envelope… then a complete blank at the most important bit!”

He has previously said he kindled a passion for politics during his time there.