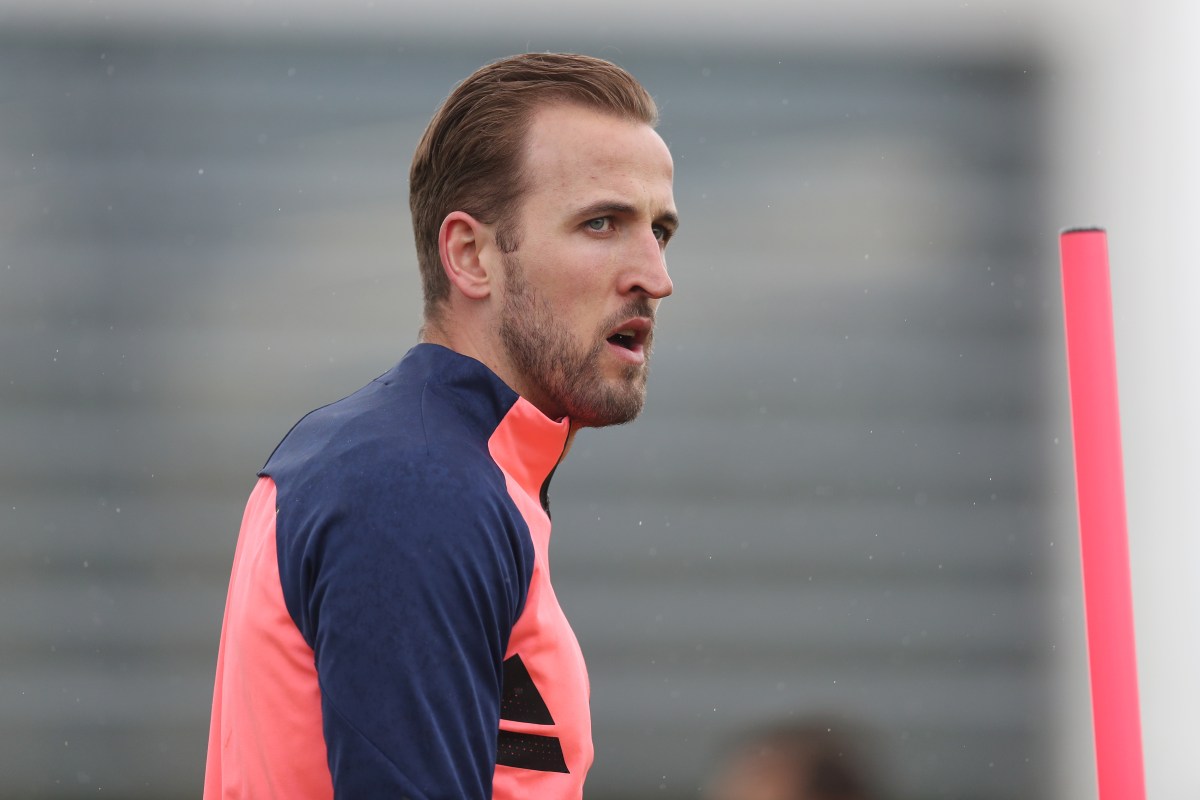 Talks between City and Tottenham are expected to continue after Sunday’s Premier League opener between the sides.

But Red Devils legend Neville has demanded his old club pull out all the stops to bring England captain Kane to the red half of Manchester.

Neville said: “I would want to see a centre forward.

“Chelsea have gone and bought (Romelu) Lukaku, City are after Kane and got (Jack) Grealish. We got (Jadon) Sancho and (Raphael) Varane and they are good signings but I don’t think it’s enough.

“For me, I’d be going all-out to get Kane at Old Trafford. All-out. If City are going to buy Kane, why can’t we get Kane? We can compete.

“Last year we said we needed a centre forward, a right winger and a centre back. if they got Sancho, varane and Kane they would have a great chance (of winning the league).

“If Kane goes to City – forget Manchester United winning the league. Forget it.

“If Kane goes to Manchester United you have 25 goals in your team. It’s gold. Kane is gold. Fact. Five years of absolute gold. It’s one player. It’s Harry Kane.”

Neville played under the trophy-laden years of Sir Alex Ferguson where United would try to snap up the best striking Premier League talent.

While he missed out on Alan Shearer, who went to Blackburn and then hometown club Newcastle.

Neville added: “United have built a history of going for the best British or Premier League player.

“That’s been their motto going back to Keane, trying to get Shearer, Gascoigne, Pallister, Ince, Rooney, Ferdinand.”

Neville’s United team-mate Roy Keane also believes Ole Gunnar Solskjaer’s side should be at the front of the queue to lure goal machine Kane to Old Trafford.

Keane said: “If Kane goes to Man City, they will be very difficult to stop.

“I’d love to see United go in for him. Players need a lift and you want to see new players walking through the door and United have always been a club like that.

“God knows how many times they have broken the record but you have got to make statements all the time. If Kane is available, he’s English, he’s 28, they certainly have to be in the mix.

“If Kane wants to go and play for Man City and Pep (Guardiola) then fair enough. But you surely have to be in the hunt for him. You have to be.”