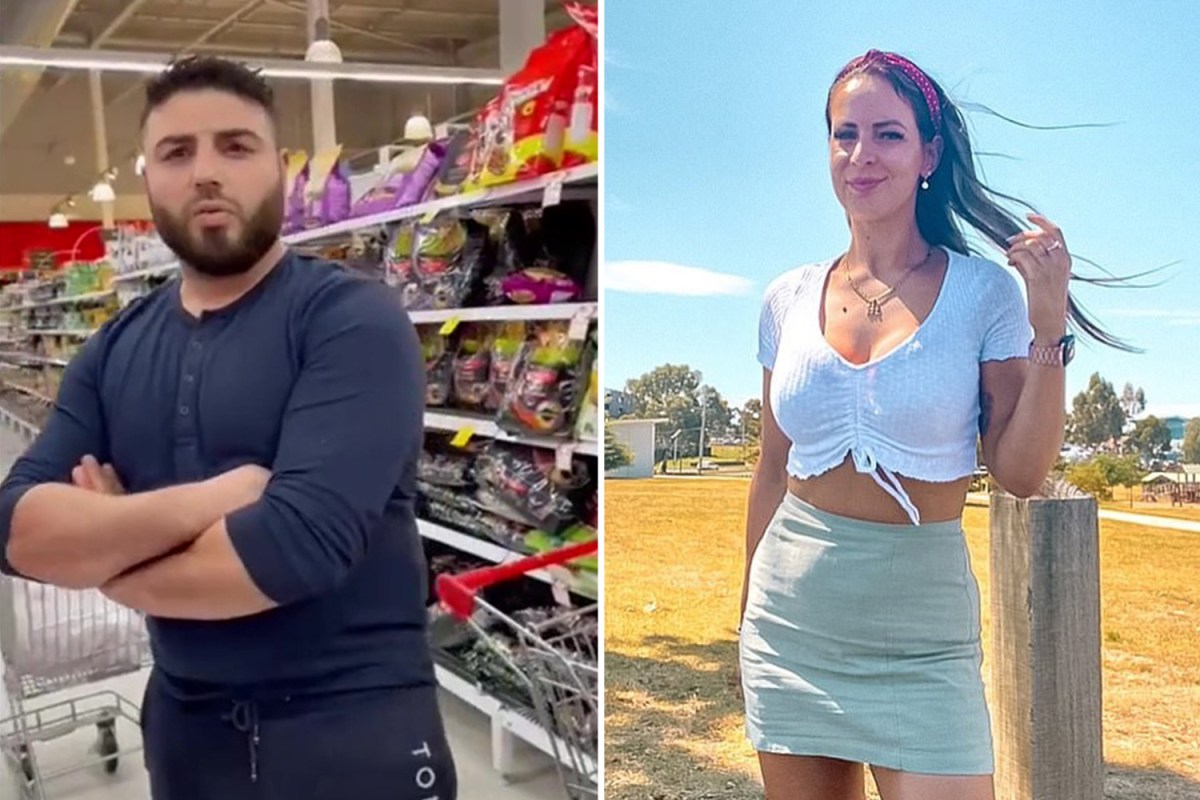 
AN idiot dad has sparked fury after he berated two women for kissing in a supermarket saying: “I choose what I want my kids to see”.

The viral video, which saw Anueta Madison-Vanderbuilt confront the bigot in a store in Melbourne, Australia, was met with anger from TikTok viewers.

Mum-of-three Anueta was out shopping on Thursday when her girlfriend joined her at the store.

According to the 31-year-old mum, the couple exchanged a “quick kiss” and then heard the man speaking in a raised voice.

The couple soon realised the dad was directing his comments at them.

“I just kissed her to say thank you and within that same second when I kissed her, we heard a man saying, ‘calm down, calm down’,” she told news.com.au.

“We turned and saw he was with kids so thought he was saying it to his kids … then when he was walking past with his wife and three children and said, ‘Calm down, calm down guys’.

“That’s when I realised he was talking to me.”

Shocked by what he was saying, Anueta confronted the man and asked why he had directed those comments at them.

In response to the mum-of-three, the man said: “I choose what I want my kids to see, when they grow up they can choose what they want … when I come to a shopping centre, I would like to see a nice calm environment.”

His child can be seen lingering between his father and Anueta while the two argue.

After noticing that he is being filmed, the dad lunges at the couple and threatens to “snap” her phone.

“If you record it, I’ll actually wipe your phone out of your face, because I’m not in the mood today … get out of my face and don’t talk to me,” he tells them.

Anueta has said the reaction to the video had been overwhelming with many showing their support for the couple.

“Most people are supportive [but] there [is] definitely still is a lot of hate out there,” she said.

“A lot of people were justifying his violent actions but the majority has said lovely, lovely messages and supportive in saying you can be affectionate and peck your girlfriend or your boyfriend and your partner, or whoever it is.”

One viewer wrote: “I guess his kid is allowed to see violence rather than two couples showing affection.”

Another said: “Oh well if you don’t want your kids to see it leave them at home because there are [a] lot of couples kissing in public.”

The 31-year-old said supermarket staff did not intervene that day but she is hoping to get CCTV footage of the confrontation.

She added that police were also investigating the incident.

A Coles spokeswoman told news.com.au that they were “concerned” by what happened in their store on Thursday.

“Coles values respect and opposes discriminatory behaviour in all forms and we were concerned to hear about this customer’s experience,” a spokesperson said in a statement.

“We are committed to creating and maintaining an inclusive culture in which the LGBTQIA community feel they can be their authentic selves and have a safe place to work and shop.”