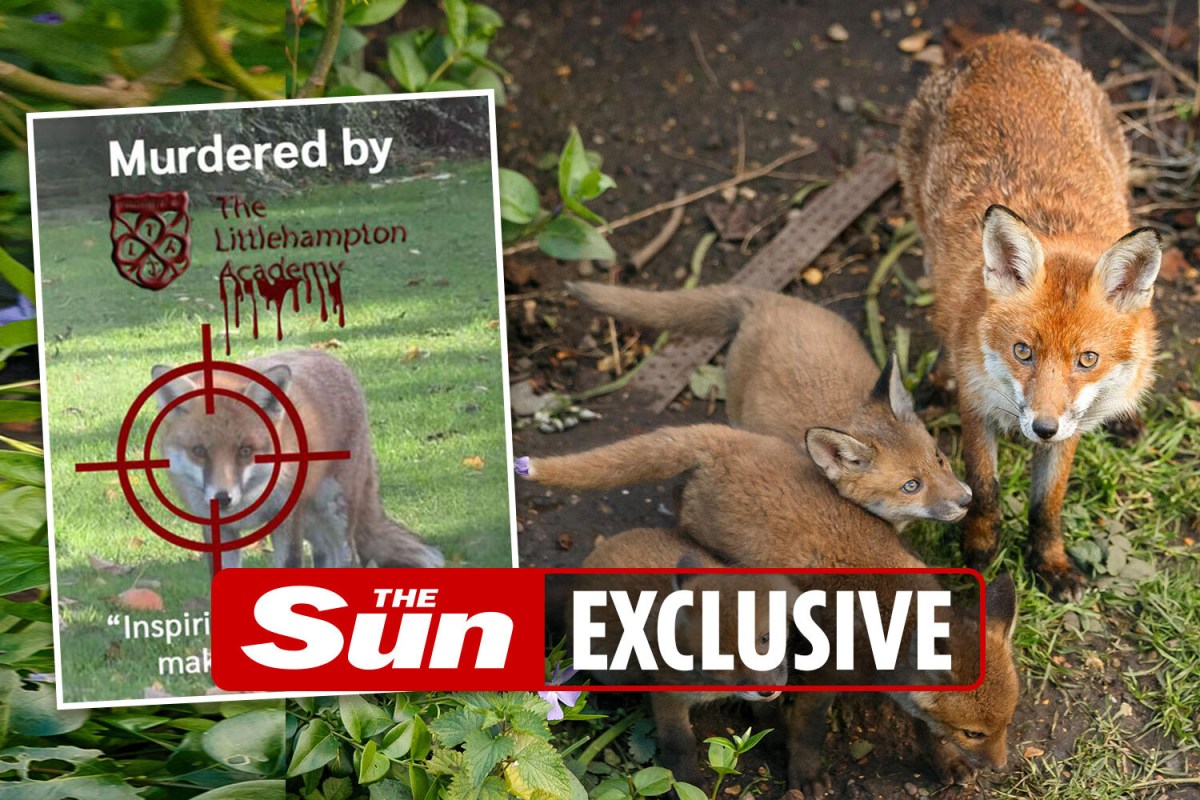 
FURIOUS parents have hit out at a school accused of “murdering” a fox and three cubs after the animals pooed on the playing field.

The vixen and her young were shot dead by a paid marksman overnight.

Bosses at Littlehampton Academy — which wants to become a “forest school” focusing on nature — have been slammed for being “hypocrites” following the killings.

Foxes do not have protected legal status in the UK so it is not an offence to shoot them if the land owner has given permission.

But campaign group Fox Guardians wrote “Murdered by the Littlehampton Academy” on a school poster they mocked up online.

The group, founded by Dora Nightingale, insisted: “The foxes’ only ‘crime’ was that they soiled your playing fields.

“You are a Christian academy and should set an example on how to treat every single sentient being with respect and compassion.”

Elaine Clayton, whose child attends the school said: “This poor fox and her family’s lives were snuffed out by disgusting humans.

“What sort of example are you portraying to young people? Appalling behaviour?”

Dad Brandon Pragnell added: “They didn’t even try to relocate them. There are so many different things they could’ve done.”

Another parent reckoned: “Ironically, they want to become a forest school yet they kill all the wildlife.”

In 2003, the school in West Sussex successfully applied to become a business and enterprise specialist academy thanks to a donation from Body Shop founder Anita Roddick — famously against animal testing and cruelty.

It insisted other options for dealing with the foxes were not suitable.

A spokesman said: “We did look at trapping them as an option but, once trapped they would be destroyed, and on balance we felt allowing them to be trapped and held in cages for a period before being destroyed was a worse option.

“This is not something we decided on lightly but I hope that you can see that as an educational establishment with over 1,300 children on site we have a responsibility to ensure their safety and health, and so we took this difficult decision.”

Baby bear cubs entertain themselves on a golf course