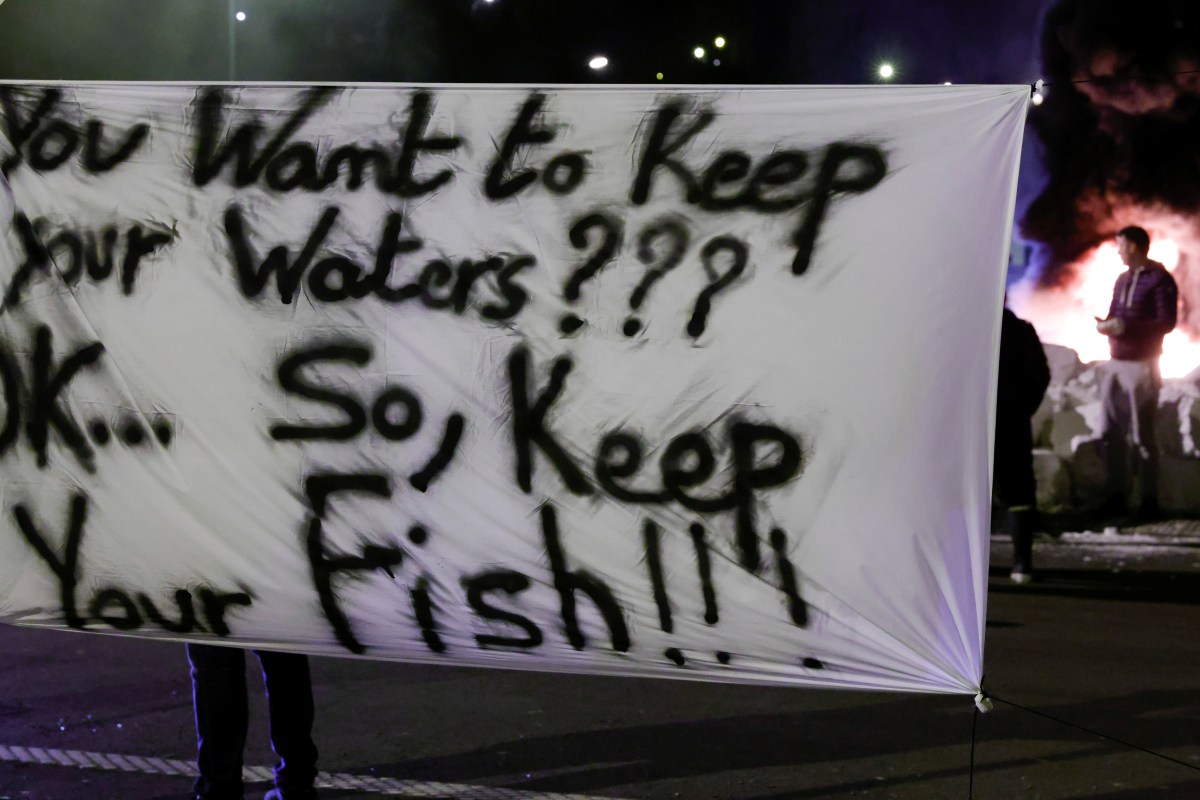 
FRANCE has threatened “reprisals” against Britain if No 10 doesn’t grant its fishermen greater access to UK waters.

Europe minister Clement Beaune said Paris will be a “brutal and difficult partner” until it secures more catches.

French trawler men have accused No 10 of failing to stick to last year’s Brexit deal by shutting them out of our coastal areas.

But British officials deny the claims and say they’ve granted fishing licences in line with information provided by the EU Commission.

Last week skippers blockaded the port of Boulogne and stopped UK lorries in a protest against the current terms.

Mr Beaune, who is Emmanuel Macron’s right-hand man, said Paris may withhold access for UK banks to the continent in retaliation.

He said: “We are asking for the whole deal, nothing but the deal.

“And for as long as it has not been implemented we will carry out reprisals in other sectors if it is necessary.

“The UK is expecting quite a few authorisations from us for financial services.

“We won’t give any for as long as we don’t have guarantees on fishing and other issues.

“It’s give-give. Everyone needs to respect their commitments, if not we will be as brutal and difficult as is necessary as a partner.”

His remarks came as euro MPs met in Brussels today to give their final seal of approval to the trade deal.

The EU Parliament had threatened not to ratify the accord as it demanded a greater say in how disputes between the two sides are policed.

But the main political groupings have now backed giving the pact the green light, meaning it will permanently come into force.

And she warned No 10 the agreement gives Brussels sweeping sanctions powers if it breaches any of the terms – including tariffs on UK goods.

She said: “The agreement comes with real teeth – with a binding dispute settlement mechanism and the possibility for unilateral remedial measures where necessary.

“Let me be clear – we do not want to have to use these tools. But we will not hesitate to use them if necessary.

“They are essential to ensure full compliance.”

Both sides have already become embroiled in a number of angry rows in the first four months of the new relationship.

The two have fallen out over how extensive checks on goods travelling between Great Britain and Northern Ireland should be.

But tensions have since cooled with talks are about a permanent solution said to be making good progress.

Tensions have also boiled over about vaccine supplies, with the EU temporarily threatening a jabs embargo on Britain.

And the treatment of expats by some European countries like Spain has riled Downing Street.