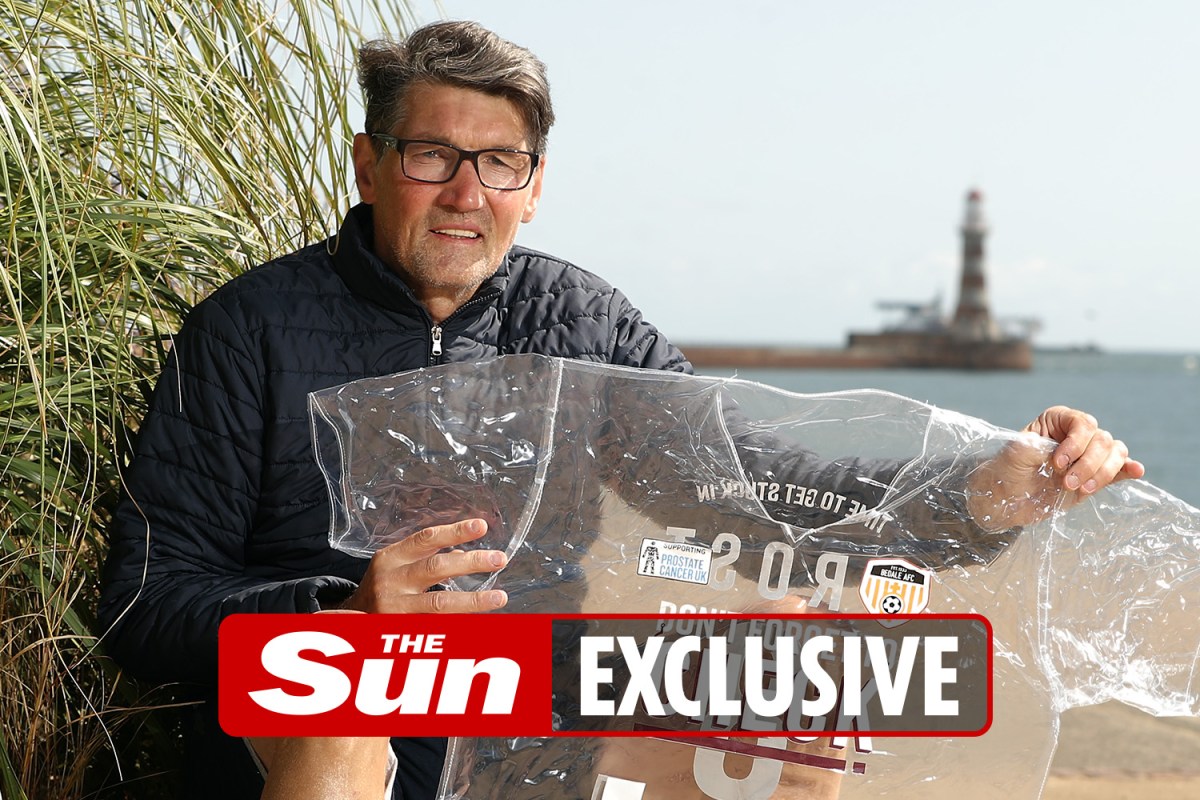 
MICK HARFORD’S 18-game spell at Newcastle was a nightmare he will never forget.

The hardman striker, 62, got all sorts of stick from fans before he was plucked to safety by Bristol City.

It was, he says, his biggest challenge in 21 years of top-flight football.

But today, Harford faces a terrifyingly different test as he begins ten weeks of radiotherapy for prostate cancer.

He has received good-luck messages from across football, including one from Sir Alex Ferguson, who faced his own health battle in 2018.

For now Harford, assistant manager at Luton, is stepping out of the dugout.

He told SunSport: “The low moments are really tough.

“Your mind plays tricks with you when you’re sat alone or lying in bed.

“I feel good today, I’m up for it and I can beat this but the next day I might feel down.

“Things go through your mind and you see other people and I’m not in the same position as them.

“You think ‘why me?’. There’s no history of it in the family. My parents were healthy when they were around and lived to a long age.

“But it’s something you’ve been handed and you have to deal with and I just want to do that.

“It never leaves your mind. It raises its head all the time, whatever you are doing.

“I won’t be around for two to three months with the radiotherapy. But I want to help as many people as I can and raise awareness of the disease.

“I spoke to Sir Alex last week and if I can be half as brave as he was then hopefully I’ll overcome this.”

Harford is full of praise for Luton — who travel to Barnsley tonight —  and the support he has been offered since he was diagnosed three days before Christmas.

He recalls the moment he was sat in a doctor’s office when he was told his test result had come back positive.

The former Chelsea, Wimbledon and Luton striker, who played twice for England and bagged 186 career goals, described it as a “bolt from the blue”.

The cancer has since spread to his pelvis, lymph nodes and groin.

He has cut out alcohol and sugar and gone on a diet, losing two stone, to prepare for the battle ahead.

You go into big games with a mindset but this is completely different. I draw strength from helping others and raising awareness. That makes me happy.

“But it can get anyone. I’m starting radiotherapy and I’m nervous, apprehensive and pleased — I want to get on with it.

“It’s hard for my family. I didn’t want to be a burden on anyone. I’ll take it day-by-day but I look forward to the day that I get the all-clear.

“It’s going to be a long road. Nothing prepares you for this.

“You go into big games, into challenges in football with a mindset but this is completely different.

“I draw strength from helping others and raising awareness. That makes  me happy.”

Harford has teamed up with Bedale FC in North Yorkshire, who have launched a see-through kit to highlight the condition and raise money.

“These deaths are preventable if you get an early diagnosis.”

As for Harford, he will fight to the bitter end.

He added: “My hardest fight was at Newcastle. It was my worst nightmare.

“That shaped me and this will do the same thing.”