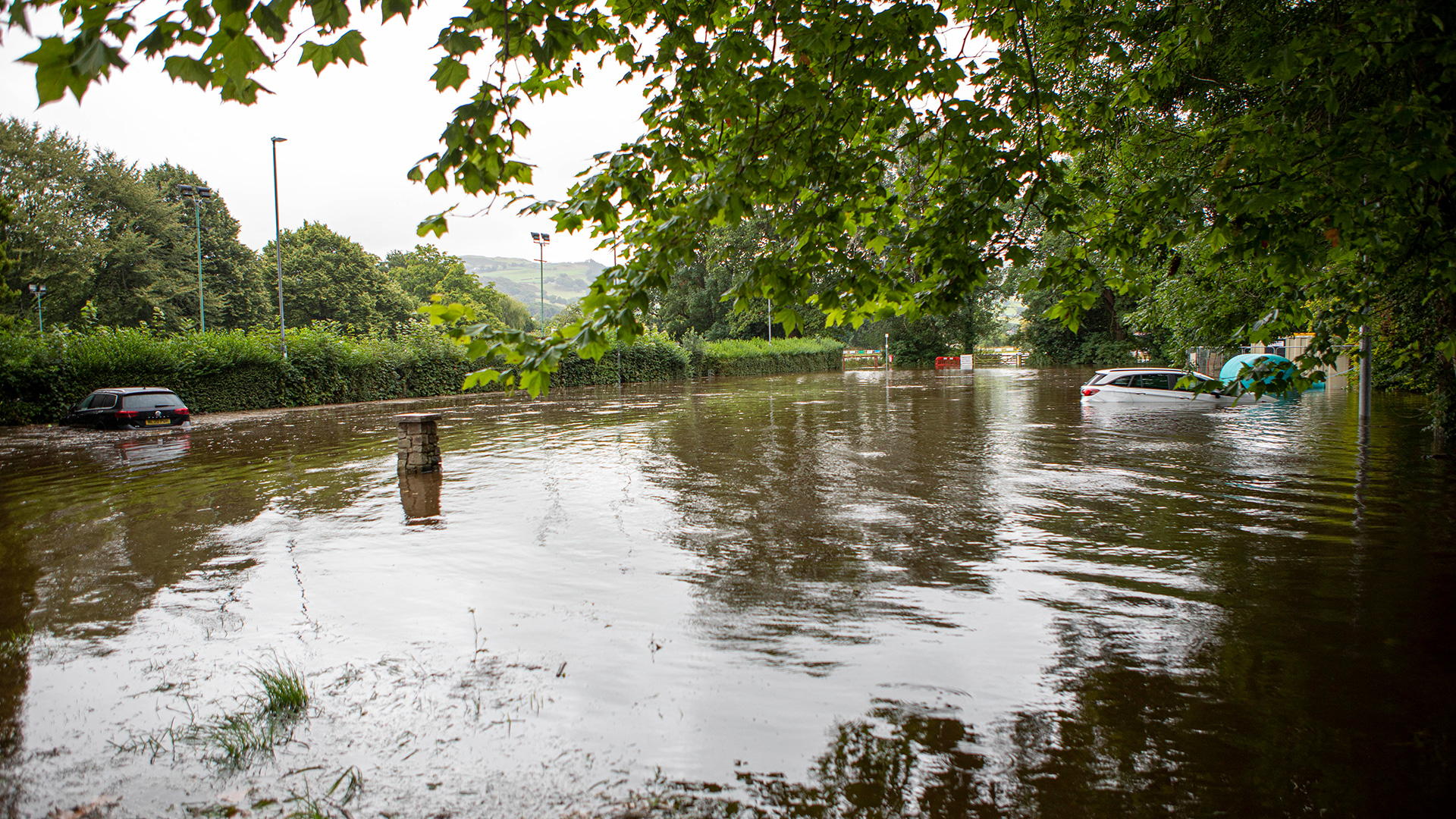 
FLASH floods struck part of the country yesterday and left cars submerged – after the driest July since 1935.

Up to 4.5in fell across parts of the Lake District in just 24 hours whilst north Wales saw as much as 3.5in.

But the south remained bone dry as fears of the worst drought since 1976 lingered.

Met Office forecaster Steven Keates said: “There’s been some heavy rain around – probably the heaviest we’ve seen for quite a while.

“The ground is extremely hard after the prolonged dry spell so the rain water is simply running off it.

“But that’s probably the most significant rain we’re going to see for a while.

“For those regions that really desperately need it – like the south east and central southern England – there’s not going to be much for the foreseeable future.

“Some may not even see any.”

Figures released by the Met Office show parts of the south saw their driest July since records began in 1836.

England saw an average of 23.1mm – the lowest figure for the month since 1935 and the seventh lowest July total on record.

There are fears the continuing dry weather could spark another drought on the same scale as 1976.

Rivers and reservoirs are dangerously low and England’s first Summer hosepipe ban will be imposed on Friday by Southern Water.

Up to a million people will be forbidden from using hosepipes to water gardens, parks, lawns, allotments, open spaces and sports areas.

They will also be forbidden from washing cars, watering plants, cleaning windows, paths or patios or filling paddling pools.

Other firms are also on the verge of imposing hosepipe bans with major shortages in Yorkshire and the South East.