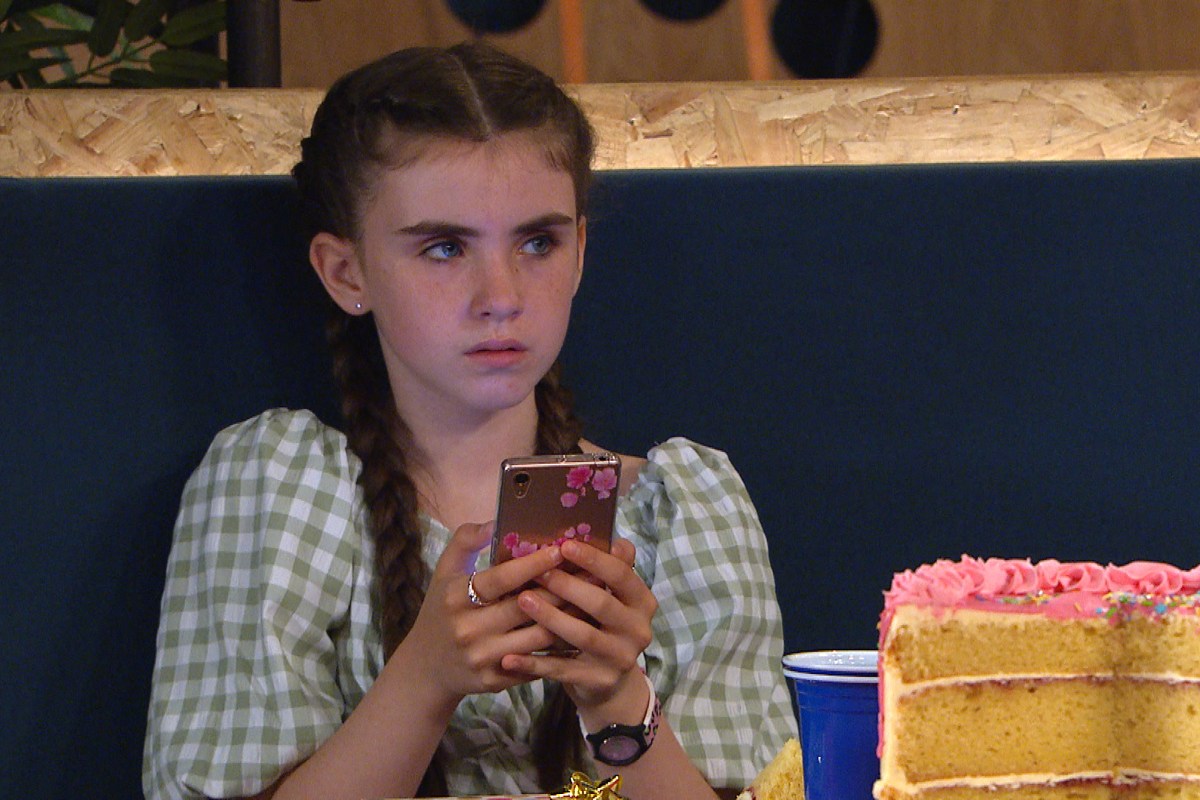 
APRIL Dingle’s troll is unveiled on her birthday next week in Emmerdale, while Meena Jutla takes horrifying revenge against David.

Marlon’s financial woes continue next week and he’s devastated when he receives a bad review.

When the reviewers return to the pub, Marlon decides to prove them wrong but his efforts are thwarted.

Later in the week, Marlon is sent into a spiral when the bill for April’s party turns out to be more than he was expecting and his card is declined.

April tries to hide her sadness in front of Bob and Marlon on her birthday next week, before admitting to Cathy that she’s worried about her safety at home.

Opening an online card from her troll, April despairs and furiously responds to the troll.

Terrified for her life, April locks herself away as she worries the troll will turn up on her doorstep.

Emmerdale bosses have teased that April’s troll will be revealed next week.

But who will it be?

Viewers know that April’s friend Cathy has been using her to try and get closer to her brother Ellis Chapman in recent weeks.

Viewers voiced their concerns when Cathy, who’s also April’s aunt, added April to a year nine group chat called the Silver Stars, and made her promise to keep it a secret.

Could Cathy be the culprit who’s been sending the vile messages all along?

Meena is left fuming when David and Victoria draw up a rota for mutual childcare next week.

Viewers will see the evil nurse sneak in through Vic’s back door while she’s upstairs, looming over Theo.

When Victoria comes downstairs, she’s horrified to find that Theo has disappeared.

What is Meena up to?

Sarah quizzes Noah when she finds him acting suspiciously and he admits that he’s managed to track down her donor family.

Noah warns Sarah to be careful but she shrugs off his concerns.

However, soon enough Sarah realises she’s in too deep.