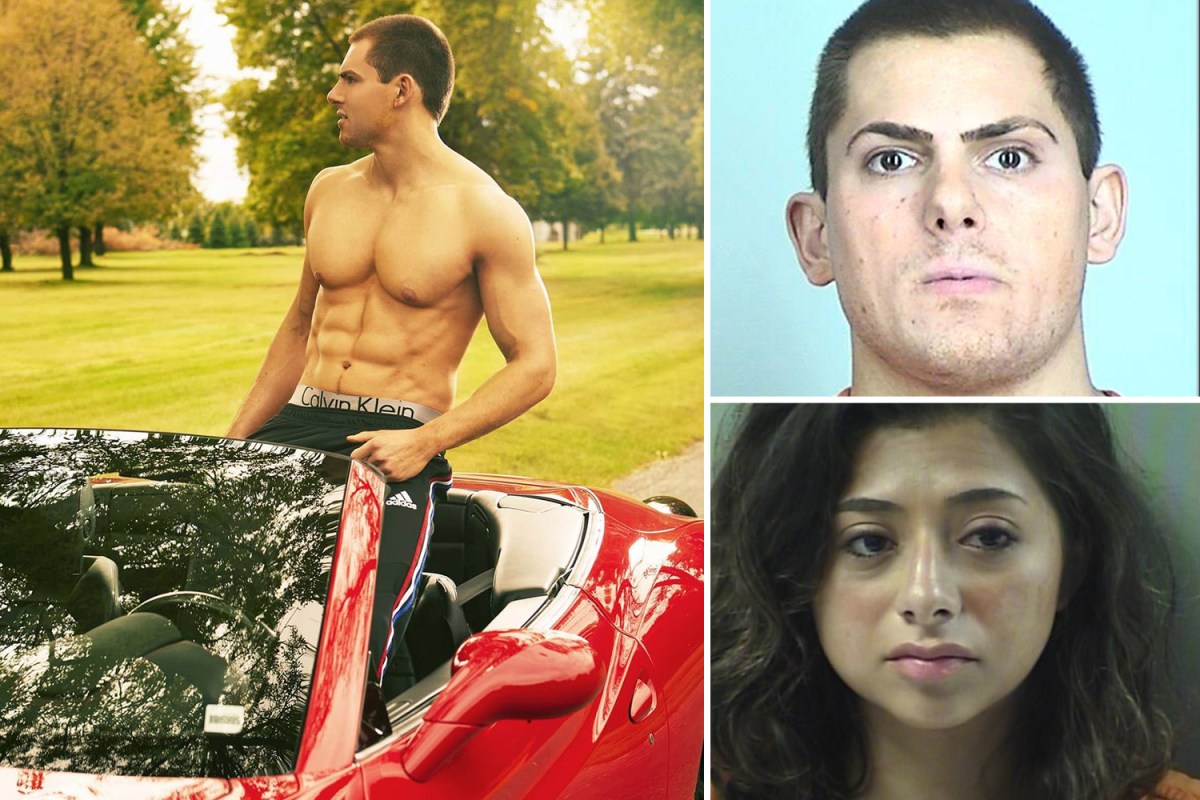 
A 19-year-old woman and her alleged Minnesota pal, Ferrari-driving playboy and Republican strategist Anton Lazzaro, have been arrested on accusations of preying on young girls and recruiting them for sex.

Lazzaro, 30, faces the same criminal charges, having been arrested in Minneapolis on Thursday morning, according to jail records.

Lazzaro is accused of pairing up with an associate in a months-long campaign in 2020 to recruit five young girls for paid sex, according to an indictment.

An attempt to pressure a sixth girl was also made, according to the indictment, which reportedly has Castro Medina’s name redacted.

Castro Medina had been labeled a “fugitive from justice,” according to the Okaloosa County Sheriff’s Department.

The 19-year-old will reportedly be transported to Minnesota by the request of the Minnesota FBI, where she is expected to appear in federal court soon.

According to The Daily Beast, the FBI searched Lazzaro’s luxury downtown Minneapolis apartment back in December 2020, hoping to discover evidence of who the strategist was bringing in and out of the building.

Agents seized Lazzaro’s 2010 convertible Ferrari, $371,240 in U.S. bills, assorted cash from 10 other countries, gold bullion currently worth more than $931,000, a similar amount of silver, and 13 phones, according to court records.

One phone had been specifically designed to be quickly wiped of data with a single swipe, the records said.

Back in May, a photo was reportedly posted on Instagram that showed Castro Medina and Lazzaro together at an event.

Each had a different partner by their side the report said, and according to two of Lazzaro’s former associates, he is currently dating an 18-year-old woman.

One former associate reportedly said that Lazzaro met the woman through Castro Medina.

Online, Castro Medina says she is a a student living in St. Paul, Minnesota, attending the Catholic University of St. Thomas and working at a property management company.

According to reports, Castro Medina was formerly the chair of the Minnesota College Republicans chapter at St. Thomas.

On Saturday, Nia Moore, the group’s chair, said in a statement: “We as an organization are absolutely disgusted by the actions of Ms. Medina, and have cut all ties with her effective immediately.

“Our prayers go out to the victims of Anton Lazzaro and Gisela Medina — we believe you. We stand with you. May justice be served.”

Since Lazzaro’s arrest, a number of Republicans in Minnesota have looked to distance themselves from the strategist.