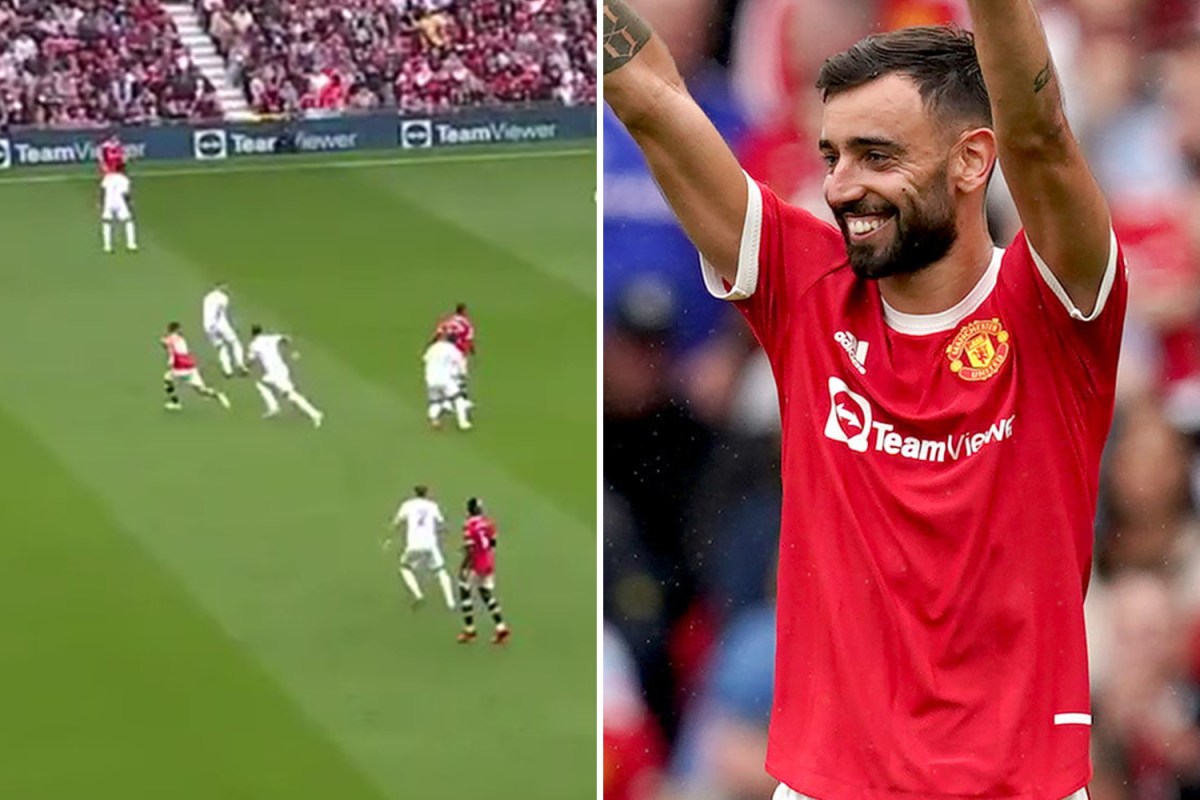 
BRUNO FERNANDES would have been DENIED a hat-trick if he had put three past Leeds last season.

United blew Leeds away 5-1 with Paul Pogba getting four assists and Fernandes scoring a hat-trick.

The 26-year-old made a good run in behind Leeds’ backline, running onto Victor Lindelof’s perfect pass.

He let the ball sit up before firing over goalkeeper Illan Meslier, sending Old Trafford into pandemonium.

The ticker lines are designed to eliminate silly calls ruling out goals that are a fraction offside, therefore giving the benefit back to the attackers.

And it worked in Fernandes’ favour as the goal stood.

PGMOL boss Mike Riley explained the change to thicker lines to the Premier League website: “Effectively what we have done is given back 20 goals to the game that were deemed offside last season by using quite forensic scrutiny.

“So it’s the toenails, the noses of players that were offside – they won’t be offside now.”

But had Fernandes completed his hat-trick in the same manner last season, he would have been flagged for offside, the Premier League have confirmed.

The thinner lines – which were just 1mm – would not have given the attacker the benefit of the doubt.

And the midfielder would have been cruelly denied the match ball.

It’s a good job Fernandes has found his goalscoring form in open play as there’s been a change in the rules for penalties being awarded.

Penalties will now not be awarded for slight contact – it must be a foul.