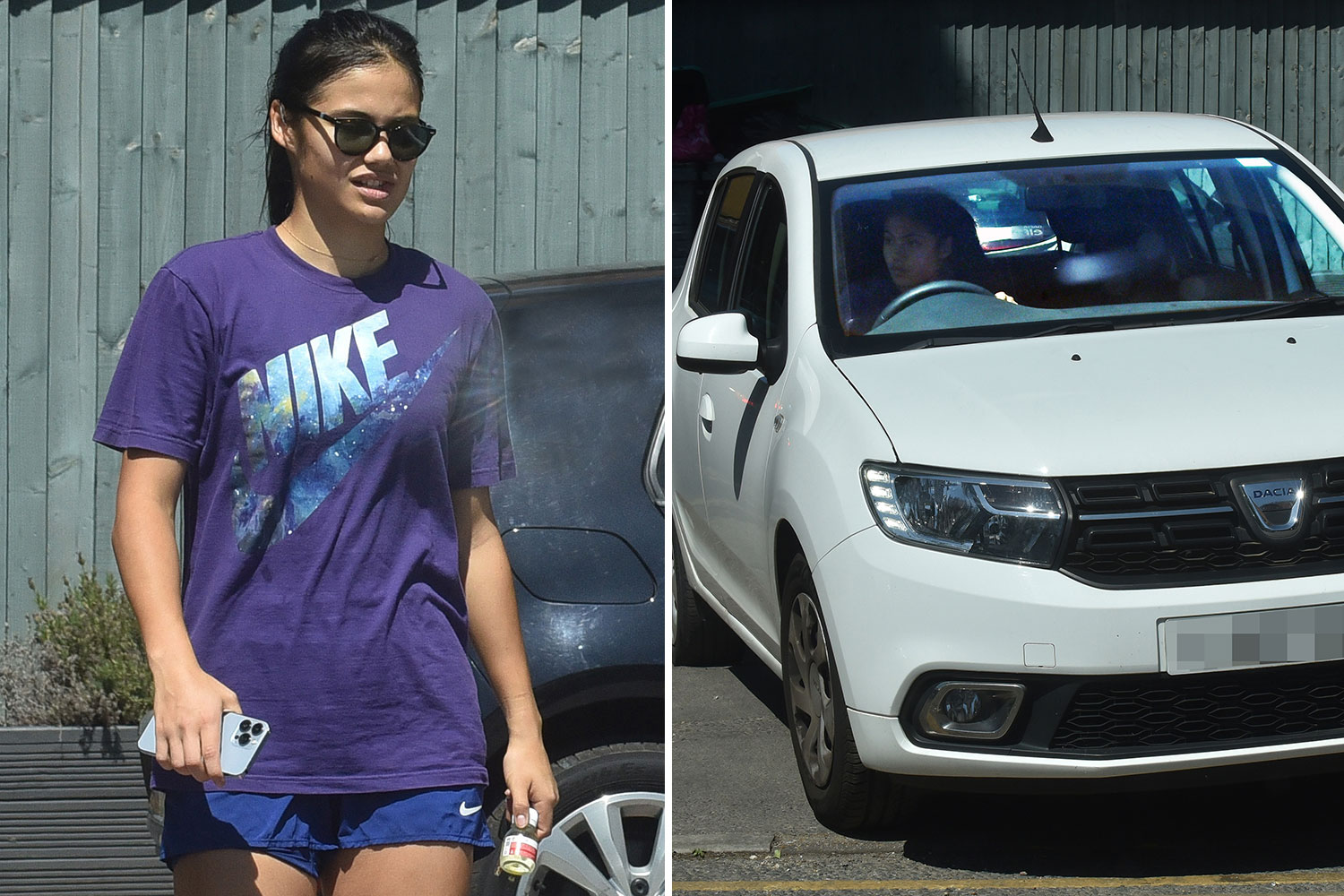 
EMMA RADUCANU proudly drives to the gym in a five-year-old Dacia Sandero, despite being a Porsche ambassador.

The humble US Open champion was pictured in a £150,000 911 GT3 white Porsche as she struck up a partnership with the luxurious brand in March.

Avid petrolhead Raducanu, 19, also took one out for a spin last month.

Earlier this year, she revealed her motor of choice, saying: “My favourite car is the 911 for sure.

“Throughout the generations it’s so unique and beautiful in every way.

“I feel like it’s one of the most iconic cars that are out there.”

She added: “When I was younger I remember the Porsche Grand Prix was always a big tournament and a very different and unique tournament be cause the winner would get a Porsche.

“That was always very special.”

The British star, from Bromley, South East London, has no issues driving her Dacia for a trip to work, however.

Raducanu has been driving to the All England Club as she tries to be ready for Wimbledon next week.

The world No11 is in a race against time to play her second Championships, having been suffering with a side strain.

Raducanu was forced to retire during her Nottingham Open clash with Viktorija Golubic a fortnight ago.

She subsequently pulled out of the Rothesay Classic in Birmingham, before opting not to take a wildcard for this week’s WTA event in Eastbourne.

Should she be able to take to court, Raducanu will be seeded tenth in the women’s singles draw in SW19.

World No3 Paula Badosa has urged people not to put pressure on Britain’s No1 going into Wimbledon.

The Spaniard said: “Her situation is very tough and she already did amazing things in this sport at a very young age.

“I think most of the people are tough on her but on the other side maybe I can understand because press is press. Still, it puts so much pressure on her.

“She is a teenager still with so much to learn.

“She needs time and I think she needs more experience on tour and she will get it but I think people have to stop putting all this pressure on her and expectations.