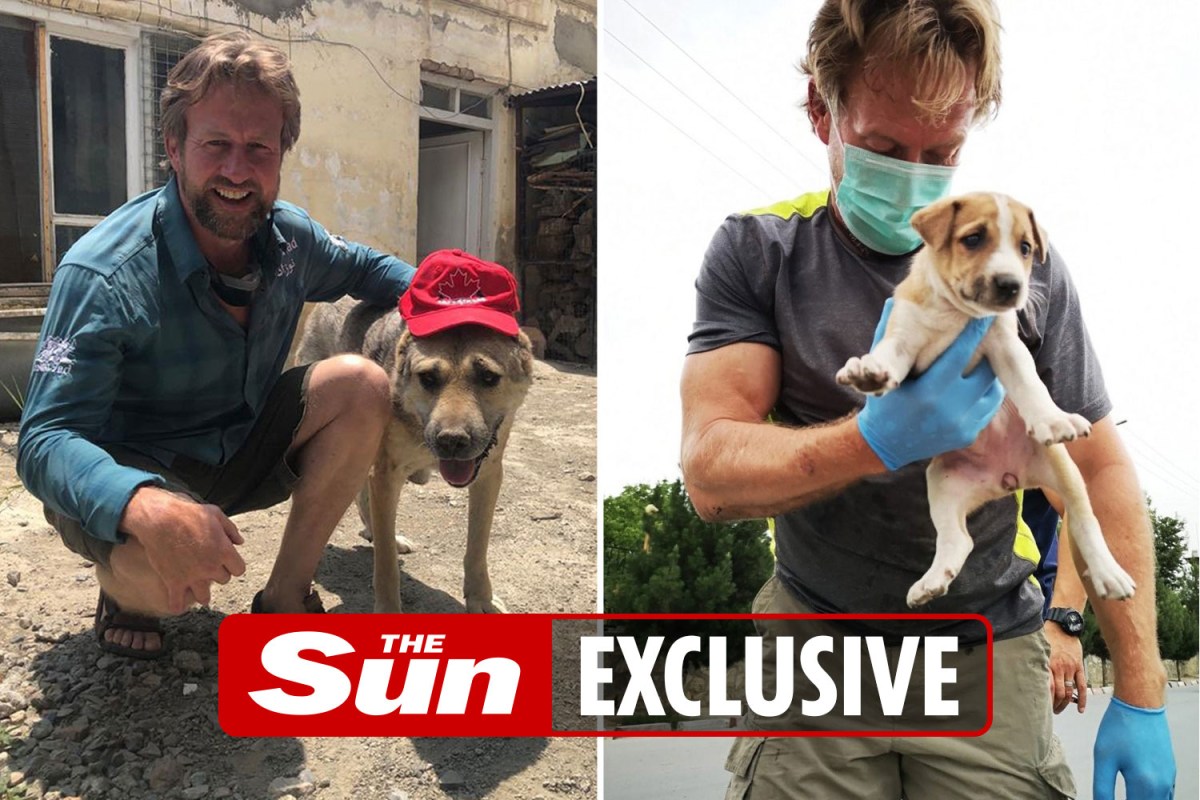 
A FORMER Royal Marine who founded a street dog shelter in Kabul said he is preparing to put all 140 of his animals down because it is too dangerous for staff to come to work now the Taliban are in power.

Ex-Commando Pen Farthing, 57, slammed Joe Biden and the West for “throwing Afghanistan to the wolves”.

He begged the UK government to rescue his staff and their families.

And he warned he may have euthanise up to 140 dogs – if his charity can’t stay open.

“It is absolutely devastating,” he told The Sun.

“I am trying to charter a plane and talking to animal friendly countries where could take them.

“But unless there is some miracle, it’s the kindest thing we can do. Rather than put them out on the street, we put some of them to sleep.”

Top female veterinary surgeon Dr Hamida Shabae, 26, who works for his Nowzad charity, said: “I have never been this scared in all my life. This is the start of dark days for women.”

She was five years old when the Taliban fell and was part of the first generation of girls to benefit from education under Kabul’s western backed government.

She graduated from Kabul University as a veterinary surgeon in 2016.

“We will not be allowed to come out of our homes anymore,” she sobbed.

“Our sisters will be banned from school.

“I have to leave. Not just for me, but my family. What if the Taliban go to them ans say, ‘Your daughter is working with foreigners’.”

All of Nowzad’s staff risk persecution for working for a western charity linked to the British military, Pen said.

The charity has 140 dogs, 60 cats, 12 donkeys, two horses, a bull and a goat called Jaja spread over three sites in Kabul.