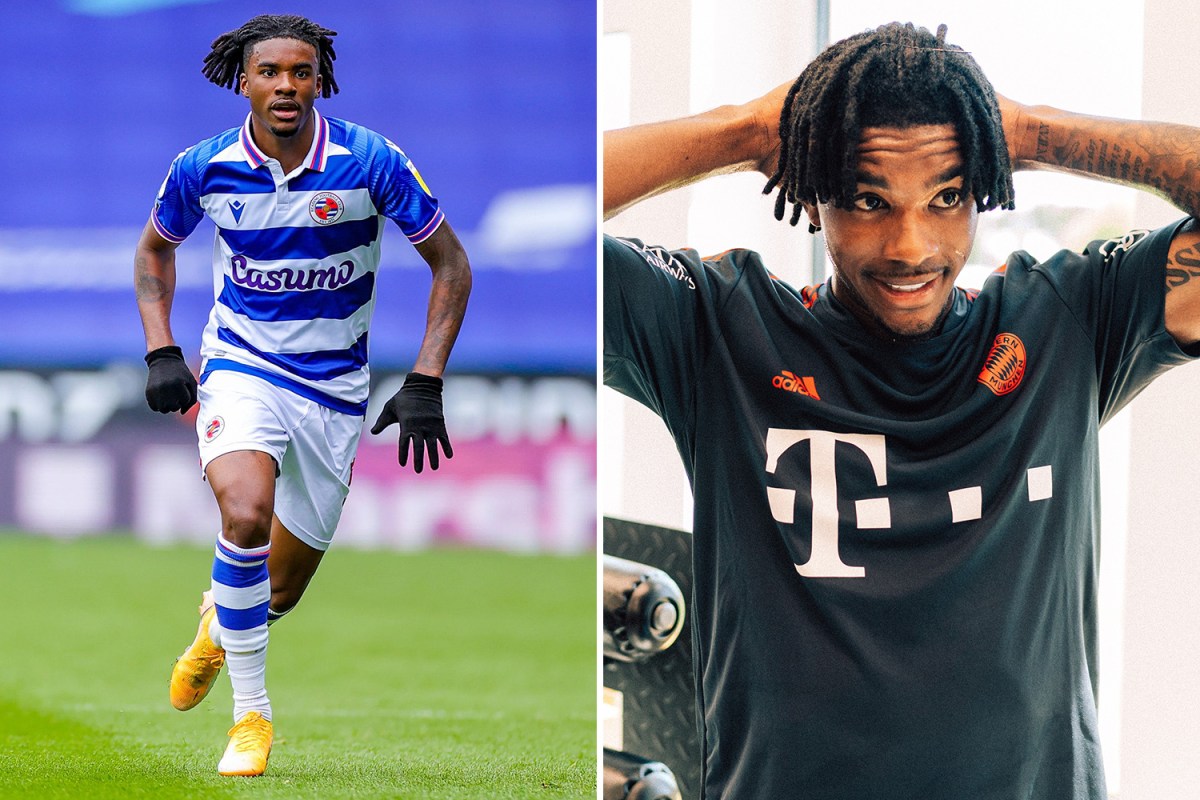 
BAYERN MUNICH begin their quest for a tenth successive Bundesliga crown on Friday, with an ex-Reading defender among their ranks.

Omar Richards was snapped up from the Championship club on a free transfer that was agreed midway through last season, such was the German giants’ interest in the left-back.

At 23, the Royals academy product has clocked up just 104 senior games – and none in a top division – but could now be thrown in at the deep end.

Injuries to Alphonso Davies and Lucas Hernandez mean Richards is being considered for a start against Borussia Monchengladbach.

Bayern boss Julian Nagelsmann is contemplating whether to risk regular starter Davies as he returns from an ankle injury in what is the coach’s own debut in the Munich dugout.

Last month, the 34-year-old boss talked up the former England Under-21 international’s start to life in Germany.

Nagelsmann stated: “Omar is an extremely smart young man who is very eager to learn and has already integrated well.

“He can already speak some German which is impressive.

“It’s extremely important that new players are willing to learn.

“I’m very satisfied with him so far. He’s training well, he has a good technique, is good with the ball and can dribble.”

Should Richards get the nod, it will represent the next step on an incredible journey that most recently saw him play against Huddersfield in May.

The defender was first choice for Reading last season having previously battled the likes of ex-Manchester United player Tyler Blackett and Wycombe’s Jordan Obita for a place in the team.

Reading’s financial difficulty meant he entered the 2020-21 campaign with just a year to run on his contract, and as soon as Bayern came calling the club’s hopes of an extension were over.

But he remained a fan favourite during a play-off push, having joined from Fulham as a kid who grew up with his single mother and two brothers.

He once said: “With football, she’d be taking me up and down to training and to matches all over the country. I’m very fortunate for that.

“I grew up with my mum, single parent, I didn’t see too much of my dad. I’m fortunate for her making a lot of things work for me. I owe a lot of it to my mum.”

Richards is up against Munich academy talent Josip Stanisic for a starting berth on Friday if Davies is unfit.

The 21-year-old is widely seen as a more defensive option after Richards, who started life as a No10, showed off a more offensive style while appearing regularly in pre-season.

Bayern have actually struggled under Nagelsmann ahead of the new campaign, losing three and drawing one of their four friendlies.

But Friday’s opener, followed by Tuesday’s Supercup meeting with Borussia Dortmund, could see the coach and Richards make an ideal start as they step up to the demands of representing Bayern.