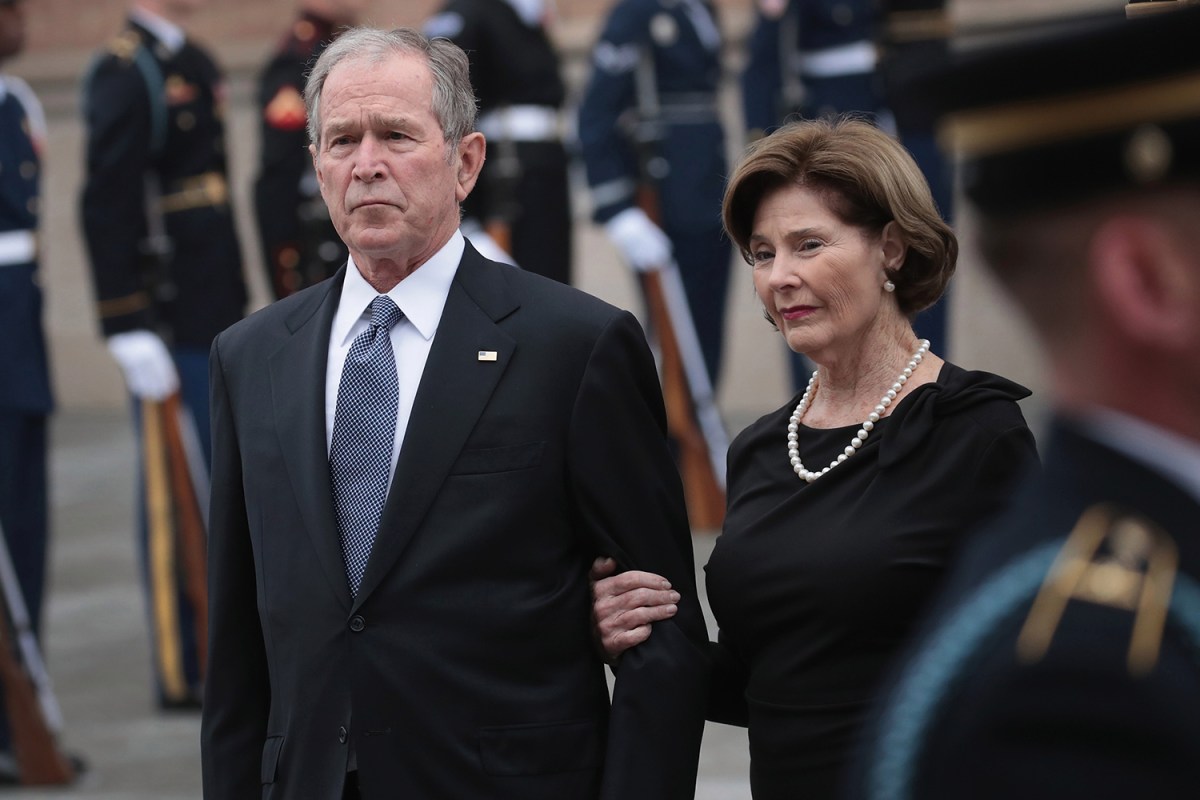 
FORMER President George W Bush and his wife have pledged allegiance to Afghans and said “our hearts are heavy” amid the chaos surrounding the United States troop withdrawal.

The ex-president and his wife, former First Lady Laura Bush, released their statement on Monday.

They said: “Laura and I have been watching the tragic events unfolding in Afghanistan with deep sadness.

“Our hearts are heavy for both the Afghan people who have suffered so much and for the Americans and NATO allies who have sacrificed so much.”

The statement continued: “The Afghans now at greatest risk are the same ones who have been on the forefront of progress inside their nation.

“President Biden has promised to evacuate these Afghans, along with American citizens and our allies. The United States government has the legal authority to cut the red tape for refugees during urgent humanitarian crises.

“And we have the responsibility and the resources to secure safe passage for them now, without bureaucratic delay. Our most stalwart allies, along with private NGOs, are ready to help.”

The former president insisted both he and his wife continue to be “confident that the evacuation efforts will be effective” and “remain optimistic.”

The statement concluded: “Laura and I, along with the team at the Bush Center, stand ready as Americans to lend our support and assistance in this time of need.

The statement concluded: “Laura and I, along with the team at the Bush Center, stand ready as Americans to lend our support and assistance in this time of need.

“Let us all resolve to be united in saving lives and praying for the people of Afghanistan.”

The former president’s statement was released after Biden finally addressed the nation on the crisis in Afghanistan as his approval dipped slightly to 50 percent.

Biden threatened “devastating force” against the Taliban if they were to interfere with the US evacuating from Afghanistan.

The president said he’s “responsible” for what has happened, but noted that the crisis in Afghanistan has lasted through four US presidents – and that “the buck stops here.”

On Sunday, the Taliban made their way into Afghanistan’s capital after the government collapsed, AP News reported.

The presidential palace in Kabul was abandoned and entered by Taliban fighters.

The statement says that those in power and authority across Afghanistan “bear responsibility — and accountability — for the protection of human life and property, and for the immediate restoration of security and civil order.”